1. Choreographer Aszure Barton’s affinity for strong unison dancing and high energy made itself known during Alvin Ailey’s American Dance Theater’s recent New York season with LIFT, a brightly exhilarating, if occasionally enigmatic, exercise. Barton’s own troupe visited the Lam Theater last weekend under the auspices of San Francisco Performances (see review). Barton’s been making dances for a long time; she choreographed for Mikhail Baryshnikov in 2000. LIFT is on the bill for the Ailey company’s visit to CalPerformances in April. Which brings us to 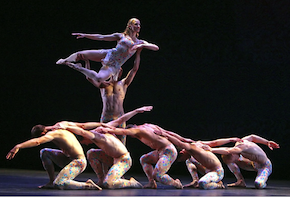 2. It’s been a huge relief to see how much improved the Alvin Ailey repertory has become under artistic director Robert Battle, appointed by Judith Jamison in 2011 as her successor. The dancers, who have been spectacular artists for years, thanks to Jamison’s guidance, now have better ballets to sink their teeth into. While some are new commissions, others are time-tested great pieces, ranging from Paul Taylor’s Arden Court, seen at Cal last year, to D-Man in the Waters, Bill T. Jones’ gorgeous tribute to his late partner Arnie Zane, slated for this Zellerbach Hall season. Founder Ailey’s iconic Revelations closes each show, but some of his other fine works — notably The River, set to Ellington — are getting exposure on the road.

3. Kudos to Cal Performances for amassing an intriguing array of modern troupes this season, including the first Bay Area visit by Cedar Lake Contemporary Ballet, Feb. 22 and 23. Led by Ailey alum Benoit Swan-Pouffer (he’s French), the troupe, which took the roof off at last year’s Spoleto Festival, presents works by Jiri Kylian, Crystal Pite, and Jo Stromgren. On March 21 and 22, the Trey McIntyre Project, makes its the final tour before disbanding, so McIntyre can explore other avenues like film and multi-media. Offerings include Mercury Half-Life, a piece that rocks to Queen. 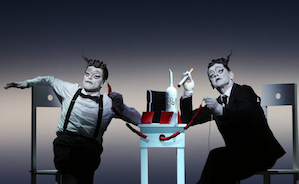 4.Baryshnikov? Always. He’s not dancing, but he’s not standing still. He’ll be in Robert Wilson’s The Old Woman, opposite Willem Dafoe, at the Brooklyn Academy of Music (BAM) in June. The work is based on a playby a recently rediscovered Russian, Daniil Kharms. Baryshnikov and Dafoe, according to BAM, play “two sides of the same corkscrewed mind.” And in the giving-back department, Baryshnikov is trying to raise a million dollars to establish an annual $50,000 Cage-Cunningham Fellowship for a deserving person or group of any artistic discipline. Fellows will create in the top-floor studio, complete with Hudson River view, of his Baryshnikov Arts Center.

5. Ballet San Jose soldiers on. Financially strapped as it nears its season opener, the company’s had to cancel its plans for live music for the opening program of the season, eliminate Saturday matinees, and delay one premiere until next season. But there are reasons for hope, notably efforts to establish chaperoned housing at San Jose State for students in its summer ballet school, as well as artistic director Jose Manuel Carreno’s Young Male Dancer initiative to identify and train promising dancers, with an eye toward offering them places in the company. Too, there’s the ongoing relationship with American Ballet Theatre to raise BSJ’s artistic quality. All the company needs is money, and what dance troupe doesn’t? The season begins Friday, Valentine’s Day, at San Jose Center for the Performing Arts. 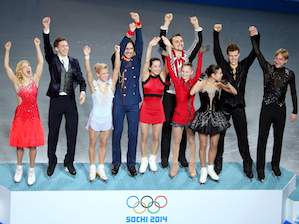 6. The Winter Olympics began last weekend at Sochi with a new team figure-skating event, won by theRussians, featuring the startling performances of old hand Evgeny Plushenko, 31, and 15-year-old Julia Lipnitskaia. Of special interest throughout the skating competitions will be whether there’s any return to an emphasis on artistry. Several stories have mentioned a new interest in the dancier aspects of the sport, fostered in part by internationally syndicated television shows like Dancing With the Stars. Too, after a long slump, increasing economic stability has produced a new group of young Russian figure skaters with a strong background in classical ballet. Skater Tatiana Volosozhar told The New York Times that skating without a display of the classicism inculcated in the Russian skaters’ souls would be “like playing soccer without the ball.”

7. At the New York City Ballet during the recent 100th birthday celebration for company co-founder George Balanchine, two tall women captured audience attention with stunning performances. Soloist Savannah Lowery, nearly 5'9" (on pointe, add five inches), sparkled in Balanchine’s Who Cares? a suite of dances set to Gershwin. Now that Charles Askegard has retired, there’s no partner who can match her for scale; paired with Amar Ramasar, Lowery danced on demi-toe. Principal dancer Maria Kowroski, 5'9" but slightly slighter, showed off brilliant extensions and the supplest of moves as she led the Diamonds section from Balanchine’s Jewels. It’s one of the great things about the company — that its dancers often rise above mere excellence. 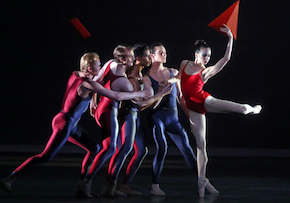 9. ODC San Francisco, at 43 a stunning, still-innovative stalwart of modern dance, premieres Boulders and Bones, a choreographic collaboration by K.T. Nelson and Brenda Way (the company’s founder and director), March 20 at the Lam Theater, Yerba Buena Center for the Arts. Boulders and Bones was inspired by the artist Andy Goldsworthy and explores transformations of art and nature. Photos by noted dance photographer R.J. Muna document a Goldsworthy installation, and “avant cellist” Zoë Keating plays live music. 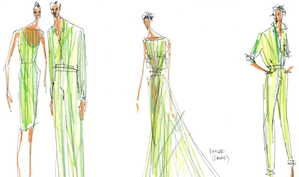 10. The Mark Morris Dance Group continues its long association with Cal Performances when it premieres Acis and Galatea, together with Philharmonia Baroque Orchestra and the Philharmonia Chorale, led byNicholas McGegan and Bruce Lamott, respectively, April 25-27 at Zellerbach Hall. Handel’s score, his first dramatic work in English, derives from a love story in Ovid’s Metamorphoses translated by John Dryden. In its original (1718) version it was a little one-act masque, but the composer expanded it in 1732 for his opera company and revised it again in 1739. Later on, Mozart arranged it in classical style, expanding the instrumentation. It is performed by four vocalists and the dance group. Sets and costumes are by Adrienne Lobel and Isaac Mizrahi, who also collaborated with Morris on King Arthur and the visual feast that was Platée.