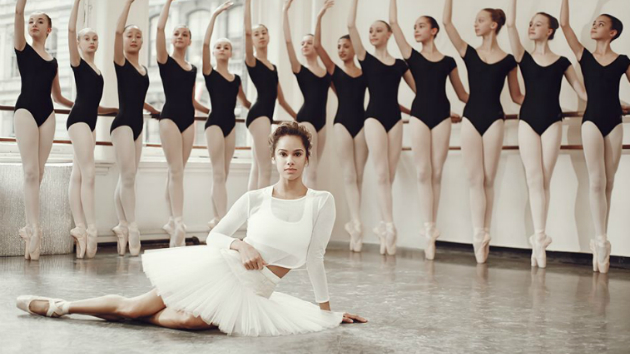 American Ballet Theater has promoted Misty Copeland to the rank of principal dancer. A star not only of the company, but of the Internet, she has become an eyeball magnet and an exemplar of hard work and persistence, and also of the power of social media, artfully employed.

Copeland is the only African-American ballerina to reach principal level in the troupe’s 75-year history. To get there, she had to overcome obstacles that included cultural expectations and prejudices, injuries, the physical transitions of reaching adulthood, and, as a teen, her mother’s opposition to her leaving home to live with her dance teacher (which resulted in a court case), among other challenges.

Copeland, 32, joined ABT when she was 17. Another company veteran, soloist Stella Abrera, was also promoted to the top rank yesterday. And Maria Kochetkova, a Russian star at the San Francisco Ballet and frequent ABT guest artist, has joined ABT as a principal dancer. It’s unusual for three dancers to ascend to the top rank at the same time, but the retirements of the well-loved ballerinas Julie Kent, Paloma Herrera, and Xiomara Reyes have left considerable room at the top.

Kochetkova also will continue as a principal dancer with the San Francisco Ballet, where Copeland, who grew up in Southern California (and didn’t take her first ballet class until age 13), attended the company’s summer ballet intensive. Copeland was offered a spot in the San Francisco Ballet School – traditionally a path to joining the company — but turned it down to return to New York and American Ballet Theater’s school. Of the major US ballet companies ... none currently has a female African-American principal dancer on its roster. Male principals of color are also nonexistent today...

When Copeland arrived at ABT as a dancer in the corps de ballet, she was the only African-American woman in a company of 80. During her eight years as a soloist, she was, like most other dancers, cast in a variety of principal roles, most notably the title role in The Firebird. As she won plaudits for her still-burgeoning artistry, the buzz in the dance world grew, gaining volume in 2015 as Copeland’s profile rose and as ABT announced its casting for their Metropolitan Opera House season: Would this be her year?

In addition to starring in Coppelia, and La Bayadere, Copeland danced the dual roles of Odette/Odile in Swan Lake — considered the most iconic and challenging in the classical canon — with the Washington Ballet during ABT’s Kennedy Center season. Last week, partnered by James Whiteside, she became the first African-American ballerina to dance those roles at the Metropolitan Opera House. The audience was ecstatic; the artistry is still burgeoning. She was unable to finish the 32 fouette turns, for instance. However, Copeland’s performance earned high marks from the New York reviewers. 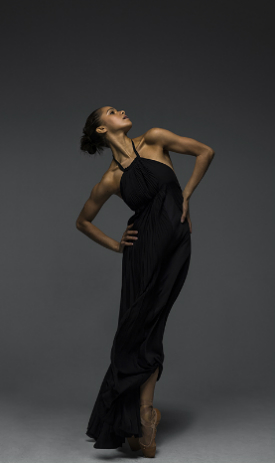 Of the major U.S. ballet companies – opinions vary, but the lists generally include the ABT, the New York City Ballet, and the San Francisco Ballet — none currently has a female African-American principal dancer on its roster. Male principals of color are also nonexistent today; Desmond Richardson is the lone ABT alumnus. At New York City Ballet, two African-Americans, Arthur Mitchell (who later co-founded Dance Theater of Harlem) and Albert Evans, who died last week, were principal dancers.

Copeland’s promotion was announced Tuesday while the company was gathered. “Misty, take a bow,” artistic director Kevin McKenzie said. She did, a little tearfully, to cheers, hugs and applause from her colleagues. The moment, replayed over and over in a continuous triumphant loop, is all over the Internet, but then, so is she.

Her commercial last July for Under Armour, “I will what I want,” was remarkable in the beauty and strength of her performance and for its voiceover – the reading of a rejection letter from a ballet school, similar to one she said she received, deeming her body, feet, height (just 5’2”)  and looks unsuitable for classical ballet. The video ended up on YouTube and drew eight million pairs of eyes. The last time a ballet dancer garnered this much general attention was the 1970s, when Mikhail Baryshnikov (who also danced with ABT) was in his prime. But that, obviously, predated social media.

Copeland’s Instagram feed has more than a half-million followers. A documentary about her screened at the Tribeca Film Festival.  Her memoir, Life in Motion, was well reviewed and is a big seller. She was a presenter at the Tony Awards. She was profiled on 60 Minutes. And as one of the 2015 Time Magazine 100, she was on the cover.

As others have noted, some with considerable asperity, Copeland is not the first African-American ballerina. There was Raven Wilkinson, a member of the Ballet Russe de Monte Carlo in the 1950s who, along with former Houston Ballet principal Lauren Anderson, greeted Copeland on the Met stage after her Swan Lake debut. Copeland has said she feels a strong responsibility to make known the history of such pioneers. She also mentors several young African-American dance students.

Copeland has been polite, but eloquent on the subject of race and ballet as well as her regard for her company and her colleagues. She wasn’t afraid, during a speaking engagement, to discuss the responsibility she feels as an African-American woman to other dancers of color. Copeland is not shy about recounting her own experiences, insecurities, and pain. And it seems as if people are listening.

In the days that followed the murder of nine African-American members of a Charleston, S.C. church congregation – the days that also included public sentiment toward removing the Confederate flag from Southern statehouses, and an emotional memorial address by the first African-American president of the United States —  Copeland’s promotion, so long in coming, seemed suddenly and ironically particularly of its time.