San Francisco’s world-famous, globe-trotting “orchestra of voices” will have a busy season of concerts in 21 states and 12 countries. The dozen singers, under new Music Director Matt Oltman, will perform in the group’s Bay Area home, as well. The season-opening concert, titled “Out of This World,” has music about the sun, the moon, the stars, and the planets.

Works by Monteverdi, Palestrina, Schumann, Mahler, and other classics are paired with more contemporary composers, including San Francisco’s Kirke Mechem. Berkeley composer Mason Bates will have the premiere of his work about transmissions from outer space; and Cells Planets, by Erica Lloyd of Little Grey Girlfriend, is heard in a new arrangement for Chanticleer. 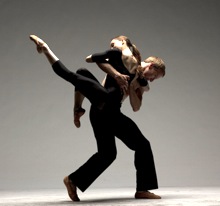 For 19 years now, WestWave Dance has been presenting contemporary choreography, and this year’s programs begin with a rich mix of dance companies and choreographers, including Amy Seiwert’s im’ij-re, Kat Worthington’s Copious Dance Theater, Katie Faulkner’s little seismic dance company, the Stacey Printz Dance Company, and Takehiro Ueyama’s TAKE Dance. If some (or most) of this seems unfamiliar, that’s exactly the reason for the recommendation.

These concerts present an international authority on Mozart, Robert Levin, a musicologist, pianist, and entertainer who performs on the fortepiano, which was an early version of the instrument used by Haydn, Mozart, and Beethoven at the beginning of their careers. 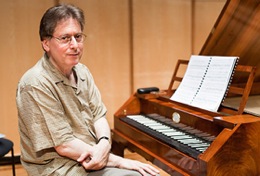 Besides playing a Mozart concerto, Levin will also present the U.S. premiere of hitherto unknown fragments of music for fortepiano and orchestra by Mozart. Levin will do another of his specialties: playing variations on themes suggested by the audience. Nicholas McGegan will also conduct Mozart’s Symphony No. 41, “Jupiter.” 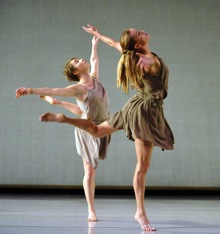 The association between the Mark Morris Dance Group and Cal Performances has been a long and happy one, with the world-renowned choreographer regularly taking new works to Berkeley. For its 2010 appearance, the company presents the West Coast premiere of Socrates, a three-part drama with text by Plato and music by Erik Satie. Unwilling to dance to recorded music as many small companies do, Morris once again uses live accompaniment: a tenor and a pianist.

Also on the program: Morris’ 2007 Looky, with music by Kyle Gann. The program begins with the 1990 Behemoth, Morris’ only work danced in silence, running almost an hour long. It is one of the choreographer’s more challenging if less popular dances. 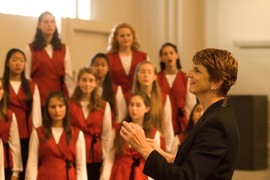 The San Francisco Girls Chorus — winners of five Grammy Awards (so far …) — opens its season with a program titled “The Power of Place.” It features the Girls Chorus premiere of Valjo Tormis’ Spring Sketches, along with works by Brahms, Michael Haydn, Eric Whitacre (Five Hebrew Love Songs), Hildegard of Bingen, and others.

Participating with the chorus is the New Esterházy String Quartet, period instrument specialists, known for its exploration of Haydn’s works. This will be Artistic Director Susan McMane’s 10th season, marked with a retrospective of her programming, along with new works.

Violinist and conductor Robert McDuffie will lead the Venice Baroque Orchestra in an unusual concert, pairing Vivaldi’s 1723 Four Seasons with the West Coast premiere of Philip Glass’ 2009 Violin Concerto No. 2. The Glass concerto is titled The American Four Seasons and was written for McDuffie, who premiered it last year in Toronto. 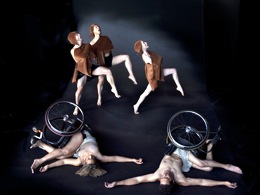 The new ODC Theater is the venue for a first-time collaboration between inkBoat and AXIS Dance. The event is called “ODD,” inspired by works of the Norwegian painter Odd Nerdrum. inkBoat dancers share the stage with AXIS Dance Company, a unique ensemble that integrates performers with and without disabilities.

This collaboration, a premiere, consists of a series of dances choreographed by current ODC artist in residence and inkBoat Artistic Director Shinichi Iova-Koga, with musical accompaniment by cellist/composer Joan Jeanrenaud, formerly of the Kronos Quartet, and musician/vocalist Dohee Lee.

Tom Stoppard used the old mnenomic (for the notes on the treble clef) to write a complex and entertaining play, with music by André Previn. An internationalized/politicized variation on the theme of One Flew Over the Cuckoo’s Nest, EGBDF (1977) is about a dissident imprisoned in a Soviet mental hospital. He can hope for release only if he admits that his statements against the government were caused by a mental disorder, which is, of course, a concocted illness.

The American Conservatory Theater collaborates with the San Francisco Conservatory of Music on this production. Giles Havergal directs and Nicole Paiement’s BluePrint Ensemble plays the score. The show is presented, unfortunately, only on one night, at two performances. The concert also features Dimitri Yanov-Yanovski’s Lux aeterna, with the reading of letters from Soviet dissidents.