Across the country, significant musical institutions ranging from the Metropolitan Opera to the San Francisco Symphony have canceled performances through the end of the year, extending the cultural nuclear winter detonated by COVID-19 four months ago. This isn’t to say artists haven’t been active during the pandemic, but the field’s introspection and virtual offerings — while worthwhile and often wonderful — simply aren’t live performances, the lifeblood of this particular art form.

And yet, sunlight begins to knife through the clouds. Smaller ensembles, better equipped to pivot to the new normal of quarantine and gathering caps, are emerging in the U.S. once more, following in the footsteps of European countries that have quelled outbreaks more successfully than most of the United States.

Alarm Will Sound, one of the most vigorous and alert new-music ensembles of this era, has announced a run of live performances in upstate New York.

According to the 20-member ensemble’s artistic director and conductor, Alan Pierson, Alarm Will Sound continued working straight through the pandemic on a variety of projects and commissions. The performances on Aug. 7 and 9 at PS21 in Chatham, New York, and Artpark in Niagara, New York, respectively, will feature Pulitzer Prize-winning composer John Luther Adams’s 10,000 Birds, premiered by AWS in St. Louis in 2014.

“This piece is particularly well suited for right now,” Pierson said in a phone call from Mannheim, Germany. “It’s about a sense of community as well as connecting to nature, and it creates a sacred space, but in a humanist sense not a religious.” 10,000 Birds is a part of Adams’s series of works intended for outdoor or indoor-outdoor performance, a series he called the “most significant and radical” of his career. “Now, at this moment, it really seems that the music is more useful in a sense than I might have imagined,” Adams said, also on a phone call, from an “undisclosed location” in the Chihuahuan Desert. “This gives musicians and listeners an opportunity to get back together in the real-world plane, and nothing else can approximate that.”

Adams transcribed bird gestures and songs for instrumental ensemble, a practice he’s maintained for years: “Birds have been with me my whole creative life and I’m not finished with them yet,” he said. “I keep a notebook in my studio, when I hear a new bird song it goes into the bird book. They’re my first teachers I’m still learning.” The music is unstructured — Alarm Will Sound worked with Adams to create a narrative of sound and movement that sweeps listeners from morning to evening. Musicians are will be spaced around the performance areas to create antiphonal calls and responses, and they’ll move around the space (still socially distanced from each other and the audience members) over the course of the 70-minute concert. No performance is quite the same.

“This is kind of music is a model for the kind of society I’d like to live in,” Adams said. “If we lived in a culture or society or world where each of us felt more fully present in the moment and in the place and more fully responsible for and empowered by our own experience, I think we’d be a lot more successful in dealing with COVID-19 and climate change.”

The performance at PS21 will be livestreamed globally, the culmination of a weeklong residency that began Aug. 2, where the ensemble will work and develop other commissions in person for the first time in four months. The day before the performance, AWS will deliver another performance inspired by 10,000 Birds called Follow Me Into the Field, leading attendees on a musical tour of the PS21 landscape, as the performance venue is located on more than 100 acres of meadows, woodlands, and orchards.

Experimental theater and opera director Ashley Tata worked with the ensemble on an environmental adaptation of Adams’s music for this performance. “I feel really fortunate that we have this piece in our repertoire that so fits the moment that we’re in,” Pierson said. “The piece is very flexible, and it’s really about a very different kind of consciousness. It’s not about creating a carefully composed ensemble sound together, it’s about creating a space for an audience.” 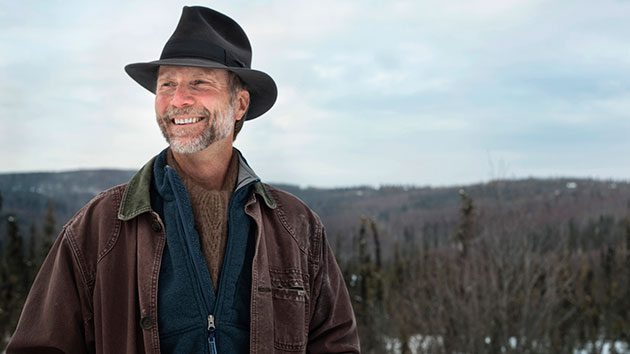 PS21 has gone to stringent lengths to maximize the safety of both artists and audience members during the residency and performances. “We approached this with the idea of ensuring that we could manage the risk responsibly and effectively,” said Elena Siyanko, executive director of PS21. “It’s not 100 percent effective of course, but we’re managing risk.” Musicians will stay in artist residences and won’t share bathrooms or showers. The audience will be capped at 50 people and will be required to wear masks. The concert is only about 70 minutes with no intermission to cut down on mingling, and listeners will be spaced strategically throughout the hall. The space’s café will be closed. Programs will be sent by email as pdfs. Ushers are all younger to minimize risk to their health.

The ensemble will rehearse in an open, aerated barn with plenty of space to spread out, at least 10 feet for wind instruments even outdoors, and no wind instruments playing indoors to cut down on particle spread. Participants must report symptoms daily and undergo temperature evaluations, and they’ve all quarantined and isolated in advance of arrival. “We’ve been joking that if you need to go to the bathroom during rehearsal you can always go into the forest,” Siyanko said, laughing. And during the concert there will be a trained staff sanitizing bathrooms between each use as well as the seats and backstage areas. Alarm Will Sound isn’t the only upcoming residency at PS21, and Siyanko hopes the new format will provide a way back for some groups.

During the lockdowns, Pierson created a digital version of 10,000 Birds recorded on 26 screens at home to help weather the shutdown, available on YouTube.

For his part, Adams said he’s devoting his attention to outdoor pieces with an idea of a community of solitude, as listeners experience the motion of his music from a unique vantage point, something he hopes fixes that experience more intensely. “I often say music is not what I do, it’s how I understand the world,” he said. “Music is the highest form of experience, and that’s what I want for you. It’s like a camping trip, where everybody is going to be together in this intense experience. Really, we are in this all together.”

NB: This article originally reported that Alan Pierson was on the phone from Mannheim, NY when, obviously, we meant Mannheim, Germany. We regret the error.