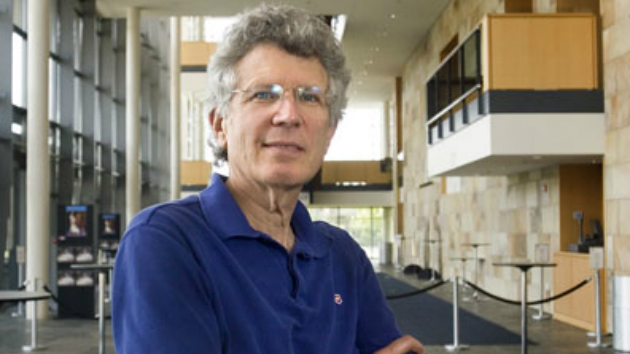 This is the second in a series of pieces about efforts to develop new performing arts audiences.

Don Roth is the executive director of the Mondavi Center of the Performing Arts at the University of California at Davis. We reached him the other afternoon while he was riding the train from Davis to San Francisco. He is forever returning to the city. In the 1980s he was the general manger of the San Francisco Symphony, before going on to become president of the Oregon Symphony.

In 1998-2001, he was appointed president and executive director of the St. Louis Symphony, where he matched artistic success with a stunning effort to give the orchestra financial stability.

His background includes a B.A. from Brown; an M.A. from Yale; and a Ph.D from the University of Texas — with a focus on African-American History. And so it’s actually Dr. Don Roth.

He returned to the Bay Area in 2005, and, beyond his work as a presenter, he has become an authority on arts audiences; he lectures to undergraduates on how audiences might regain their “sovereignty.” In essence, his strategy is to instill a new sense of concert decorum by re-establishing some old protocols, above all, spontaneity.

Roth’s notion is that the way to recapture audience spontaneity is “on the spot,” and in the moment: “It’s the artist who must lead this change,” he said. “Any time they can connect with the audience the better. But you understand this doesn’t have to be an educational exercise. It’s simply saying a few words about why a particular piece is on the program. ‘This is what I like about it.’  ‘This is what it means to me.’ And the artist might add, ‘if there are moments in this piece where you feel like applauding, then do it’…”

And if the artist isn’t comfortable with saying something? Then, no matter; he or she doesn’t say anything. Roth’s dictum is, “do what you feel like. Act in the way the music encourages you to act.”

Aside from the artist’s responsibility, Roth has come to believe that audiences need to do a better job of reasserting themselves. They need to spend more time preparing for a concert, discovering or rediscovering the music, as well as finding out about the musicians. Audience members also need to disconnect themselves, literally and figuratively, from daily life, and be open to a musical experience that’s simultaneously emotional, intellectual, and spiritual. “You have to surrender and give yourself a chance to be in that room with the artist and not in quotidian life.” — Don Roth

“It’s one thing to be at a Neil Young concert where the culture is to take pictures, post them, and share the concert with friends. I get all that, but you can’t listen to Mahler’s Second Symphony and be texting people, and then expect to experience what Mahler was writing about. You just can’t. So you have to surrender and give yourself a chance to be in that room with the artist and not in quotidian life. That means you have to put away your Playbill, which is the equivalent of the iPhone for older people — you can always tell when they’re not engaged because that’s when they start rustling through the pages.”

If it were up Don Roth, there would be no Playbills in the concert hall and certainly no mobile phones. Which is a profound change in his thinking, because Roth is a good friend of Roland Valliere, creator of the Concert Companion. That was the hand-held device designed in 2003 to combine both the background information you find in a Playbill and live-streamed commentary on a piece of music.  CoCo, as it was called, wasn’t able to attract enough funding to survive, but the idea is very much alive in Philadelphia where patrons can come to a concert and download an app to their phone. The offering, called LiveNote, is in many ways a new iteration of the Concert Companion.

“What I liked about Roland’s effort,” says Roth, “was that it served as a crutch for newcomers. But today I’m less enthusiastic about that approach. My focus now is to do everything possible to make people comfortable with their opinions, with their own reactions, rather than always being told what’s happening next.”

What bothers Roth is when people say, “I don’t understand it. I’m not educated enough to enjoy this”. That’s the attitude he’s trying to change. Roth himself was not educated musically but had friends who were musicians and was often drawn to performances. “I just went to performances a lot, and after a while I became comfortable in my own opinions. The more you listen, the more you hear.”

Roth would like to see classical arts audiences respond to performances the way they do at the movies. “Nobody feels they have to be a film critic to say, ‘I really loved that’ or ‘I really hated that,’ That’s what classical arts suffer from.”

A Presenter’s Point of View

Roth’s signature includes intertaining performers such as the Ukelele Orchestra of Great Britain and the Mnozil Brass, as well as interesting one-off experiments such as Schubert songs with guitar accompaniment (a recent program featuring Philippe Sly and J.C. Britton.) Next year, he’ll present, among others, the Russian National Orchestra with Yuja Wang. Also, the Ethel String Quartet and The Handel and Haydn Society, led by Harry Christophers and Aislinn Noske. And so the question, how does Roth translate his theory to programmatic practice?

For us, the first measure is all about quality, artistic quality, within a given genre. In the course of a relatively complex season of classical presentations, some of the artists will be ones we know are great at engagement with audiences (both those "in the know" and those less familiar with the music) and others for whom that is not a strength. We would not exclude an artist whose work we thought was important because he or she was not strong on the engagement side - because at the end of the day, great work will speak for itself. Fortunately, the majority of the artists we are fortunate to work with also connect at multiple levels of engagement … through playing, speaking, teaching etc.”

And then there’s the fact that classical music is no longer part of the culture — certainly in the way it was when Aaron Copland’s Clarinet Concerto was broadcast live on NBC radio in November, 1950. It’s worth noting that the concerto was commissioned by Benny Goodman, who was then looking for a blend of classical and jazz expression.

“I don’t have an answer for that,” said Roth. “It certainly makes our life harder.”

He added that when imagining audiences he often thinks of Ingmar Bergman’s 1975 film The Magic Flute. During the overture the director dwells on the face of a young girl clearly entranced by the music, as though inside and outside of it at the same time, dreamy, yet focused and wise.

“That expression,” said Roth, “that’s the expression I’m looking for in an audience.”

This article was revised, with additions, on May 24.