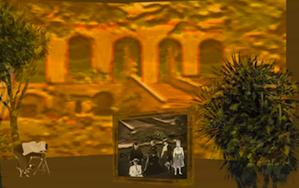 Contemporary composers continue to expand the operatic repertoire, with each season bringing new works to the stage. Yet there’s a surprising shortage of recent operas for children and families. Ask even seasoned operagoers to name the last children’s opera they’ve seen, and the answer is likely to be Hansel and Gretel — which is 120 years old.

This month brings a new entry to the list, as Nolan Gasser’s opera The Secret Garden is premiered March 1 at Zellerbach Hall on the UC Berkeley campus in a co-presentation by San Francisco Opera and Cal Performances. Based on Frances Hodgson Burnett’s novel, the work features a libretto by British novelist and playwright Carey Harrison, with scenic designs by visual artist Naomie Kremer. Conducted by Sara Jobin and directed by José Maria Condemi, it runs for five performances through March 10 as a coproduction of San Francisco Opera and Cal Performances.

David Gockley, San Francisco Opera’s general director since 2006, has been thinking about family operas for some time. In 2008, he and Cal Performances Director Robert Cole teamed up to present Rachel Portman’s The Little Prince, based on the novel by Antoine Saint-Exupéry. 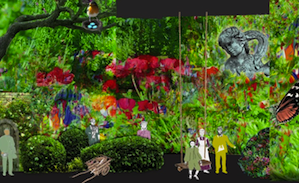 But Gockley says that operas for young audiences are few and far between. “There’s L’Enfant [et les sortileges], which takes a huge orchestra; The Golden Cockerel, again way outsized,” he explains. “Finding a work that takes a manageable number of performers, both in the orchestra and onstage, is something to be sought, and there are not a lot of obvious pieces to choose from.”

When Gasser approached him about writing a new work, Gockley was interested. He’d heard the composer’s music performed in a variety of settings throughout the Bay Area, most recently at the opening of Weill Hall on the Sonoma University campus last November. “I liked the work very much,” says Gockley, “and was taken by his abilities as a composer — a kind of impressionistic musical language that is tonally based. I wanted a piece that would be immediately embraced. And so we moved ahead.” With Harrison, they began compiling a list of possible sources; Burnett’s novel quickly rose to the top.

First introduced in serial form in 1910, and published in its entirety in 1911, The Secret Garden tells the story of Mary Lennox, an English girl who is orphaned when her parents die in India during a cholera epidemic. She returns to England and takes up residence at her uncle’s Yorkshire estate, Misselthwaite Manor, where she discovers a fantasy world behind a walled garden. Inspired by Burnett’s adherence to the Christian Science religion, the novel is now considered a classic of children’s literature.

For the opera’s creative team, it was a source full of potential. “It just seemed a very healthy, wholesome story,” says Gockley. “Mary is suddenly thrust into a whole new world. She finds another crushed spirit in the little boy, Colin, who believes himself to be an invalid, and together they rehabilitate — not only themselves, but the entire household.”

“The visual effect fools the eye a little bit, so you don’t know what’s painted and what’s projected until it moves.” –Designer Naomie Kremer

Gasser, whose compositions span orchestral works and musical theater — he’s currently writing a musical based on Benny and Joon — says that he and Harrison considered several sources. (Kafka’s Metamorphosis was on the list, he notes: “obviously, not quite so ideal, even though we know how much kids love bugs.”) But Secret Garden was always a top contender. “It’s just a timeless story,” he says, “the power of nature to heal both the soul and the body.”

Gasser’s only reservation was the Secret Garden musical by Lucy Simon and Marsha Norman (Burnett’s book has been adapted for numerous films and stagings, including that 1991 musical). Still, Gockley says he was undaunted by the work’s previous incarnations: “I was aware of the musical, and knew that it had had good success. But we felt strongly about the subject and wanted to pursue it.”

Gasser, based in Petaluma, says that he and Harrison — the son of British actor Rex Harrison — took care to re-create the essence of Burnett’s story, focusing on the children’s transformation (the musical places greater emphasis on the adults). Composed for eight singers and 10 musicians, the score comprises a prologue and two acts. Gasser says it’s both compact and accessible.

“I’m a student of the Renaissance, and I think my natural inclination is to have sonorities that are consonant and pleasing,” says Gasser. “I was very cognizant of the fact that this opera was going to be listened to and observed by kids and parents who don’t necessarily go to the opera a lot, or even attend many classical concerts. So rhythmically, the music is very vibrant, very accessible. It’s not a musical. There are a lot of arias, with very strong melodies — melodies that, by the end of the opera, I hope people will be humming.”

“People tell me it was their favorite book growing up. It’s such a universal tale, and it’s one that crosses generations.” –Composer Nolan Gasser

In addition to his work as a composer, Gasser is the architect of the Music Genome Project — the technology behind the music-streaming giant Pandora Radio. “My whole life as a musician has been spent analyzing great music,” he says. “You obviously absorb many different practices and techniques, and I’ve always been very eclectic.” The opera opens in India, he notes, with a leitmotif reminiscent of Indian ragas. Other themes are drawn from English folk melodies. “We’re lucky as composers in the early 21st century,” adds Gasser. “We have such a wide tool kit. We can write music that shows that we listened to Penderecki and the Beatles. This opera probably shows that I’ve been doing both.” 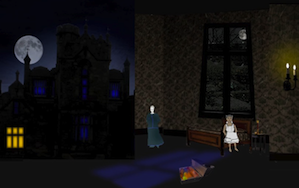 Sara Jobin, who also conducted the Berkeley performances of The Little Prince, says Gasser’s score is tuneful and full of feeling. “Nolan writes in a thoroughly American idiom with wide appeal,” says the conductor, who had just finished leading the first rehearsal of Act 2. “It was exciting for all of us to hear the piece come together and its emotional power begin to emerge.” The cast features Sarah Shaffer as Mary, Michael Kepler Meo as Colin, Scott Joiner as Dickon, Philippe Sly as Archibald, and Laura Krumm as Martha — all energetic and fully committed, says Jobin.

The task of conjuring the opera’s visual magic fell to Kremer, a Berkeley-based painter who has contributed scenic designs for Berkeley Opera and the Margaret Jenkins Dance Company. In 2001, she began developing a series of animated “hybrid paintings.”

“They’re paintings on which I project video that I make specifically for that purpose,” says Kremer, whose work served as a vivid backdrop for Berkeley Opera’s Bluebeard's Castle in 2008. “The visual effect fools the eye a little bit, so you don’t know what’s painted and what’s projected until it moves.” 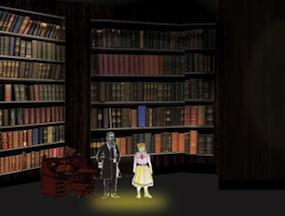 Kremer’s been working on her designs for The Secret Garden for over a year ( see video, and the result is a fantastic collection of interior settings and nature scenes. “I wanted it to be slightly surreal and sort of dreamlike,” she says. “In the children’s rooms, the wallpaper has a moving component. Even the garden scenes have something going on. I thought that was a better re-creation of the real world. In real life, there’s always some movement in our peripheral vision, whether it’s shadows, or leaves moving on the trees.”

Over the last year, Kremer traveled in search of images. Her designs include video from Spain, Paris, and London. She journeyed from London to Yorkshire by train — the same trip that Mary takes in the book — shooting footage on the moors along the way. She included video taken at manor houses in Yorkshire — “there are some incredible gardens there, very Downton Abbey!” — and in various gardens in the Bay Area, including her own.

Now that the opera is about to make its debut, Gasser seems pleased with the results. “What’s been great for me is that whenever I go to talk about The Secret Garden to people, their eyes light up,” he says. “They tell me it was their favorite book growing up. It’s such a universal tale, and it’s one that crosses generations. So it’s still alive and well, and there are parents and grandparents who grew up on it.

“We’ve had to be very creative,” he concludes. “But in the process, I think we’ve made something that will be portable and have a very long life.”