The people who run the National Academy for Recording Arts & Sciences (NARAS) have been getting an angry earful from musicians upset by the academy’s decision to drop Latin jazz, Cajun/zydeco, and 29 other categories from next year’s Grammy Awards. 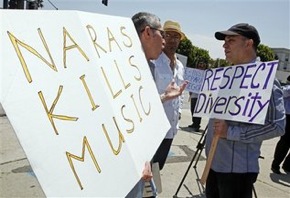 The awards for best Classical and best Classical Crossover albums have been axed, too, along with categories in every musical genre — all part of a major Grammy overhaul, announced in April. But it’s the elimination of Latin jazz, as well as other ethnic-music categories, that has triggered a wave of criticism and protests from musicians and other NARAS members in the Bay Area, New York, and Los Angeles. Big names like Carlos Santana, Paul Simon, and Herbie Hancock have joined the chorus calling on the Recording Academy, as it now calls itself, to reverse its decision.

“I feel dissed, betrayed, and stabbed in the back,” says John Santos, the esteemed Bay Area Latin percussionist, bandleader, and folklorist, who has received five Grammy nominations over the years, in the Latin Jazz, Classical Crossover, and Traditional World Music categories (the traditional and contemporary categories in most Grammy fields have now been merged). He’s one of the leaders of a loose-knit national coalition fighting to restore the dropped Grammy categories.

“The Academy created these categories, like Latin jazz, in the ’90s to recognize and support artists who represent the roots of American music,” Santos says. “The previous administration brought us in and reached out to these communities — Cajun and zydeco, Hawaiian and Native American. Now they’re telling us we’re not worthy of recognition anymore.”

Santos and others think the big record labels and other moneyed interests pressured the academy to cut and consolidate the awards because “they want to keep the focus on the pop and commercial categories,” he says. He and other local NARAS members are meeting this week in San Francisco with Recording Academy Vice President of Awards Bill Freimuth to discuss the controversial changes. Two months ago, Freimuth was here with Academy President Neil Portnow, with whom he visited NARAS chapters around the country, to explain the changes in the Grammy categories and the rules adopted by the NARAS board of trustees.

“After more than 50 years of what was really unstructured growth in the Grammy categories, the academy felt the framework was overdue for a comprehensive audit, largely to protect the prestige of the Grammy Awards and to balance the categories across the genres to ensure and enhance the competition,” Freimuth says.

“Many categories receive 400, 500, or even 700 submissions. Many of these categories that we’ve consolidated were getting 20 or 30 submissions, so just by entering, you had a one-in-five or -six chance of getting a nomination. At some point it becomes too easy to get one of these awards, and then it becomes less prestigious to get one.”

That’s B.S., responds Santos, who, along with Santana, Hancock, and Latin jazz stars such as pianist Eddie Palmieri and trumpeter Arturo Sandoval, signed a scathing letter sent to the academy brass two weeks ago.

“People spend their whole lives making this music and they don’t get a Grammy,” says the percussionist, who presided over a press conference at Yoshi’s in Oakland last month at which a letter to the academy from Santana and his wife, drummer Cindy Blackman, was read.

“Without Tito Puente, Dizzy Gillespie, João Gilberto, and countless others, there would be no Santana,” wrote the 13-time Grammy winner. “To remove Latin Jazz and many other ethnic categories is doing a huge disservice to the brilliant musicians who keep the music vibrant for their fans.... We strongly protest this decision and we ask you to represent all of the colors of the rainbow when it comes to music and give ethnic music a place in the heart of music lovers everywhere.”

That letter was mild in tone compared to the one signed by Santana et al. It chastised the Recording Academy for making “this unilateral decision” without consulting the membership at large, and derided academy executives “who have told us that it is necessary to erase and ‘consolidate’ the categories because ‘the Grammys have become a huge collage.’ The implication of this outrageous and blatantly racist justification is that it is necessary to disenfranchise Latinos, Native Americans and other minorities for the good of the Academy.”

Freimuth expected that the changes would upset some musicians who’d lost their categories. But he didn’t anticipate the intensity — “some of the depth of the anger and vitriol” — of the reaction. 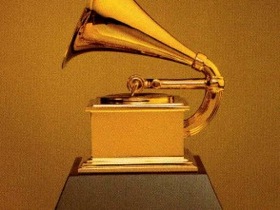 “We’re not disrespecting the music or the musicians,” he says. “Their recordings, and all recordings, still have a home somewhere in the competition.... We understand that people might be upset, but we don’t understand the quantity of misinformation about these changes that’s been put out there — how this is all driven by corporate interests, or it’s a reaction to [jazz bassist] Esperanza Spalding winning the Best New Artist award over Justin Bieber. They’re saying this is racist and anti-ethnic. Nothing could be further from the truth. These changes are across the board.”

That includes the Classical field, where the chamber music category has been folded into the small-ensemble category. And Classical Crossover — a catchall marketing phrase that covered everything from a Yo-Yo Ma Christmas album to the Turtle Island Quartet to opera star Bryn Terfel singing popular songs with the London Symphony — was simply dumped.

That leaves the noted Quartet San Francisco, a string quartet that plays everything from swing and funk to Beatles tunes and Ode to Billie Joe, looking for a new Grammy berth. The group has been nominated three times in the Crossover category, the last in 2009 for QSF Plays Brubeck.

“Now I have to find a new home, a new place to submit my work and be recognized for artistic merit,” says QSF leader Jeremy Cohen, a versatile violinist who studied with Itzhak Perlman and Anne Crowden, and is equally adept soloing with symphony orchestras and swinging like Joe Venuti.

Cohen is a San Francisco NARAS chapter governor who, like governors across the country, was not apprised of the Grammy changes that had been in the works for more than a year. According to Freimuth, a committee comprising musicians, engineers, and other NARAS trustees made recommendations that were adopted by the full board.

“I know this was not a snap decision by a few people,” Cohen says. “As an artist who’s directly impacted by it, I was upset when I learned that Classical Crossover was killed. I think people are attempting to do the right thing. I just wish as an elected official I’d been part of the discussion.”

Turtle Island Quartet founder David Balakrishnan, whose celebrated group won the Classical Crossover Grammy in 2006 and 2008, says he was surprised and disturbed when he heard that his and so many other Grammy categories were whacked. Those awards shined an international spotlight on the Bay Area group.

Still, the violinist would have preferred that the academy hadn’t killed the category. “I’m not pleased, but I’m not going to get all upset about it,” he says. “You don’t want to get too caught up in it. You just want to play your music.”