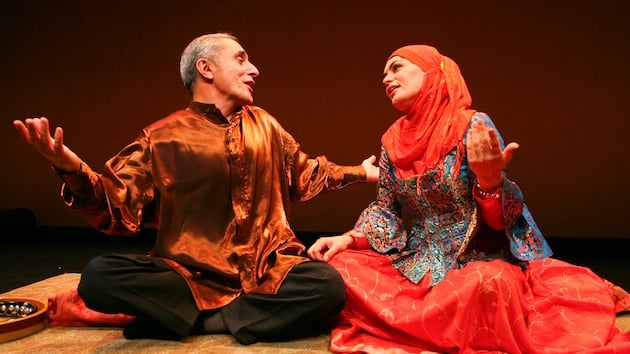 “It just does really have a lot of different worlds,” says violinist Colin Jacobsen about Layla and Majnun, the sui generis work which he’ll accompany, as part of the Silk Road Ensemble, at Zellerbach Hall at the end of the month. 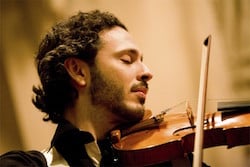 And he’s referring to different kinds of worlds. And it's their first full-length, choreographed and costumed collaboration, with the Mark Morris Dance Group providing motion and color. In terms of bridging cultures, a hallmark of Silk Road’s, the already eclectic instrumentation of the ensemble (Jacobsen and Johnny Gandelsman on violins, Nicholas Cords on viola, Karen Ouzounian on cello, Shawn Conley on contrabass, Shane Shanahan on percussion, Wu Man on the Chinese pipa, and Kojiro Umezaki on Japanese shakuhachi flute) will be joined by Azerbaijani musicians Rauf Islamov on the kamancheh, a Middle-Eastern spike fiddle, and Zaki Valiyev on the hand-held tar drum. (Yo-Yo Ma, Silk Road's founder, will not be joining the Ensemble for this performance.) 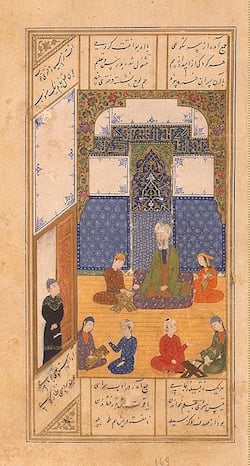 The project was initiated by another of the performers, Alim Qasimov, the world-acclaimed proponent of the improvisational Azerbaijani vocal form mugham, which he’s previously showcased in the West and in recordings with both Silk Road and the Kronos Quartet. “The story of Layla and Majnun is known throughout the Middle Eastern and Southeast Asian worlds,” notes Jacobsen. “It’s their Romeo and Juliet: two young people fall in love and cannot be together, and they die for their love for each other.”

In Baku, the capital of Azerbaijan, the story is reenacted each year in the operatic setting composed in 1908 by an indigenous composer, Uzeyir Hajibeyli, channeling both his people’s traditional music and some of the structure and theatricality of Western opera. Qasimov, says Jacobsen, “wanted to share it with the rest of the world,” and approached Silk Road with the intention of reducing the scale of Hajibeyli’s three-plus-hour, fully orchestrated work to something briefer, for a smaller ensemble. Qasimov and his daughter and protégée, Fargana Qasimova, would take on the roles of star-crossed lovers Majnun and Layla, respectively.

“So Johnny Gandelsman and I cut it down to about an hour, and made it work with the instruments in the Ensemble,” Jacobsen relates, noting that Hajibeyli had never quite realized the East-West synthesis he sought. “Johnny was the sort of lead arranger, the biggest go-between with Alim, and was the one who wrote [the idiosyncratic mugham modes] down in Western notation. Then, what I contributed is connective tissue between some of the numbers, to make this version hang together a bit more [than did the opera], and I wrote some original material for the Ensemble to play under Alim’s mugham sections.” 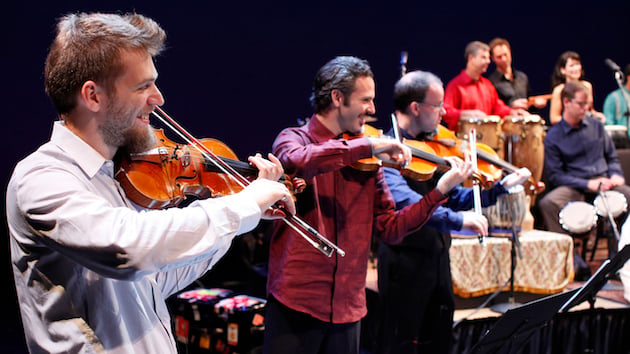 Qasimov’s vocal delivery, as witnessed in an earlier Berkeley appearance with Kronos, is stunningly powerful and emotionally affecting and, at times, masterfully improvisational. For Layla, the libretto is based on a particular setting of the story, in a Turkish dialect by 16th-century Azerbaijani poet Fuzûlî. “But I found that [Qasimov] wants you to [instrumentally] interrupt the silences, and comment on what he’s singing,” says Jacobsen. “And sometimes, we have a rhythmic vamp, while there’s free poetic recitation, and this is a recitative endemic to Azerbaijani music.” 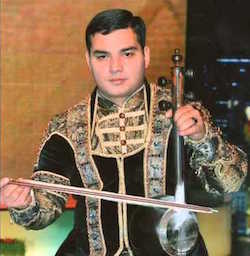 As with others of Silk Road’s cross-cultural adventures, Jacobsen has enjoyed fitting his violin to new purposes. “In the free mugham section, I take my cue from my brother of the string world, Rauf [Islamov] and his kamancheh, how he plays and his style of ornamentation and sound production. The contact point [between bow and string] he uses ranges from extreme fingerboard to extreme ponticello, [at the bridge, where the strings are attached] and his vibratos are anywhere from none to quite a wide amplitude. For ornamentation, his left hand is constantly moving in a way where you’re not sure whether it’s vibrato or trill, and it’s almost a thing you can’t notate.” Looking into nonchromatic musical structures, collaboration with Silk Road’s original kamancheh player, Kayhan Kalhor, had acquainted Jacobsen with Persian modes, but with Azerbaijani music, “the scales change in performance more often than they do in Persian. Some of the modes have microtones and some do not, but I think it’s all about the ‘blue’ note, whatever culture you’re from, learning to listen for tension-and-release.” 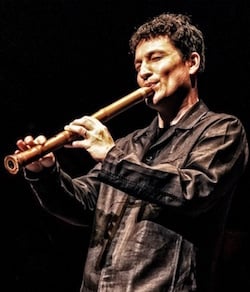 Silk Road’s two Asian players for this production play special roles, notes Jacobsen. “Ko [Umezaki, shakuhachi] is a wonderful improviser, so he’s best able to interact with Alim and Farghana and the Azerbaijani musicians, in the mugham sections. And when Layla is dying, he’s accompanying her. Pipa, in this piece, takes on the function of a lute, which coloristically feels almost like a balalaika, and that’s probably what Johnny had in mind, he being Russian himself.”

The Ensemble has performed an earlier version of Layla, and Jacobsen had fashioned an excerpt from the opera for the Brooklyn Rider string quartet, with which both he and Gandelsman perform. Silk Road first approached Mark Morris some while ago, but the choreographer took several years before agreeing to join the musicians in a full production. “We think he’s the ideal person to understand the music, and to see it in terms of staging and dance,” says Jacobsen. “The set and costume design are by Howard Hodgkin, and we found that Howard, who’s an abstract painter, has a huge collection of paintings from the Middle East and Asia. I don’t want to spoil it, because I want people to see it, but my wife, Maile Okamura, who’s a Mark Morris dancer but is not dancing in this piece, is realizing the costumes, so I’ve witnessed some. They’re flowy, very blue and very red, representing elemental things.”

The co-commission and performance of Layla and Majnun launches the current season of Cal Performance’s Berkeley Radical initiative, with the theme of “Inclusion”, which will continue to manifest in cross-cultural offerings. “We feel like this is bringing the world closer together,” says Jacobsen. “And we intend to take it around the world.” 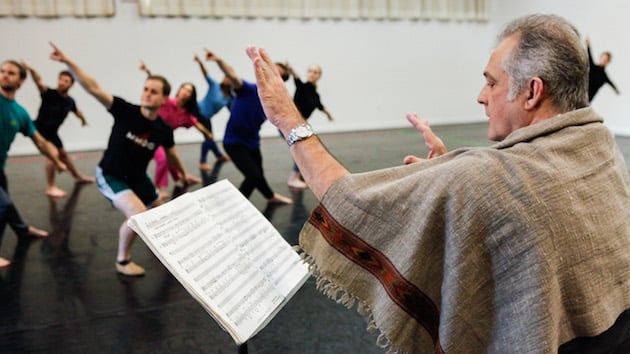