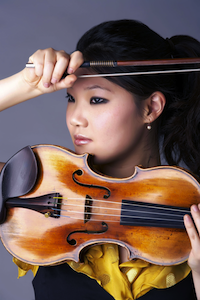 In a happily circular manner, Ballet San Jose's inaugural gala on Nov. 3 will have music by Symphony Silicon Valley. It is a benefit to create a live music fund for the company, and to take music and ballet classes into local elementary schools.

With the exception of a few large dance companies, such as San Francisco Ballet, dance is most often performed to recorded music for the simple reason that few have the budget for an orchestra or even a chamber ensemble. Ballet San Jose intends to bring back live music for its entire 2013 season.

The gala, in between dinner and a party, features the company's encore performance of Clark Tippet’s Bruch Violin Concerto No. 1 from the spring repertory season. Symphony Silicon Valley takes its place as resident orchestra for this performance, and the entire season to follow, under the baton of recently appointed Ballet San Jose Music Director George Daugherty.

Rachel Lee is the busy soloist for the Bruch concerto, in the second movement from Bach's Violin Concerto in G Minor, the music for the final movement of Stanton Welch's Clear, and Massenet's Meditation for Ashton's Thaïs Pas de Deux. 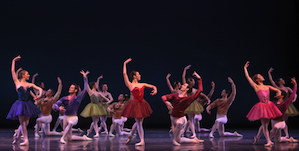 Also on the program: the "Waltz of the Flowers" from Ballet San Jose's new production of The Nutcracker, with choreography by Karen Gabay; Lacrymosa by Edward Stierle, staged by Parrish Maynard; and the grand pas de deux from Petipa's Don Quixote, staged by Wes Chapman.

Celebration Polonaise features some 100 pre-professional students of BSJ School in a staging by school principal Dalia Rawson to the "Grand Polonaise" from Tchaikovsky's The Sleeping Beauty.

The company is in the process of recovering from the crisis less than a year ago, following the ouster of founding director Dennis Nahat. The executive director is Stephanie Ziesel, Raymond Rodriguez is principal ballet master, and Wes Chapman the artistic consultant. Says Chapman of the gala:

I am very excited about this gala on so many different levels. First of all, this spectacular evening not only celebrates — and helps perpetuate — the return of a full, live orchestra to Ballet San Jose’s orchestra pit, but also the rebirth of this exceptional company as one of the Bay Area’s preeminent performing arts institutions, and one of America’s major ballet companies. I am also thrilled by the diversity of ballets, music, and performers to be spotlighted during the gala.