Lovers of early music have it made in the shade in the Bay Area. There are more offerings every year than you can possibly get to. And all the great musicians who specialize in this music play in half-a-dozen or more groups, so that keeping them straight can make your head spin. To make things easier, here are five quick hits, concerts that everybody — aficionados and casual listeners alike — should have on his or her calendar.

John Blow’s Venus and Adonis (1683) is the earliest surviving English opera, which precedes (and clearly influences) Purcell’s better-known Dido and Aeneas. It is also layered with intriguing feminist undertones, thanks to a libretto whose author, according to recent scholarship, may well have been Anne Kingswell Finch, a maid in honor to the Duchess of York. Magnificat, whose women and men can both be relied on to deliver sterling performances, joins with other outstanding female musicians from the San Francisco Girls Chorus for the modern premiere of an updated second version of this opera. 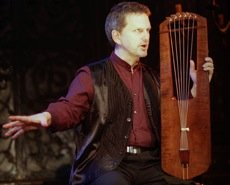 Some of us probably read a version of the Beowulf myth as disgruntled high school students. If only teachers could have invited Benjamin Bagby to perform it for us! A performer and scholar of medieval music, Bagby enacts the tale like a modern-day bard, grounding his interpretations in exhaustive research of Old English. For accompaniment he uses a reconstructed Anglo-Saxon harp, modeled on the remains of a 7th-century instrument. Combine this with Bagby’s compelling vocals and stage presence, and this concert should be a feast of musical storytelling.

As an early Baroque musical style, stylus phantasticus describes a free-flowing composition with quick-changing episodes and an improvisatory character. But the word phantasticus might just as easily characterize the musicians of Voices of Music, a conglomerate of Baroque specialists, run by the husband-and-wife team of David Tayler (lute) and Hanneke van Proosdij (harpsichord), who play really beautiful chamber music without a conductor. You’re more likely to have caught up with them via their high-def YouTube channel, which now gets more than 8,000 hits a day. If you haven’t yet, check it out, then make plans to see their November concert, in particular, which promises to be a barnburner. The performers tackle bravado violin works by Dietrich Buxtehude, Johann Rosenmüller, and Marco Uccellini. 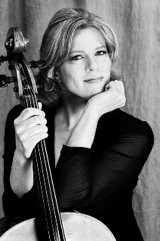 If there is one performance of “familiar” early-music repertory to catch this fall, Tanya Tomkins’ traversal of Bach’s six solo Cello Suites certainly ranks as a top contender. Equally fluent in both early and modern repertory, Tomkins has an uncanny ability to blend intense passion with an elegant, almost noble, surface polish. Reviewing her recital of three of these works for SFCV last January, I was captivated by the profound interiority of Tomkins’ performance, as if I were bearing silent witness to her own personal meditation. The opportunity to hear her masterful interpretation of these treasured classics is not to be missed.

In a first-half Bay Area season that’s discouragingly short on Renaissance repertory from major ensembles and presenting organizations, Ciaramella offers a refreshing change of pace. Bringing together a riot of winds, including shawm, sackbut, recorder, and bagpipe, along with vocalists, this ensemble combines a jovial spirit with expertly crafted programs under the guidance of director, performer, and scholar Adam Gilbert. Their take on a Christmas concert focuses on shepherds and the music inspired by them, comprising a pan-European mélange of carols, hymns, lullabies, and other works.