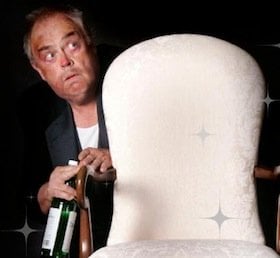 William Shakespeare probably never envisioned his plays adapted as operas; his career was already winding down by the start of the 17th century, which saw the first stagings of opera as we know it today. Yet even an imagination as fertile as Shakespeare’s might be amazed by the myriad ways his works have inspired composers through the centuries.

More than 200 operas have been based on Shakespeare’s plays, and the list keeps growing. This month, Bay Area audiences will witness the first performance of Caliban Dreams, by composer Clark Suprynowicz. The opera, to premiere in a new Berkeley West Edge Opera production on July 30, offers an original take on Shakespeare’s late-life masterpiece The Tempest.

Suprynowicz follows in a long line of composers indebted to the Bard: from Berlioz to Vaughan Williams, opera’s creators have turned to the playwright’s lofty poetry, low humor, complex portraits, and multilayered plots. The tragedies have inspired some of the biggest hits, including Verdi’s Otello and Gounod’s Romeo et Juliette. (Ambroise Thomas’ Hamlet isn’t performed as often, but its quintessentially French score has enjoyed a number of revivals in recent years.)

Composers have mined the comedies, too, with Britten’s Midsummer Night’s Dream and Berlioz’ Beatrice et Benedict being among the most often performed.

Surprisingly, the plays known as Shakespeare’s romances — Cymbeline, The Winter’s Tale, Pericles, and The Tempest — haven’t elicited the same kind of response. Written at the end of Shakespeare’s career, these are mature, if often puzzling, works. Neither comedy nor tragedy, they are distinguished by elements of magical transformation: Lost children find their parents, evil characters discover their goodness, and even the dead come back to life. One would think those qualities might be ripe for operatic treatment. Yet composers, for the most part, have avoided them.

The exception is The Tempest (written in 1610–1611). Many composers have attempted adaptations of Shakespeare’s tale of shipwrecks, betrayals, vengeance, and reconciliation. Henry Purcell wrote one; so did Lee Hoiby, Frank Martin, John Eaton, and Michael Nyman (Mozart was asked to write one, but didn’t). In recent years, British composer Thomas Adès unveiled his version of The Tempest, which premiered in London in 2004 and made its U.S. debut at Santa Fe Opera in 2006.

Through the Looking Glass, Darkly

With Caliban Dreams, Suprynowicz takes a new approach. Rather than focus on the central characters — Prospero, the exiled Duke of Milan, and his daughter, Miranda — the composer places Caliban, a supporting character in the play, center stage. The result, he says, is a “kind of a Tempest through the looking glass.”

Suprynowicz and his librettist, Amanda Moody, were intrigued by a single episode in the play: the moment when the enslaved Caliban, a native of the island, forsakes his plan to murder Prospero. Suddenly humbled, he vows to love his master, and to “be wise hereafter and seek for grace.”

“Three-quarters of the way through the play, Caliban has enlisted the help of some sailors to find Prospero and take his throne away,” Suprynowicz said over coffee recently at a Berkeley cafe. “Prospero has them bound up, and they’re made completely ineffectual and silly. That’s the last you see of them until the end of the play, when Caliban reappears and is suddenly full of forgiveness and regret. You have to wonder what happened. It’s almost as if there’s a missing scene.”

That “missing scene” was the catalyst for a work on themes of reconciliation, said Suprynowicz.

“Given what’s been going on in the world over the last 10 or 12 years, it’s a very interesting concern,” he said. “When you have people who are filled with a desire for bloody vengeance, how do they learn to find a state of grace and forgiveness?”

Caliban Dreams incorporates bits of Shakespeare’s text — “a relatively small sampling, like little celebrity visitations,” said Suprynowicz. But the opera departs from the play in significant ways. Although Ariel has a role, Miranda does not; Prospero appears only as “a shadow.” A trio of singing Furies and a chorus of creatures complete the cast.

“Given what’s been going on in the world over the last 10 or 12 years, [reconciliation] is a very interesting concern.” — composer Clark Suprynowicz

Suprynowicz, whose previous opera, Chrysalis, was staged by this company (then called Berkeley Opera) to great acclaim in 2006, wrote Caliban Dreams for the celebrated tenor John Duykers, who will sing the title role. The opera is scored for a 13-piece chamber orchestra. The sound world is equatorial, said the composer, with liberal use of percussion instruments.

“The aesthetic is very eclectic,” he noted. “There are musical references to Gilbert and Sullivan, as well as to Stravinsky, the Romantic tradition, and the Impressionist tradition. It really moves all over the map, stylistically.”

If the score is unconventional, the themes of Caliban Dreams echo the magical transformations of Shakespeare’s original.

“I’m always interested in questions that don’t necessarily have easy answers,” said the composer. “It’s been a great experience to look at that initial question: How does one find a state of forgiveness if you have every reason to be angry? I think Caliban is completely uninterested in answering that question through most of the play.

“But by the end of the night, he’s been given cause to examine how useful it is to do what he’s doing. And I think that’s a lot. If you can ask the characters onstage, and perhaps the people in the audience, to examine the things you think you’re achieving when you’re furious and bitter — to consider that perhaps they’re not best achieved through being furious and bitter — I think that’s a great thing to examine.”