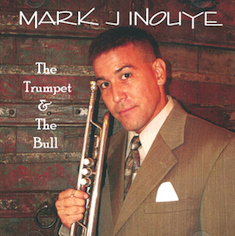 In far-away London, a critic reviewing a CD spotted, identified, and extolled an instrumental passage without ever setting eyes on the musician or even being able to name him.

The long and chromatically fecund unaccompanied trumpet prologue makes a point manifest: a badge of honour, please, to the San Francisco SO's lead trumpeter, who plays with such unity of tone that you begin to suspect he or she has had a sustain pedal hooked into the bell of the instrument.

Clark is excused, but us locals know who "he or she" is: Mark Inouye, of course!