When Dave Brubeck died two weeks ago, my first thought in looking for sources of information locally was journalist and music historian Carolyne Crawford. Her recorded interviews with artists over decades have added up to a major contribution to UC Berkeley's Regional Oral History Office, part of the tremendous Bancroft Library.

Sure enough, Crawford had two extensive interviews with Brubeck, in 1999 and 2001, with a wealth of information. Brubeck's comparison of preparation for jazz and classical performances is a good example:

Usually something like this they put into the pops category because it’s a jazz combo with soloing, and they don’t allow the same amount of rehearsal time as they would if someone was coming in playing a concerto. This is totally unfair, really, because the soloist is playing the concerto with an orchestra that has the piece in their repertoire, usually. It could be a premiere, but most of the time whatever they’re playing the orchestra has played many times before for other soloists, so it’s a matter of working that out. But there’s never enough rehearsal time to do something as ambitious as the Dialogues, for example. 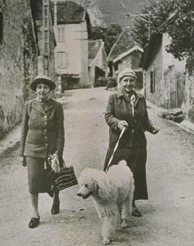 Still, performing with an orchestra remained one of Brubeck's favorites:

We’ll play it with the London Symphony Orchestra again on my 80th birthday. We played there with four of our sons on my 70th birthday, and on my 57th they invited all the sons again, and then on my 80th, we’ll be back again. We’ll probably do one movement because it’s so good and the brass section loves it.

Crawford: I remember reading the story that Bernstein came to the rehearsal 10, 15 minutes late, and said, "Gentlemen, you’ve had your free time."

Brubeck: That was the recording session. Yes, we were scared to death. It was costing a fortune, the New York Philharmonic sitting there, and no Bernstein. Everybody in place. He walks in the door and he hollers, "Gentlemen, this session started with a 15-minute break."

Crawford: How was it to work with him?

Brubeck: Oh, he was great. Howard was amazed by how great a memory Bernstein had, because they were arguing about something, and they’d both gone to the back of Carnegie Hall to listen to the balance and Howard said to him, "Why are the brass so loud at this point?" and Bernstein said, "Why did you mark a double forte there?" And neither of them had the score. They were just listening, and Howard said, "It’s not double forte." And Bernstein said, "Come and look at the score." It was my brother’s piece and Bernstein — he had a photographic mind to remember everything — had seen a ff when Howard had meant to write pp!

The Brubeck interviews, not on line yet, reveal a wealth of information about Brubeck's life and work.

Scores of music and dance interviews include those with Madi Bacon, Jean-Louis LeRoux, James Schwabacher, Joaquin Nin-Culmell, Kurt Herbert Adler, Sándor Salgó, Ruth Felt, and Donald Pippin, among many others.