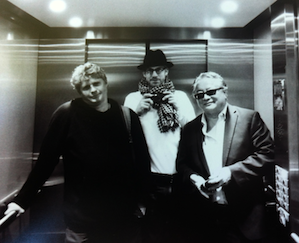 Busy as ever, Cahill's recent appearances included Spoleto Festival USA, Caramoor Center for Music and the Arts, the Pacific Crossings Festival in Tokyo, the Portland Piano Festival, and the Mendocino Music Festival.

Eshima's work, Delta 88, is a premiere, Kennedy's Naturali Periclitati is from 2007, and Adams' Piano Step was written in 2010. Eshima and Kennedy are expected at the concert to speak about their works.

Delta 88, says Eshima, is a "very short piece, incorporating all 88 keys of the piano with each key played only once. Similarly, the sustain pedal is depressed only once and held throughout. The piece was conceived while sitting with a dying friend. I was reminded of the many things we experience but once in our lives."