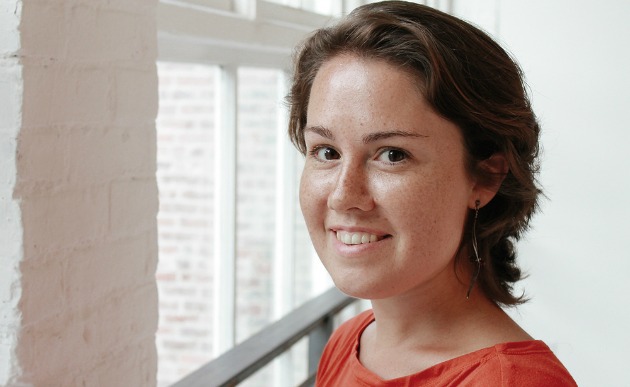 Shaw is in residence at the San Francisco Conservatory of Music, working in classroom settings and rehearsals with students, performing in solo and shared concerts, and discussing her career with composers, faculty and the general public.

Shaw’s remarkable career includes winning, at age 30, the 2013 Pulitzer Prize in music for her four-part a cappella piece, Partita for 8 Voices. Often performing as a violinist with the American Contemporary Music Ensemble and as a singer with Grammy-nominated vocal ensemble Roomful of Teeth, Shaw is undeniably establishing herself as a distinguished composer and collaborator whose work is distinctive, even genre-bending.

“Always, the architecture for me is that harmony is most important. I can pull it apart, squash it down — but only if I start with something interesting. As a composer, it’s interesting whether or not being open to something new creates a byproduct. I never start from that place of pioneering, but I might end up there.”

Instead of deliberately seeking something otherworldly, Shaw hears sounds in her head and pulls from that inner palette to color and shape the music that her compositions make “happen outside of myself.” Steeped in Brahms’ sweeping string quartets, the precision and beauty of Mozart, or the muscular expressivity of Beethoven, Shaw isn’t afraid to break classical rules. “I work with things that are old and familiar, harmonically. But I color it differently, like a coloring book in which you know you’re supposed to color a rose red, the sky blue. I color it the way I like to see it.”

Sometimes, interpretation is the “new” element. A song she wrote for singers and string quartet, “By and By,” can be played straight, or, “you can play it interestingly, with tumble, gravity, interruptions like conversations. Then, it lifts,” she says.

At other times, deliberately walking into the lion’s den has produced unexpected rewards. Working with hip-hop artist Kanye West on a remix of “Say You Will,” the opening track of his 2008 album, 808‘s & Heartbreak, exposed her to a novel way of listening. “I found with Kanye that the immediacy of a musical idea has a different role. The combination of different sounds is interesting. I’ve always stayed away from a clear beat and have even tried to undermine it. I’m digging back into that idea, but still trying to undermine it so nothing feels regular. He’s that way too. Beat-centric, but if it’s too regular, he’ll break it apart just enough.”

After initial improvisation at the piano or singing “for a very long time and recording it,” Shaw’s compositional process is strict, highly controlled engineering. Authenticity, she says, is primary in both writing and performing music. “To be honest as a singer comes from proficiency and control. If I feel that, I can speak [a song] with a completely sure grounding from which to jump. Violin, it’s the scales over and over so that in performance you can just let go.” 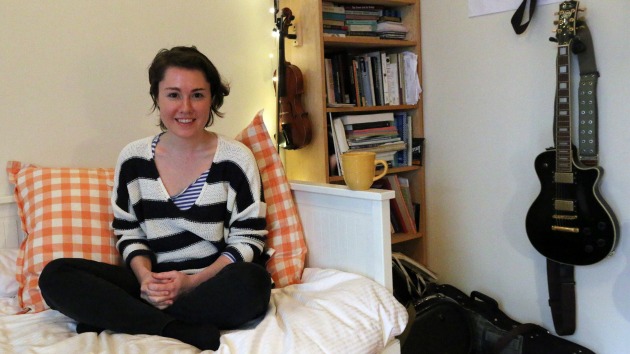 The work on current projects is slow; sometimes spanning years. The Beethoven-inspired work, she recently realized, is about stopping and starting: “Two notes, pause, two notes, pause, then stumble into a cascade,” she says. And “trimming the fat” from her evening-length theater work, Ritornello, that combines film, music, and opera, she’s broken free from an early incarnation that enforced always presenting the film and the music together. “It continues to change. I don’t know the next form of it or what it should become,” she says. “There’s a possibility I might fold it into other works.”

Following a confession — “I don’t actually think anything I’m finding is new,” she says, in almost embarrassed tones, as if the “new” claim is hers and not entirely coming from reviewers and the media — Shaw says the one true thing about her work is that she’s constantly learning and changing. “Grounding for the purpose of letting go is something I stand by and hold onto as I get older.”

Classical music composers, performers, and audiences, she insists, must fuel and re-fuel themselves with curiosity and enthusiasm. What’s going on in other genres? What are the possibilities? “I have no grand plans for reshaping the institution of classical music, but I’d love to see a radical change in music education and training that would not let music be a background. Have a band, know a composer, sustain an interest in classical music that relates to life. I’d like to see intelligent combinations of music and dance in a way that enriches the audience and the art.”

At first keeping her secret wishes to herself, it doesn’t take too much persuasion to have Shaw break her self-imposed rule to remain mum about future projects. “I’d like to make an actual recorded album that’s not written for other people. I’d want it to include collaborations with other people, to grow and hear different voices. I’d like to make an exquisitely beautiful dance piece with someone. I’d love to write something that speaks to a four-year-old, a 15-year-old, and someone who’s 95. Those are my demographics. That would be the most magical thing.”