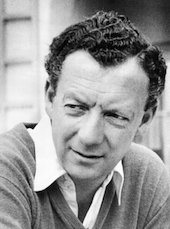 Today marks the 100th anniversary of Benjamin Britten’s birth, and it’s a big one. If you’re marking the 200th or 300th anniversary of a composer, their music has pretty much stood the test of time. But for 20th-century composers, that calculus changes. Not every 100-year-old revered by musicians is also fanned and faved by listeners.

Britten, of course, has his detractors, but considering that he never seriously put his toe in the more commercial styles of his century, he has been unusually successful both with listeners and musicians. He is widely acknowledged as the greatest, native-born English composer since Henry Purcell in the 17th century. Somewhat perversely, because he didn’t adopt the midcentury styles that irritate or offend some concertgoers, in the 1950s Britten was considered less forward-looking than some of his contemporaries. But that largely ideological critique was soon superseded (and no one I know of has ever argued that Britten’s technical knowledge was less than absolute).

Many commentators have explored the theme of innocence and experience in Britten’s life and works, to the point where some of the other themes he dealt with are shunted aside. But as a starting point, it works well. Britten sourced his music in English musical culture, embracing folksong, hymnody, and earlier composers like Purcell (of whom he was an early champion). But he used those materials in a careful equilibrium, in which simple, beautiful melodies acquire an undertow, or are juxtaposed with something more complicated.

The most famous example of this method is probably The Turn of the Screw (1952), one of the 20th century’s best operas. A 12-tone “turning” theme is juxtaposed with the adolescent Miles’ schoolboy recitation “Malo,” an aria whose theme becomes “corrupted” by the “turning music.” In between is the tempting, intentionally exotic, gamelan-tinged music of Peter Quint, whose siren call “Miles” is a luxuriant vocalise.

On the other hand, you can take Britten’s Second Quartet in C Major as an opposite to that, in which an intense, sometimes violent scherzo movement gives way to a grandly conceived tribute to Purcell that ends with 21 radiant major chords.

There’s something else you can listen for, if you’re just coming to Britten’s music: his brilliant, fastidious settings of English. That ability makes the composer one of the great art-song writers of all time. And through his collaboration with his partner and lover, the tenor Peter Pears, whose dramatic ability, diction, and musical way with an English phrase put him in a class of his own, Britten created not only great songs, but 12 operatic roles — operas that form a core 20th-century repertory for companies around the world.

Find out more about Britten, his time, and his music, explore fun facts, listen to music, and more at SFCV’s Composer Gallery page.