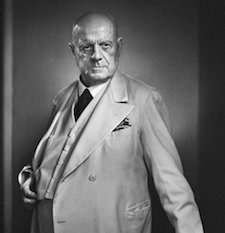 On Sunday, Finland will celebrate the 148th anniversary of Jean Sibelius’ birth. The rest of us can celebrate, too.

Sibelius was considered by many, especially in the United States, to be the last titan of the Romantic symphony. Eugene Ormandy brought members of the Philadelphia Orchestra to meet him personally in his forested retreat, named Ainola (after his wife). Serge Koussevitzky, the longtime conductor of the Boston Symphony commissioned his Eighth Symphony in 1927, which, for one reason or another (perhaps a crisis of confidence) Sibelius never released, though he is known to have nearly completed it. The score was never found and according to testimony from his wife, he burned it in 1945.

It was this retreat from the world, lasting from the 1920s to his death 30 years later, that impaired Sibelius’ reputation. He was an alcoholic, which brought him into conflict with his wife, and because his major publisher was based in Germany, he was very aware of Austro-German modernism, so opinion makers there considered him old-fashioned and incurious. He allowed modernists to define him and his music.

After his death, in 1957, Sibelius’ reputation revived slowly. It has helped that Finland (and the Helsinki Conservatory, named after Sibelius) has been such a shining light in producing major classical music figures, including conductors, like Osmo Vänskä and Esa-Pekka Salonen, who are persuasive exponents of his music.

Besides his symphonies, the symphonic poems (like the iconic Finlandia and the evocative Swan of Tuonela), Sibelius wrote many fine songs and chamber works, which have now been recorded on the Bis label.

Find out more about Sibelius, listen to his music, watch video, and pick up some fun facts at SFCV’s Composer Gallery page.