This is the second part of a series on issues brought up by legal challenges to U.S. copyright law. 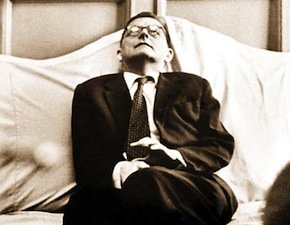 On Oct. 5, the U.S. Supreme Court heard arguments in Golan v. Holder, the copyright case that tests the right of Congress to extend protection to older works in the public domain. The decision will be handed down at the end of term.

Reaction among the legal literati in the five-name law firms that service the trademark and copyright business seemed to agree with Georgetown University Law Professor Rebecca Tushnet that the court is likely to uphold the statute. Writing on SCOTUSblog, she said simply, if equivocally, petitioners “have an uphill battle, but not necessarily an unwinnable one.”

Beyond interpretations of the copyright clause and the “zero-term concept,” and the question of whether Congress can restart protection for any work by giving it a new term or whether that restoration upsets “the natural progression of public speech rights,” and the meat of the matter (whether a section of the 1994 Uruguay Round Agreements Act violates the Constitution) — beyond all the technical arguments, the debate in bar rooms and bistros is around money and what’s fair and who the real “little guy’” is in all this.

In Classical Music, Everyone Takes Risks

I spoke with someone who has a professional tie to the case and did not wish to be identified. As this person put it, if you think the “little guy” is just the composer, you’re forgetting the little publisher and the little engravers. Moreover, intellectual property is not completely unlike real property, in principle at least, and if you think of it that way, in our society the marketplace should set the price for property.

As a music publisher, you are engaged in the practice of bringing along new talent, and new composers usually don’t generate a lot of money. — Corey Field, attorney

Corey Field, an attorney who has worked in the music world for many years and at one point represented European publishers, takes this argument further. “Where does the money go that publishers charge? Part of it is paid out in royalties, but the reality is that most of the revenue from successful works goes to support new composers. As a music publisher, you are engaged in the practice of bringing along new talent, and new composers usually don’t generate a lot of money. It’s not like pop music. Think of Mahler. With classical composers it’s about the quality and quantity of work over time.”

Field goes on to make the argument that orchestras that complain about how much a piece of music costs often don’t put the whole matter in perspective:

When I was a publisher, we were approached by an orchestra going on a tour. We quoted a fee for a living composer. They were going to go city to city. This was a student orchestra and so they got a low quote. Still, they complained. ‘What is your budget for this tour?’ I asked. Without exception, the budget for the composer is always a speck. In this case, it turned out they even had a budget for luggage tags. Can you imagine? This is true. And the amount for the luggage tags was more than for the actual music they were going to play.

Or think of it this way. Imagine putting on a concert with 100 musicians and you give them each $200, and the cost of the copyright is also $200. Imagine the composer as nothing more than the 101st musician. ... There is value in the music and the fact is the vast majority of orchestras understand that it’s a drop in the bucket and they treat it as just another fee. You pay the horn player and the light bill, and you pay the composer.

[In the first part of this report, orchestra managers dispute that copyright and rental fees are insignificant. – Editor]

The Disappearing Art of Creating the Physical Score

At 53, Bill Holab has played all the roles — agent, publisher, engraver, copier, and computer consultant — some of them simultaneously. He says that either way Golan v. Holder is decided, it will not affect him personally, but any diminishment of copyright law tends to hurt the industry at as whole.

“Because we’re now in an era when Apple thinks it can dictate what music should cost and Amazon thinks it can dictate what a book should cost, protection is suspect these days,” Holab says. “Everything is going digital, and of course a lot of young people think all recorded music should be free. That attitude is whittling away at intellectual property values, and that causes damage to creative people.”

Over the last 30 years Holab has become a master copiest and engraver. He thinks there are roughly 1,000 people who do this kind of work but only about 30 people who are “high end” copiers.

One of his clients is Philip Glass. “He writes everything on paper; he doesn’t use a computer,” says Holab, who, among other works, copied Glass’ Sophie’s Ride to the Castle, a three-and-a-half-minute excerpt from the soundtrack to the 2006 movie The Illusionist. “I would meticulously put that into a program, correcting things as I went along, doing the typesetting, making all the parts, and then reducing that to a piano score because he only does orchestra score. It all took about six months.”

Holab argues that without the money derived from copyright protection there would be no mechanism to facilitate creation: “Imagine if Porgy and Bess had gone into the public domain and there had been no one to [produce the score]. To prepare that piece, to copy, edit, and engrave, to make it performable — all 559 pages — it would cost today around $150,000. The money has to come from somewhere.”

Who Wants to Pay for Specialization?

Copyists play a vital role as editors and orthographers, making scores legible and catching and fixing actual mistakes. Holab sees himself as someone who has done well in a niche market — “I’m definitely a ‘little guy,’” he says — and adds that he has done well because the big publishers have stopped providing the service that he provides.

“I am in the business of creating something from nothing — for a living. Think about that. Do you realize how difficult and wildly speculative that actually is?” — Kenji Bunch, composer

“There’s still a great need for this expertise, and the fact that I have so much business is one proof,” he says. “Of course, if you’re writing jingles for Madison Avenue you don’t need someone like me, but if you’re doing a new opera and you want to be prepared, then you need good materials. A typical opera might have 3,000 pages of parts. I’m going to hire a student to do that?” He continues:

Look at West Side Story. It was hand copied originally, by professionals, if not professionally, and there were about 10,000 mistakes. The parts were rented out for 30 years and that’s what you got.

Actually, I was hired by Leonard Bernstein’s estate to fix those mistakes. It took many, many months. My point is that you can’t have mistakes like that; you can’t afford mistakes like that. And this is why when people say, ‘Oh, I bought Sibelius [the music editing computer program] and now I don’t have to worry,’ it’s nonsense. The fact is that if you just put the information in Finale or Sibelius and don’t do anything else, you get terrible results.

People fuss about the shape of a [musical note] tie, and is it visible, is it exactly where it needs to be? So much of this work is making minute details. That’s the dirty secret. No one wants to pay for that.

Who Watches Out for the Composer?

Holab prepares and distributes the works of a number of composers, including Kenji Bunch, “a composer to watch,” according to The New York Times. In an email correspondence I asked Bunch his view of Golan v. Holder. He hadn’t heard of it. But when asked about whether copyright laws slow down creativity or unfairly reward some artists who tend to recycle old work or live off the talents of others — an argument sometimes made — the composer responded heatedly.

“This question really touched a nerve,” Bunch writes. “To me, the suggestion that a composer’s creativity is somehow adversely affected by a gravy train of copyright revenue is really misguided, and feels like the same tired, cynical thinking that assumes tenured teachers grow complacent, union workers are lazy, even professional athletes under large contracts are just ‘phoning it in.’

“To someone who feels that artists ‘tend to recycle old works when they’re not “pushed” by adversity or uncertainty,’ I’d say the following: You want to hear about uncertainty? I am in the business of creating something from nothing — for a living. Think about that. Do you realize how difficult and wildly speculative that actually is? With everything I write, I begin by staring at a blank music sheet of paper and realizing that I have to somehow live up to the expectations not only of the commissioner who puts up money for it, but of the musicians who will play the music, the audience (and critics) that will hear it, as well as the standard the previous works from my catalog have apparently set for these people to decide to pay me to write them music.”

In the end, the simple truth is that unless music is played, no one makes any money. So if an orchestra can’t afford to hire scores, it doesn’t matter whether the publishing company has control of the rights. It’s also true that a symphony is not like a Chevy, as a publisher pointed out, and so you can’t determine its worth and a price by simply adding up the cost of the materials, the labor, and the overhead. And yes, publishers do play an important role in developing the next generation of composers.

Perhaps the bottom line for those who see this case as something other than a First Amendment issue comes from attorney Field. As he puts it, addressing the macro aspects of the case: “The future of classical music is full of complexity, but the fact is these are very misplaced arguments. There is no ‘orchestra crisis’ that has anything to do with this. If there’s a crisis, it’s about cultural attitudes, not about rental fees.”