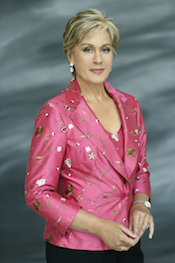 With Downton Abbey offing the popular Matthew Crawley character in a car crash because actor Dan Stevens was leaving for greener pastures, plans are being made for the next season, including the engagement of soprano Te Kanawa to play a house guest. She will sing during her visit, sources say.

Another, non-musical note is that villainous (and tiresome) housemaid Sarah O'Brien won't be back. Siobhan Finneran, who played her, is leaving the show, probably also looking for other pastures.

In all, the series has won nine Emmys, two Golden Globes and a Screen Actors Guild Award for the ensemble cast, which is the first time the cast of a British television show has won this award.