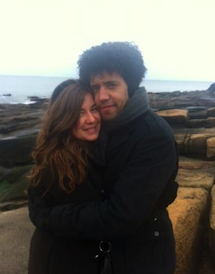 No, not Gustavo Dudamel (already married); it's his good friend Rafaél. Cellist Alisa Weilerstein and Rafaél Payare were married Sunday evening at the Caramoor Center for Music and the Arts in Katonah, N.Y. Larry J. Rosen, a cousin of the bride and a former Albany County Court judge, officiated. On Saturday, Yair Narvaez, a friend of the groom's family, will lead a nondenominational ceremony in Venezuela at Ranchos de Chana on Isla de Margarita. Both ceremonies incorporated Jewish elements.

The bride, 31, a 2011 MacArthur fellow, will continue to use her name professionally. She played this month with the Chicago Symphony at the Ravinia Festival in Highland Park, Ill. Last November, she performed with the New York Philharmonic at Avery Fisher Hall.

She is the daughter of Vivian Hornik Weilerstein and Donald Weilerstein of Boston. Her father, a violinist, and her mother, a pianist, are on the faculty of the New England Conservatory in Boston and the Juilliard School in New York. Her father was also the founding first violinist of the Cleveland Quartet.

The groom, 33, is a conductor. Earlier this month, he was the guest conductor at the Royal Stockholm Philharmonic at the Konzerthaus. Last month he conducted the Youth Orchestra of Ireland and the Castleton Festival orchestra in Castleton, Va. Previously, he has been principal horn in the Simón Bolívar Symphony, often conducted by Gustavo Dudamel, an old friend, whom Payare now assists in Los Angeles.

Payare graduated from the Universidad Nacional Experimental de Las Artes in Venezuela, where he received a degree in music after studying conducting with José Antonio Abreu, the founder of El Sistema.