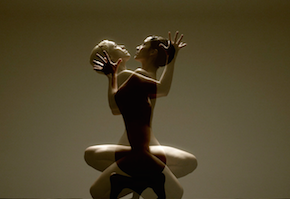 "Diving through the mind’s eye ... sifting debris of the splintering conscious ... lurking in chambers of hope and memory ... spark ignites the other in self ... stealing dominion in fragile reality ... both collide ... who shall prevail?" That's from the description of Alter Ego, to be screened at the 5th annual San Francisco Dance Film Festival, featuring some 70 works, Nov. 6-9 in the Brava Theater.

Alter Ego, directed by the noted photographer RJ Muna, and choreographed by Katherine Helen Fisher and Natalie Lomont, is part of the evening, described as a "quirky, edgy collection of screendance shorts ranging from fantasy to sci-fi to an earth-shattering finale." Besides Alter Ego, the films include Hallowed, Dance With Me, Vertige, and others. The directors are from Australia, Spain, France, and the Bay Area.

On opening night, at 7 p.m. Nov. 6, filmmakers are welcomed with a selection of short films, followed by Q&A and opening reception. On the following evening, also at 7, four films of love and loss are on schedule, including Glove Story, a work by Oren Shkedy, and set by renowned Israeli choreographer Dana Ruttenberg, exploring the notion of personal space and its boundaries.

A highlight of the festival — at 5 p.m. on Nov. 8 — is a new documentary, Paul Taylor: Creative Domain, about the 84-year-old dean of American choreography's career of 60 years, reinventing the roles of music, movement and theme in dance. 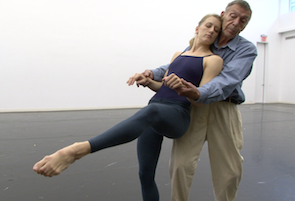 The film, by Kate Geis, is a rare in-depth documentation of how Taylor creates a single dance. Geis writes:

We begin with Paul dancing in his youth, describing the nature of dance, "you learn to live day to day, hour to hour." We cut to Paul present day, now in his 80’s, still living his life in the moment, with his mind intently focused on his next dance.

His new work is a Rashomon-inspired exploration of memory, three characters entangled in a tragic relationship, and each believing only in their own dark memory of it. Through the lens of award-winning cinematographer Tom Hurwitz, we see Paul’s non-verbal communication with his dancers.

Below the surface of this dance and the many works that came before, is Paul’s power of acute observation, revealing a side to his choreography that is strangely prophetic. The dominant voice is Paul’s, between the guarded and unguarded moments we see him with new eyes and new understanding.

At 10 a.m. on Nov. 8, the S.F. Main Public Library hosts an event that brings together dance filmmakers from around the world for a discussion about their films and their ideas for development in the field. Moderated by Ellen Bromberg, professor of Modern Dance at the University of Utah, this is the first such program in the country. The event is free and open to the public.

At 7:30 p.m. on Nov. 8, a program called "The Man Behind the Throne" takes a look at the life of Hollywood choreographer Vincent Paterson, who has created defining moves for stars like Michael Jackson and Madonna, but has remained off the public radar, by choice. Also on this program is Stand, a documentary profiling a dance crew taking a stand against the poverty and crime plaguing South Los Angeles.