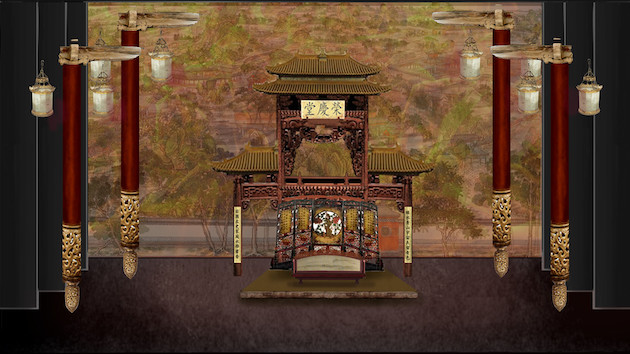 A contemporary opera based on the classic Chinese novel, Dream of the Red Chamber, and developed for Western audiences, could be a riveting success at San Francisco Opera this fall.

But it’s also one of the most ambitious projects SFO has undertaken. It could be an awkward animal — a stilted re-do of a centuries-old tale. Abbreviated, sung in English, it risks being a cartoon version of 18th-century author Cao Xueqin’s lengthy, detail-driven story of a wealthy family’s decline in Imperial China and the love triangle between the family’s heir, Jia Bao Yu and his two cousins, Lin Dai Yu and Xue Bao Chai. After all, Red Chamber, translated into English, is over 2,500 pages long, with more than 400 characters; an entire academic field, Redology, is dedicated to analyzing its many layers. As an opera, it will be a daunting task. 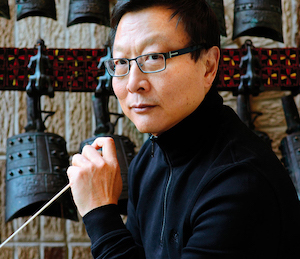 SFO’s production pools four artistic talents with impressive pedigrees and deep Chinese and American ethnicities. The music is by MacArthur Award-winning composer Bright Sheng, who has written several operas (the last one, Madame Mao, was commissioned by Santa Fe Opera and produced in 2003.) The libretto is by Tony Award-winning playwright David Henry Hwang – who is by now an experienced and proven librettist. His opera credits include Sheng’s The Silver River (1996), Osvaldo Golijov’s Ainadamar, Unsuk Chin’s Alice in Wonderland, and three collaborations with Philip Glass, including 1000 Airplanes on the Roof, and The Voyage. SFO’s production is designed by Oscar-winner Tim Yip and directed by playwright/director Stan Lai, who has created more than 30 plays as well as four operas, while serving as artistic director of China’s Wuzhen Theater and College of Theatre at Taipei National University of the Arts. 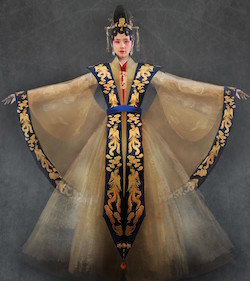 The project has its origins in the Minneapolis-based Chinese Heritage Foundation and its Executive Director, Pearl Lam Bergad, who approached Opera General Director Emeritus David Gockley in 2013 with a proposal to produce the opera. The world premiere September 10 is a co-production with the Hong Kong Arts Festival and will be performed in 2017 at the Hong Kong Cultural Centre.

“The actual work started in 2009,” says Bergad. “Two years later, we had the principal team organized; two years after that, we had the concept, then David and Bright took two years to write the libretto and music. We were done by November 2015.”

Hong Kong-born Bergad grew up with “bits and pieces” of the novel as part of her cultural heritage. “I felt I knew the characters, even before I ever read the book. The English translation by David Hawkes (the version upon which Hwang’s libretto is based) is best because he understood the Chinese way of thinking. So much of a Chinese relationship is unspoken. It’s in the way people react, what they do. Yet you knew how the characters in the book felt about each other.” Because emotions in the novel are most often expressed in poems, Bergad says an opera is the perfect vehicle for bringing the story to the stage. What makes it contemporary, she suggests, is presenting it in English and selecting a playwright steeped in contemporary American culture to create the libretto. 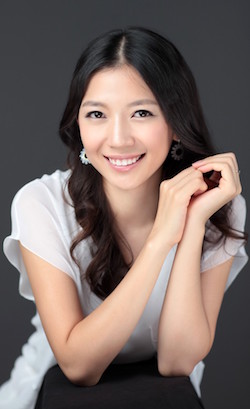 In a phone interview, Sheng says that condensing the novel meant “lots of cuts.” As recently as February, 15 minutes of the opera were eliminated after a workshop. “It didn’t change the overall structure, but the excess music, the plots that weren’t essential, we cut—even though they were beautiful music. I learned from Verdi; who once cut out an aria at a rehearsal just before a performance. No one else would have dared, but he did, because he thought it impaired the flow of the story.”

And it is story and character that drive Sheng’s compositions. “Once I have characters, I don’t need to think about the music. With a full orchestra at my disposal, I don’t associate a certain instrument with each character. I pull all the stops in my arsenal for a grand opera like this.”

Sheng, whose musical style leans on small variations in pitch and intonation, which can vastly alter the meaning of a word or syllable, says melodic content determines expression. After writing one aria for each central character, he’s laid the groundwork from which he writes the rest of the music. Drawing on his life experiences as a Chinese person and his exposure to Western music after moving, in 1982, from Shanghai to the United States, he says, “People say you are what you eat. In composition, you write what you know.” 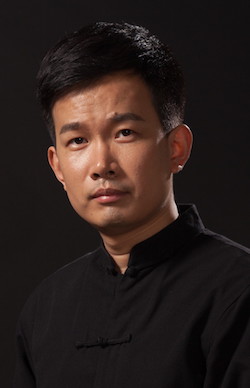 Unlike librettist Hwang, who, Sheng says, has not read the entire book and therefore, serves as “a good balance and check,” the composer has read the Chinese version, the English translation, and most of Redologists’ research. “Still, when you translate from one medium to another there are always liberties taken. There are hundreds of opinions about this novel. The only authenticity applies to the audience. To them, what is authentic? If you perform Beethoven today, the audience is different, the instruments are different. You get as close as possible, then you simply perform for today’s audience.”

In a separate interview, Lai responds to the same subjects—authenticity and adaptation. “If you do this opera for Chinese audiences, it’s not that you can’t please everyone, it’s that you can’t please anyone because there are so many fans who devote themselves to studying this novel.” During the creative process, Lai says that they “fought against the novel itself,” while simultaneously embracing the love triangle at its core and the quintessential sophistication of the narrative. “We’re cutting it down, but not dumbing it down. David and Bright chose characters—from 400 down to seven—and we worked them into the most essential, detailed characters possible.” 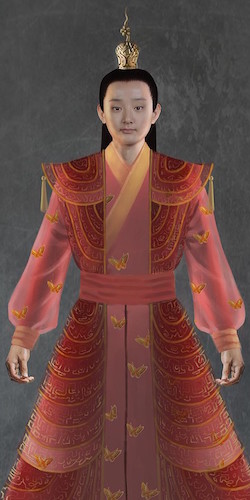 A scene well-known to Chinese people in which Lin Dai Yu buries flower petals, offered Lai both inspiration and direction. “She wants to create a funeral for flowers that are dying. In the history of literature, where are you going to find a second character like this? This drives me: it’s unique. But is it Chinese?” he asks. His answer is, yes and no. Considering the iconic figure, Lai says, “You meet Lin Dai Yu; she’s a kind of character we know from life, whether you are Chinese or American and independent … There’s the link to contemporary life. We’re taken through landscapes of the human heart, of Chinese-ness and something universal.”

The music, the inner movement of the opera, he says, is “first and foremost” and needs nothing superimposed upon it, but there is a memory he allowed to reverberate as he worked on the production. “When I was a kid growing up in the States until age 12, when we moved to Taiwan, we had this Chinese screen from the 1962 World’s Fair. It glowed, lit up by lights inside, with a Chinese landscape and people. I would spend hours just watching the screen. It was an incredible image of something surreal but also so real for a foreign kid growing up in America. We were strange, quaint animals in America.”

Represented in the opera with an enormous nine-piece screen that serves as a backdrop or breaks apart to obstruct access, the screen’s “Chinese-ness” takes on the role of shifting cultures and societal change. Worldwide, not just in America or China, there is, arguably, no issue more relevant and contemporary. 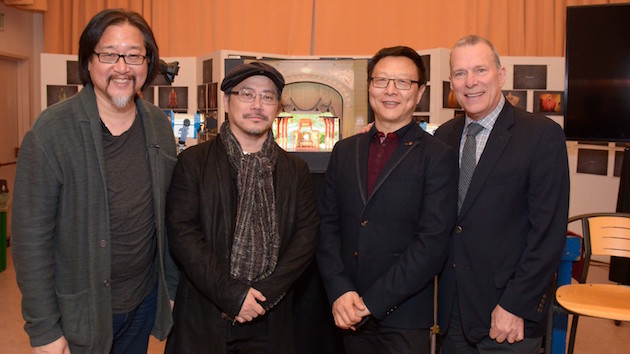