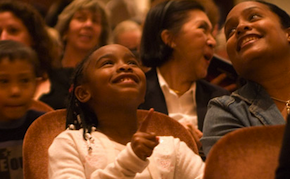 January 26: Music for Families with the San Francisco Symphony. Another in a series of “outreach” concerts, to show the uninitiated or unfamiliar how things work in an orchestra. Recommended for children 7 and up. Program includes selections from Tchaikovsky’s Nutcracker; the first movement from Schubert’s Symphony No. 8; Dvořák's Slavonic Dance No. 7, and other popular selections, conducted by Donato Cabrera who, among other things, leads the San Francisco Symphony Youth Orchestra. This is a great chance to make a musical introduction. In Davies Symphony Hall at 2 p.m. Ticket prices range from $12.50 to $60.

Other Chinese New Years’ events: Parade and performances on Sunday Feb. 10, in Berkeley, on Solano Avenue featuring a Lion Dance by the Golden Lion, Acrobatics by the San Francisco Circus, songs by the Cornell and Ocean View Schools’ Chinese After-School Program. On Feb. 10, in San Jose, on Santana Row: an afternoon of Chinese New Year festivities, including ethnic groups performances, martial arts, a traditional fashion show, and more.