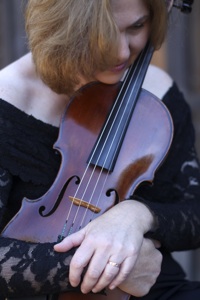 Sometime last year, as violist and Gold Coast Chamber Players (GCCP) founder Pamela Freund-Striplen was developing the ensemble’s 2011 season, she realized that the city of Lafayette had never celebrated Black History Month. So she set to work. The culmination of her efforts, GCCP’s two special performances (Jan. 29-30) of “Harmony and Melody: A Celebration of Black History,” will also launch her other project, Lafayette’s first Black History Month celebration.

“People here were amazed by the absence,” she explained by phone.

I knew that the schools in Lafayette have a history of doing things to honor Black History Month, because my son went to school here, but nothing had been done in a public way. No one in government resisted the idea of a celebration, that’s for sure. Everybody was real excited about it. The only stumbling blocks were logistical — how can we make it work?

I did hear from some people, who were not part of the organizations I was contacting, asking, ‘Why are you doing this? You’re not black.’ It never occurred to me that the lack of a Black History Month celebration in Lafayette didn’t affect me because I’m not black; it affects everyone.

Freund-Striplen worked out the concert’s program with the star soloist, bass-baritone Lawrence Beamen. In 2009 Beamen shot to international attention when he triumphed as one of four finalists in the fourth season of America’s Got Talent.

Harmony and Melody: A Celebration of Black History

Looking the Other Way: Race in Classical Music

“I first heard Lawrence sing at a Paul Robeson tribute in Danville, maybe two years ago,” says Freund-Striplen. “I had been looking for someone who could sing spirituals in our ‘Harmony and Melody’ project, which I had been envisioning for a long time. I contacted my amazing friend Betty Reid Soskin who, at 89, is the nation’s oldest park ranger and the woman responsible for recently putting together the Rosie the Riveter Park, and asked for suggestions of singers.”

Reid Soskin suggested Beamen. When Freund-Striplen saw the singer’s video on YouTube and heard him sing, she knew that his voice and intelligence were just what she wanted for the spirituals on the ‘Harmony and Melody’ program.

Soskin was able to locate Beamen’s cell phone number in Walnut Creek, where he operates his own recording studio. When Freund-Striplen contacted him and explained that the program had to do with both Black History Month and the connection between African-American spirituals and composer Antonín Dvořák, he eagerly came on board.

“Originally, I imagined that Lawrence would simply sing spirituals to piano accompaniment,” says Freund-Striplen. “We’ve made it into a much bigger project. It’s a black history celebration whose music and spoken recitations will illustrate the connection between African-American spirituals and Dvořák, and create awareness about what went on behind the scenes. The collaboration with Lawrence has become a metaphor for coming together from different worlds to create a very special experience.”

An Abundance of Riches

After a Black History Month proclamation by Lafayette’s mayor, Tony Roswarski, the ‘Harmony and Melody’ concert opens with the Panamanian Dances for string quartet by William Grant Still. Then come Dvořák’s “American” string quartet and a rich selection of African-American spirituals (plus Jerome Kern and Oscar Hammerstein II’s Ol’ Man River). With accompaniment by Dr. Alvin McLean, music director of Allen Temple Baptist Church, Beamen will both sing and narrate.

Freund-Striplen shares the opinion that the connection between Dvořák’s music and African-American spirituals was facilitated by Harry Burleigh. The grandson of a slave, young Burleigh took to heart the plantation songs he learned to sing with his grandfather. Through a series of supportive interventions, Burleigh ended up studying at the National Conservatory in New York City at the same time that Dvořák was brought in to teach. Burleigh not only worked as the composer’s copyist, but also sang spirituals to him regularly.

Dvořák sketched out his “American” quartet three days after Burleigh sang to him. Freund-Striplen believes that we can hear the influence of this relationship in Dvořák’s music. Her claim is supported by the composer’s famous article in Harper’s magazine, in which he proclaimed that “Negro melodies” are the basis of an American national musical identity. 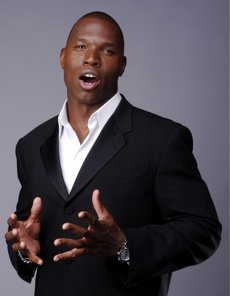 Born in Vicksburg, Mississippi, Beamen had already been singing for six years when, at the age of 12, he and his parents moved to California. Despite his early start as a singer, Beamen pursued a degree in psychology, while studying voice on the side. He went on to study with Seth Riggs, who trained Steve Wonder, Aretha Franklin, and a host of other greats.

“Seth Riggs has his own system going in L.A.,” Beamen quipped at the start of a lively discussion that mixed music and politics in equal measure. “He was helping me maintain and prolong my voice. It was like getting the maintenance done on a nice car. But he charges $300 for 30 minutes. You can build a house by the time you get to paying him over a year. I was traveling from the Bay Area, and I really had to stop.”

For a while, Beamen tried his hand at gospel. When it began to take a toll on his voice, he switched to Christian contemporary.

“I have nothing against gospel, but there’s something about it that is not real like the Word they sing,” he declares.

A lot of gospel singers do not take care of their voices. They die from obesity and a whole bunch of stuff. You should not be getting hoarse after singing a concert. People tear up their voices in church. The more people holler and scream for you, the harder you sing. There’s a difference between singing a note and hitting a note. When you hit a note, it hits back.

We’re all led by example. Some of the best people in the industry are not leading the way by example. That’s why the industry is so saturated with people who can’t sing, and who rely on technology to get them by. People who could sing — Luther Vandross, Teddy Pendergrass, Lou Rawls — had true voices when they used them.

Beamen’s most recent teacher was Johnny Land. An educator, Land was responsible for pulling the bass-baritone into the classical arena.

“Johnny Land taught me that if you want to make a name for yourself, and want to become a legend like Paul Robeson, the goodness needs to come out of you,” he says. “If you don’t start tapping into what God has given you, which is the natural true voice, it will come to naught.

“[Land’s] the one who introduced me to a whole new mind-set, and brought me into alignment with who I am and what I should be doing. Without that guy, I probably would not be singing now or have ever made it to America’s Got Talent. He brought out the goodness that was in me. But two and a half years ago, he was found dead in his house on his knees at the foot of his bed, which is probably a good way to die.” 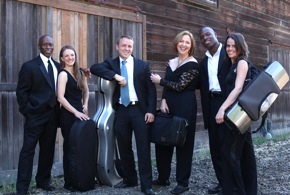 Beamen was also on his knees by the time he got to America’s Got Talent. Not only was he paying his own way to compete on the show, but he also was seriously in debt. Each time he scored big on the show, more creditors came out of the woodwork.

His win did secure him millions of fans, and gave him hope and assurance. But it also made him sick. He lost “friends,” and people kept hounding him for money. Yet he continued to sing. “It was like taking medicine and feeling a bit better each day,” he says.

“I count it a blessing,” Beamen says. “I count it an honor and a privilege. I’m thrilled that people believe in me, and in a dream that I’ve always worked to be a part of. Right now, it’s like dreaming a dream you can’t quite interpret because it’s foggy, but you know what you were doing in the dream.

“I think the dream is bigger than me right now,” he declares. “Day by day the fog is being lifted, as I’m singing for these people. I may not know how I’m getting there, but I know where I’m going.”

Inextricably interwoven with his career are its social and spiritual ramifications.

“Martin Luther King’s dream was for us, but it took his dying for us to get the dream,” he declares.

It took his dying so that others can dream. But I tell people now that Martin Luther King dreamed his dream. Now it’s time to dream your own dream.

I believe in a Maker, in a God who believes in justice for all. I want people to understand the true meaning of love, which is the personification of God. I feel that if everyone, with harmony and melody, comes together and sings a song, as the Negro spirituals say, ‘For the faith that the darkness has taught us, sing a song for the hope,’ — if everyone could join together and sing in harmony — the world could be moving forward and have hope. We can pray together, sing together, shout together, and cry together. It shouldn’t just be when a tragedy comes along, as in Tucson.

Beamen is thrilled to be part of Lafayette’s first Black History Month. “It’s the time when everyone can come together. It’s about creating something new, starting something fresh. It’s a way to bring peace and harmony to the world. That’s how me and Pam came up with the title, ‘Harmony and Melody.’”

If there’s one thing that Beamen’s dream is not, it’s cerebral. Songs like We Shall Overcome and Ain’t Gonna Let Nobody Turn Me Around have tremendous resonance for a black man who has encountered plenty of people who are not keen to support his or anyone else’s “overcoming.”

“A lot of people are just scared,” he says. “The people are afraid of the officers, and the officers are afraid of the people. Just a few days ago, when I was in L.A. for the Golden Globes, this cab takes this guy to the wrong place. He gets in an argument with the cabbie, strips off all his clothes, runs around butt naked, and gets shot by the police. They shot him. Now, does a naked man have a gun? Where would he have a gun?

Although the exact launch date is uncertain, Beamen has been working on linking his new Web site with another that he calls Unsung Human. His goal is to bring attention to aspects of black history that have been lost.

I’m taking Negro spirituals and converting them to neo-soul/R&B so I can reach people. Some people get bored when I sing the classical way, but when I convert them, they can understand it. Half the African-Americans don’t know the Negro National Anthem (Lift Every Voice and Sing), but they know The Star-Spangled Banner.

I really want this concert to be an enlightenment — something that magnifies something that I feel has been lost. If we sing the song Amazing Grace — perfect, perfect song — let’s live Amazing Grace: ‘I once was lost, but now am found/Was blind, but now I see.’ We see one another clearly now. We just need to be able to shine a light on one another and hold hands. Like Martin Luther King said: Jews, Greeks, everybody, just let’s get together, sing one song. Maybe when everybody sings together, the world will be a better place.