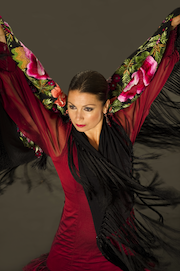 Osvaldo Golijov's Ainadamar is the product of an extraordinary group of artists. It's coming to San Francisco in an by Opera Parallèle production, Feb. 15-17, at the Yerba Buena Center for the Arts (OK, call it "Lam Research Theater").

The opera combining singing, visual arts, and flamenco to portray the struggle of Federico Garcia Lorca against Spain's fascist regime in the 1930s has a brilliant libretto by David Henry Hwang. Under Nicole Paiement's music direction and Brian Staubenfiel's stage direction (with scenic and lighting designer Matthew Antaky and video artist Austin Forbord), the production will feature singers Lisa Chavez, Marnie Breckenridge and Maya Kherani, along with La Tania and her flamenco dancers.

Nine years ago, I attended the West Coast premiere with the Los Angeles Philharmonic in Disney Hall, and the memories are still fresh:

... you catch your breath during the opening bars and, seemingly, hold it for 65 minutes. The audience did even better, sitting silently after the music ended, before exploding in a 10-minute ovation. 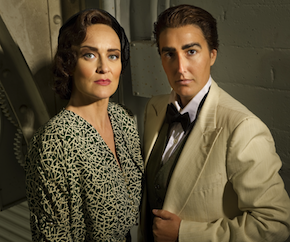 Ainadamar is the Moorish "fountain of youth" near Granada, where Federico Garcia Lorca and other civilians were executed without a trial. This was in 1936, at the beginning of the Spanish Civil War. Unlike another recent work about the poet, Nilo Cruz's complex, lengthy Lorca in a Green Dress, the opera doesn't deal with Lorca's psychological/political history, but presents characters and relationships and, above all, moves the listener. The music has many sources — from flamenco to early, lush Schoenberg, and Richard Strauss at maximum intensity — but Ainadamar is all of one piece and it's all Golijov's.

The 2003 work, premiered at Tanglewood last fall, is a glorious contribution to the genre of musical theater. Its simple melodrama, gripping story-telling, sense of sorrow, tragic conclusion leading to true catharsis put it in the same class with Sondheim's Passion. (Sondheim's opera is called a musical, while Ainadamar is presented as an opera, although it's clearly a zarzuela. Categories don't matter; whatever makes you hold your breath does.)