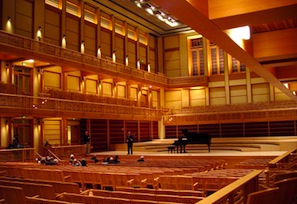 What started as a $37 million project a decade ago is now all but complete: an imposing, appealing, 105,435-square-foot edifice with a price tag over $130 million.

The heart of the center is the stunning 1,400-seat Joan and Sanford I. Weill Hall, designed by architect William Rawn Associates, with matchless acoustics by Lawrence Kirkegaard. It is a major addition to contemporary West Coast concert venues, on par with the acclaimed Disney Hall in Los Angeles. The shoebox-shaped hall is reminiscent of such exceptional venues as the Boston Symphony Hall, Vienna's Musikvereinssaal, and Tanglewood's Seiji Ozawa Hall. 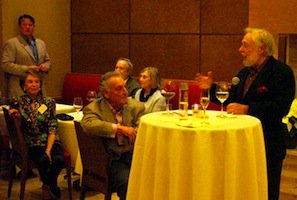 On the first day of 2012, a powerful trio told invited visitors some of plans for the first season. Sonoma State University President Ruben Armiñana; naming donor and "Father of Telecom Valley" Donald Green; and adviser board chair Sanford Weill, also one of the country's premier financiers, announced:

"This is truly the moment for which we have all been waiting," said Armiñana. "We would not be here without the community of music lovers and philanthropists who have come together around our vision of a world class performing arts venue at a public university." 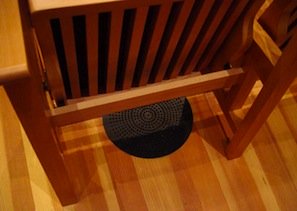 Green said the project has been a labor of love for him and his wife, Maureen, "and many in our community for more than 12 years. We feel excited and grateful to everyone as we watch the Green Music Center come to fruition in such a positive way with so many supporters."

Weill said at the announcement that he and his wife are "extremely passionate about education, music, and the arts and we are firm believers that they help bridge cultural divides that exist throughout the world." The Green Music Center, Weill said, brings all three together on the campus of a public university:

Not only will the Center create an innovative learning environment for students with our exciting new partnerships, but it will provide an economic boost to the area and help diversify its tourist base. Northern California boasts some of the country's best food, wine, weather, people, and now culture. Today’s announcements further enhance the reputation of San Francisco and the whole North Bay as one of the world’s premier cultural destinations. 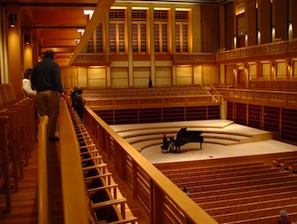 SFS Executive Director Brent Assink greeted the "beautiful venue," and said the orchestra is "eager to welcome audiences ... to share the inspired music-making that is the trademark of the vibrant partnership between the San Francisco Symphony and Michael Tilson Thomas."

The all-wood hall now has permanent chairs, also of wood, but quite comfortable. Everything in the hall serves its extraordinary acoustics. No pins were dropped on the stage, but it's certain they would have been heard everywhere.

An ingenious air conditioning system — by Peterson Mechanical Inc., Rudolf & Sletten general contractors — is unique in its under-floor duct flow, producing no sound at all. 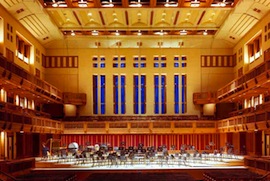 It's no accident the Green Center architecture is similar to Tanglewood's Seiji Ozawa Hall — that was the plan from the beginning, and both halls are the product of William Rawn Associates. The Sonoma project is in collaboration with A. C. Martin Partners and BAR Architects.

In addition to Weill Hall, the center also includes: