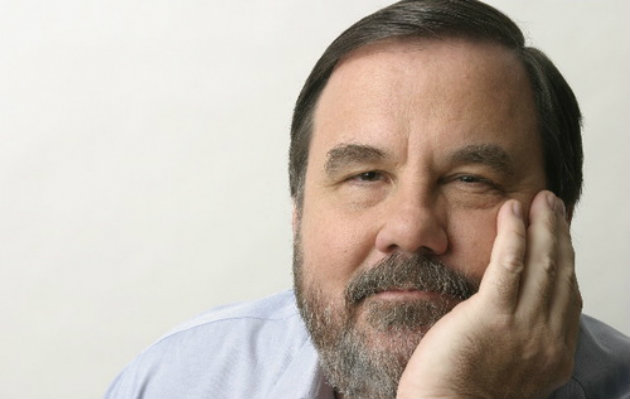 “I have always liked the sports model for performing arts,” William Stensrud wrote to us the other day. “After all, sports is a performing art — just a more successful one.”

Stensrud — aka “Bill, Ph. D” (MIT BA, 1971) — is a classical music fanatic, a sports devotee, and a long time oracle in venture capital circles. He’s a past CEO, president, and partner of this company and that, companies later sold to among others, Cisco and 3Com.Forbes once called him one of the country’s 20 top “Movers and Shakers” in the venture capital industry.

Actually, Dr. Bill may be more shaker than mover, and never less so than when he served on the board of the San Diego Opera for about 10 years, and as president for four years. In 2009, he resigned, in protest. In a recent interview he explained: “I could not get Ian Campbell (the general director) and the rest of the board to recognize they were driving the bus off a cliff. Campbell was there saying, ‘I’m going to do classical grand opera whether the audience wants it or not.’ So, boom, I just left. I said, ‘screw it, I’ve got better things to do with my life’…”

Eventually, the board decided to close the opera down, which led to a series of public blood-lettings. In 2014, Stensrud’s ex-wife, Carol Lazier, saved the day with a $1 million financial buttress and a willingness to run the board. She now reigns, by some accounts, with a quiet demeanor and a steel stick. Among other changes she brought in a new general director, David Bennett, who, Dr. Bill will tell you, is just what the doctor ordered: “He’s going to change the paradigm.”

In the now clichéd terms of the day that’s to say the product will be less “formal,” more “relevant,” and more “accessible.” “An opera [fully staged in a theater] takes, say, $2.5 million for four performances. David [who was recently the chief of Gotham Chamber Opera in New York City] can put something on for $2,000, and pop it up in a shopping center, or a train station."

“An opera [fully staged in a theater] takes, say, $2.5 million for four performances,” said Stensrud. “David [who was recently the chief of Gotham Chamber Opera in New York City] can put something on for $2,000, and pop it up in a shopping center, or a train station. And yes, he’s going to end up with a resident company of young performers, who are frankly ‘cheap’, but he’s going to be distributing [opera] to where people are.”

This is Dr. Bill’s prescription for arts organizations: Try anything and everything because these days, in the arts, the end justifies the means. It’s like sports, he’ll tell you. “How many people see sports vs. classical music? A hundred times as many, a thousand times. Why do you think that is? Because it’s a lot more interesting. It’s a lot more fun. Consider the way sports makes heroes out of their players.”

“At one point in San Diego I asked people, ‘how many in the audience can name the first clarinet?’ The answer, none. But why is this so anonymous? Why don’t you create performing arts organizations like sports teams? For example, why not have fan clubs for various artists? Why don’t you have them sign autographs? At one point I got them to make baseball cards for all the musicians. There’s a lot to learn in the way sports are marketed, how they’re delivered, and how broadly they’re accepted. Sports is the most successful of the performing arts; and in any industry don’t you try to learn from the most successful?” 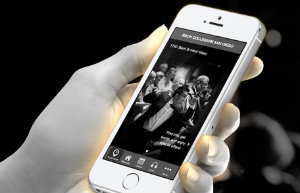 In December, 2009, Stensrud officially launched InstantEncore, which provides an online classical music service, but also builds apps for various organizations, including symphonies, schools, individuals, foundations and the like. He got the idea some years ago while contemplating his collection of 30,000 classical music CDs, which he had gathered over 20 years. He enlisted his son, and his son’s college roommate, to input metadata on all the music to his computer.

That experience led them to design a highly customizable, smartphone-based service that arts presenters could use to deepen their relationship with the audience. (At that time, it’s easy to forget, the iPhone was only two years old and Android-based smartphones were only a year old.) The app also allowed audience members a way to replay a performance they’d heard live at the concert hall. The idea was a big bang that led to marketing tools, branding possibilities, and a novel way to connect with patrons and the community at large.

Even before the company’s official launch, the New York Philharmonic became the first customer, and to this day every Friday evening performance is offered on InstantEncore. According toVince Ford, Director of Digital Media at the Philharmonic, “It removed the barriers to developing an app and mobile-friendly website ...  The most recent features – At The Event – allow for delivery of concert-related content at the concert hall.”

“It’s a ‘game-changer,” said Ryan Fleur, the Philadelphia Orchestra’s executive vice president for orchestra advancement. “It’s a low-cost way for orchestras of all sizes and locales to have a smartphone presence.”

The app allows you to buy tickets, browse programming options, and learn about performances and performers. It also has a geo-sensing feature so that the app knows when you’re at the event and can provide a menu of things to do. And what’s the trajectory for this kind of app? “Right now, you can watch the Detroit Symphony, in real time, on your Detroit Symphony app ... you can also buy a ticket and show that ticket as you walk in.”

“Right now,” said Stensrud, “you can watch the Detroit Symphony, in real time, on your Detroit Symphony app. You can watch the Chamber Music Society of Lincoln Center on your Lincoln Center app; you can also buy a ticket and show that ticket as you walk in. When you go to the event the organization can push all kinds of information. For example, you can meet the soloist for a CD signing at the end of the performance. You can get a coupon for a free drink at a local bar after the performance. But Stensrud wants more: “What’s coming are supertitles along with a measure-by-measure accompaniment to the music.” Which would require having smartphones on during the performance, a controversial idea for many.

That is precisely what Roland Valliere’s Concert Companion once promised but couldn’t deliver because there was no widely adopted, technological platform to support it. Now that problem has been resolved with the smartphone.

As for supertitles, now often placed above the stage, the advantage of seeing those on a phone are clear. “Try sitting in the front row and reading supertitles over the stage,” said Stensrud. “In Santa Fe, they have supertitles on the back of the seat in front of you. Same system as the Met. You can put the phone where you want it. Or maybe you use your Google Glass, version 12. Another option is to put a pocket for the phone on the back of each seat with the directional screen cover to minimize the impact on the neighbors.” 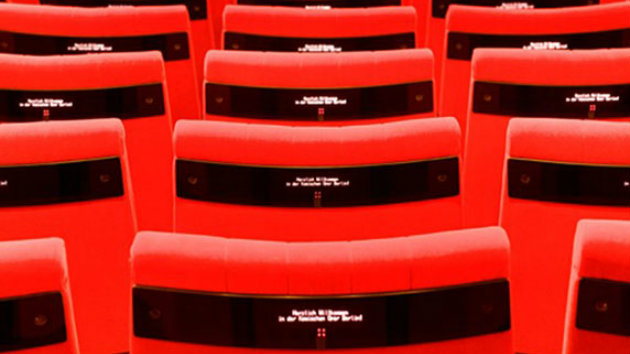 In sum, said Stensrud, “The technology to stream supertitles to a phone is trivial now. The only reason we haven’t done it is because we haven’t found a customer who wants it. Yet. But if we did, we could be there in a heartbeat.”

According to Stensrud, the expensive part in all of this is not what the symphony pays the vendor, but finding somebody to write the text for the real-time program notes. “And the interesting thing about that is, it’s a write-once-use-many-times process. If we could create a demand for it, we could create a library of program notes, which would be easily managed and accessible, and organizations would not have to create their own. But because we’re starting from nowhere, somebody has to start writing those things. It’s the ‘pioneer problem’.”

The Neat Thing About a Forest Fire

For Stensrud, the truth about audience attrition is blisteringly apparent: You need a new paradigm and if “relevance” is the marketeer’s revelation of the day, then acceptance of new technology is mandatory. The truth is, there’s no going back anyway. There’s no undoing smart phones or apps. And to those who wish to preserve their cocoon of private darkness, who feel outraged, confused, or threatened by it all — even to those who are understandably disgusted by the light of cellphones, by the lack of any respect for the composer or musicians —  Dr. Bill would say simply, “get over it.”

Actually what he says is, “F__ you.” And then he chuckles. He believes he’s not being vicious, merely practical.

In a 2002 speech before venture capitalists, who just then were scared out of their wits about the prospects for the venture capital industry, Stensrud pulled out that old manager’s trope: “the neat thing about a forest fire is that when it’s gone and the smoke is cleared, there’s a lot of sunlight and the seeds in the ground have access to a lot of nutrition. Adaptability is the key to any business”.

In the context of music, he told us, “Classical music is 30 years behind the curve, and it’s not all because 90-year-old Joe Grayhair doesn’t want to sit next to someone looking at an iPhone.”

“It’s so slow and so difficult,” he went on, and with such weariness. “To get people to think of new ways of doing things. It’s just so hard. The management teams in so many of these organizations; it’s as though they’re stuck in amber.”

He added, that while nonprofit boards are generally weak, classical music organizations are “extremely challenged and need fiduciary leadership desperately.” “As it is, we will always have a handful of classic performing arts companies. There will always be a New York Phil ... But even to do that we have to change the model and deliver classical music in a different form.”

Evolve or Be Destroyed

Stensrud, the son of a mining engineer, grew up in Canada and the Iron Range in Minnesota. His family moved to Silicon Valley shortly before he went off to MIT. He has always thought of Silicon Valley as built on the value of disruption.

“I’ve always been used to disruptors coming from below, and so the guys trapped in amber, who resisted change just disappeared, and somebody took their market away from them….  But that doesn’t happen in classical music: There are no disruptors.”

The very thought of it always makes him think of the Austrian economist, Joseph Schumpeter (1883-1950), who popularized the notion of “creative destruction.” “Things that evolve don’t get destroyed,” said Stensrud, “and those things that don’t get destroyed by the creative process, they get replaced.”