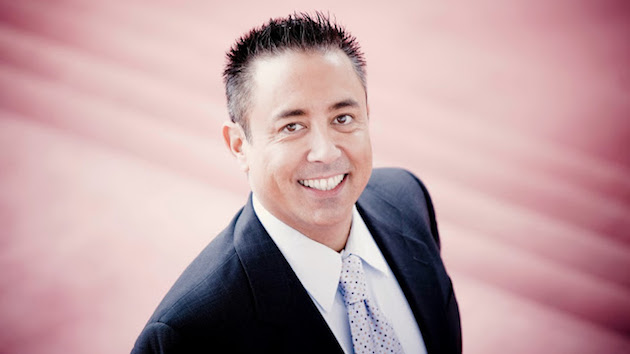 One of the most explosive talents ever to come out of San Francisco Opera’s Merola and Adler programs, countertenor Brian Asawa had an illustrious — if at times troubled  — career in opera and recitals around the world. He died on Monday after a long, unidentified illness; he was 49 years old.

Born in Los Angeles, he started his musical career as a piano major at UC Santa Cruz, switched to voice, and transferred to UCLA where he studied under Virginia Fox and Kari Windingstad. In 1989 he began a master’s degree in early-music interpretation at UCLA, where he studied with the British lutenist James Tyler.

In 1993, Asawa made his European debut at Netherlands Opera singing the title role in Gluck’s Orfeo ed Euridice, followed by his Santa Fe Opera debut in Handel’s Xerxes, and as Oberon in Britten’s A Midsummer Night’s Dream with Houston Grand Opera.

Asawa also performed in concert with the Mostly Mozart Festival at the Lincoln Center in New York, the Kennedy Center, Carnegie Hall, Brussels Opera, with the Haydn and Handel Festival, Seattle Symphony, Minnesota Orchestra, the Halle Handel Festival, Montpellier Opera, the Gottingen Handel Festival, the Chicago Opera House, the Adelaide Festival, and many others.

In an interview with Tracy Grant for a Merola publication, Asawa spoke of his career:

Baroque music has been my primary focus since I made the switch from tenor to countertenor. I fell in love with Early Music while singing in the UC Santa Cruz Chamber Singers and we performed the gorgeous choral piece by Josquin des Prez. When Diana Tash and I were thinking about a program to tour with, we came up with an all-Baroque program of arias, songs, and duets and paired ourselves up with a continuo group. Handel, Monteverdi, and Purcell were obvious choices for composers.

Diana and I met at LA Opera in a production of Handel’s Xerxes, with Lorraine Hunt as my brother in the title role. Diana and I found each other years later, and performed a duo recital of Mendelssohn, Schubert, and Rossini, and she also joined me in several benefit recitals for my church West Los Angeles United Methodist Church. We are best friends, and she has become family. Working together is a fulfilling collaboration. There is a mutual admiration and respect for each other, and when there are any disagreements, we always work through them.”

Asked what drew him to Baroque music, Asawa said top composers of the genre were “masters at composing dozens of arias, some fast with coloratura/fioratura, some slow, lamenting arias, and others with pastorale themes or coquettish affect, then taking a convoluted and often confusing story line, and masterfully pulling it all together with the perfect ebb and flow that provides an arch of fluidity. Pacing is obviously the key to keeping the audience’s attention in operas that often last three to four hours.”

Asawa also included contemporary music in his repertory, gave one of his most memorable performances in Peter Maxwell Davies’ Eight Songs for a Mad King, a vocally, emotionally, and theatrically red-hot portrayal.  (Peter Maxwell Davies himself died only last month.)

Asawa has commissioned numerous works for himself, including some from Jake Heggie, including Countertenor’s Conundrum, with lyrics by John Hall. Songs include “The trouble with trebles in trousers” and “A gift to share.”

On the main stage of San Francisco Opera, Asawa appeared in six productions between 1991 and 2001, including the roles of Baba the Turk in The Rake’s Progress and Prince Orlofsky in Die Fledermaus. The other operas were Das Verratene Meer, A Midsummer Night’s Dream, Tosca, and Semele.

SFCV will publish information in the comments section of this article when arrangements are made for a memorial.