Berkeley-raised conductor J. Karla Lemon, who conducted a host of local and national new music ensembles and orchestras between teaching gigs at Stanford University and other institutions, died peacefully at her Oakland home on October 15. The cause of death was a massive and catastrophic stroke endured during open-heart surgery for correction of a congenital heart condition.

The daughter of the late Rev. Jerry Lemon of St. John’s Presbyterian Church in Berkeley, she began her musical studies on violin. Soon she graduated to double bass, which she played for a short while as a member of the original Philharmonia Baroque Orchestra. 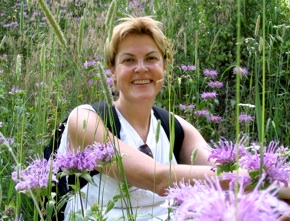 Lemon began conducting in the Oakland Youth Symphony, where she played bass alongside violist and future mezzo-soprano Lorraine Hunt (Lieberson). She soon realized that her first love was conducting. After graduating from UC Berkeley, she received her masters in conducting at the Staatliche Hochschule für Musik in Freiburg. From 1992 to 2002 she worked at Stanford University, conducting all their orchestras as well as teaching. Other gigs included Composers, Inc., Earplay, San Francisco Contemporary Music Players, Sonoma State, Rohnert Park Symphony, San Francisco State, the Women’s Philharmonic, and UC Davis.

According to her partner of 14 years, soprano Christine Brandes, Lemon’s special love for new music led to a long association with composer Eric Moe, performances of music by Mark Winges and Richard Festinger, and premieres of works by both Moe and Chen Yi, and other notable composers. Her recording premieres of Moe’s Up and Adam and Sonnets to Orpheus (with Brandes as soprano soloist) are available from Albany Records.

“Karla was under-recognized, but she was one of the finest conductors of contemporary music out there,” Moe said by phone from his home in Pittsburgh. “She always found ways to stretch herself as musician. She could take a work like Bartók’s Concerto for Orchestra, which she conducted with the Santa Rosa Symphony, and make it work in ways I had never heard. I brought her to New York to conduct because her insights were always so illuminating.” In 2005, Lemon conducted the Chamber Music Society of Lincoln Center in the premiere of Pulitzer Prize-winning 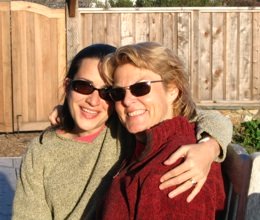 composer Melinda Wagner’s Four Settings, featuring Brandes as soloist. Recorded by Bridge Records in 2008, the work is part of an all-Wagner CD slated for release by mid-2010. Also on the CD are Wagner’s Wick, performed by the New York New Music Ensemble, and Trombone Concerto played by the New York Philharmonic under Loren Maazel, with Joseph Alessi as soloist.

Most recently, Lemon guest conducted at the Mancini Institute in Los Angeles and the Nashua Symphony in New Hampshire. Last year, she conducted the Composers Inc. premiere of Allen Shearer’s The Dawn Makers, with Brandes as one of the soloists.

One of Lemon’s most fateful performances took place at Stanford University in the spring of 1997, where she was slated to conduct Bach’s St. Matthew Passion. Two years earlier, when she was scouting for a soprano soloist to pair with her already chosen mezzo, Hunt, a friend suggested Brandes. After Lemon heard Brandes sing, she turned to her friend and whispered, “I’m in love.” Once Lemon and Brandes began speaking, they realized that they were the two women that their mutual friend Lorraine had always suggested should meet. (“She was our little arranger,” says Brandes.) Within a couple of months, the two had begun a 14-year relationship that included a civil union in Vermont.

Besides conducting, Lemon’s other lifelong passion was social justice. Influenced by her father, who left St. John’s to minister at a black congregation in Oakland and support the Black Panthers, she headed to New Orleans right after Katrina as a Red Cross volunteer.

“It’s the way she was,” says Brandes. “When she saw an opportunity to make something happen, she threw herself into it. She wanted to serve, and was really passionate about the benefits that players and audience members derive from music. Everything for her was about relationship.”

Lemon recently completed her Masters in counseling and psychology at the Wright Institute in Berkeley. She intended to continue conducting while serving disadvantaged populations and was working for Crisis Support Services in Alameda, through which she provided counseling to four little boys who had witnessed one of the recent murders of police officers in Oakland.

In addition to her partner Brandes, Lemon’s survivors include her half-brother Darwin Lemon of Sausalito, half sisters Linda Lemon of Tahoe and Wanda Huddleson of Montana, and Brandes’ parents Joe and Carol Orin. Joe and Carol often joshed that if Karla and Chris were ever to break up, they would have a hard time deciding which one to keep as their daughter.

A memorial service is planned for Nov. 7 at 10 a.m., at the First Congregational Church in Berkeley.