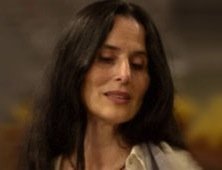 It should not be forgotten that long before she became famous in New York, Montserrat Figueras Garcia was a great hit in Berkeley.

“She had a huge following here,” remembers Robert Cole, the former director of Cal Performances. “Always very popular. I think she performed here more than anywhere else in America.”

Figueras, the illustrious soprano, died on Nov. 23 in Bellaterra, Spain, following a long battle with cancer. She was 69.

“She was very warm and sweet,” says Cole, “totally charming in her mysterious way, but not hugely social. At dinners, even among friends, she was always quiet and retiring, and not one for light conversation.”


An interview with Montserrat Figueras at the 7th Misteria Paschalia Festival, 3/31/2010

Figueras was born into a musical family in Barcelona, in 1942, and began studying music from an early age with Jordi Albareda. She developed an affinity for music from the Renaissance and Baroque periods, and eventually sang with the Catalan music ensemble Ars Musicae, which featured a viol player named Jordi Savall.

In 1968, the two married and so began an extraordinary personal and professional life together that took them all over the world. They would eventually form the group Hesperion XX, which later became Hesperion XXI. They also founded La Capella Reial de Catalunya and Le Concert des Nations.

“She was a wonderful partner for Jordi, musically and personally,” says Cole. “The two of them were always perfect together.

“To me, she epitomized the very arcane world of Jerusalem and old Spain. She and Jordi drew you into their world. It was as though they were coming from another sphere. Such magnetism and presence!”

Following the release of Lux Feminæ in 2006, Gramophone critic Mary Berry noted, “She can be dramatic or passionate, facetious or sorrowful; a young girl who wants her freedom and is only restrained with difficulty, and a saintly soul in a mystical union with God.”

And that’s the trick in early-music singing, of course — to put a song across as a powerful expression of sentiment rather than as an artifact excavated from the deep past. Figueras led the way for a movement, in that regard.

“You couldn’t mistake her for anyone else,” says SFCV contributor Michelle Dulak Thomson. “Her voice was very warm, very rich, a Mediterranean voice — the antithesis of the English school. Deep and alive. Primeval. I will miss her voice because there’s nothing quite like it.”

“She’s one of a kind,” says Robert Cole. “You won’t see another like her in our time.”

The funeral was held at the Monastery of Pedralbes in Barcelona. She is survived by her husband; their daughter, Arianna; and their son, Ferran.