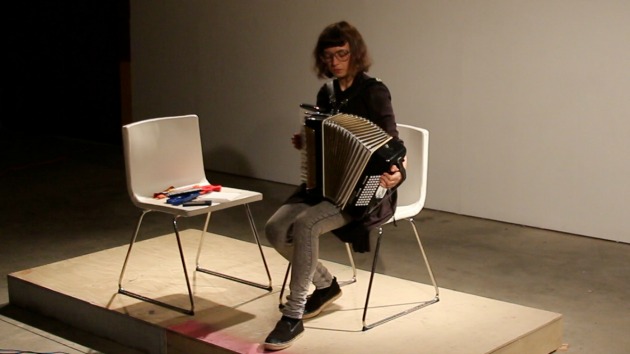 Experimental music just might be the only subgenre of classical music that skews young. If an aerial view of a symphony hall looks like a gray sea, a concert at a place like the Center for New Music looks like a graduate student convention.

That's why it’s surprising to hear Andrew C. Smith, co-founder, along with David Kant, of the Santa Cruz-based experimental music collective Indexical, cite the importance of senior audience members. But he used to work at the Seattle Symphony, where he learned that seasoned concertgoers provide valuable perspective: “People who were subscription ticket holders for 50 years were by far the most critical of performances, because they had seen them over and over again.”

“There are a lot of other factors unrelated to the music as to why people don’t go to experimental music concerts,” Smith continues, “and so we try to minimize those.” He’s found that meeting basic expectations of professionalism can boost attendance across all demographics. By attending to simple courtesies that new, non-traditional presenters might neglect (starting on time, providing programs) Indexical communicates a message of inclusivity to audience members of all ages and sensibilities — who may be hearing music unlike anything they’ve heard before.

This personable atmosphere reflects a long friendship between Smith and Kant, both composers, who met in 2009 while volunteering at the Brooklyn music venue ISSUE Project Room. When Kant left New York for graduate school at Dartmouth, he gave Smith his job. In 2012, while Smith was presenting small, independent concerts in Brooklyn, he and several colleagues (including Beau Sievers, the collective’s third-in-command) began working on a recording. 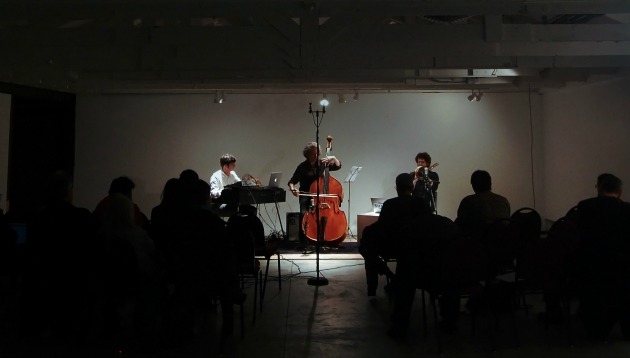 This first record, Index 0, was released “without any infrastructure in place,” Smith said. “Logistically, marketing-wise, I didn't know what I was doing. David wasn’t really involved yet, Beau was in grad school, and I was moving across the country...” But after both Kant and Smith settled into the music department of University of California, Santa Cruz, their collaboration blossomed into a local concert series. (Sievers is earning his Ph.D. in neuroscience at Dartmouth, and remains involved with the collective, though not on a daily basis.)

Early on, Smith noticed that festivals define much of the Santa Cruz music scene. “The Cabrillo Festival gets a ton of people here, the Santa Cruz Baroque Festival is pretty phenomenal, but it’s all planned 18 months in advance and [concerts are] in a relatively short time span.” No venue presented experimental music year-round, so he and Kant decided to organize concerts for their friends. The first event, in 2015, mounted Los Angeles-based composer Casey Anderson’s Talk Radio (an opera), for performers and handheld radios.

Indexical’s concerts often feature works in progress, and many pieces are improvised — a far cry from the polished orchestral works featured in the city’s most prominent contemporary music organization, the annual Cabrillo Festival. “As for comparing us to the other organizations in town, I think the big thing is that we tend to present the most experimental things we can find,” Smith says. It’s not about being oppositional or revolutionary: “We just kind of do things where we are.”

It doesn’t hurt that it’s a beautiful place. Artists like Brooklyn-based composer Byron Westbrook and cellist Séverine Ballon have come to Santa Cruz for a week at a time, staying in colleagues’ spare rooms. “It makes a little bit of a vacation out of it,” Smith says.

The series has been as popular with the community. Ticket sales account for around 40 percent of the performance budget, which is also supported by individual donors (via Fractured Atlas, Indexical’s fiscal sponsor) and, as of last year, by the Santa Cruz Arts Council. Together, these sources guarantee modest artist fees for nearly all Indexical’s performers. 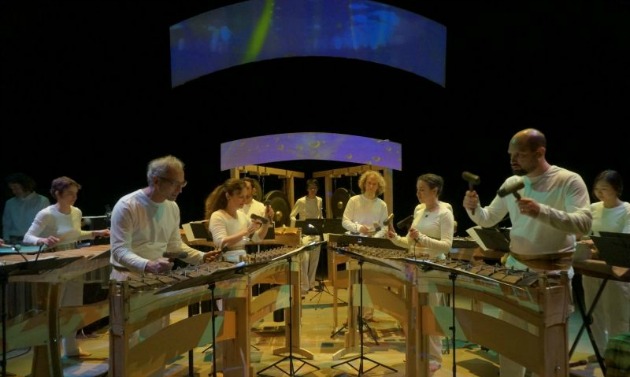 Many of these artists’ appearances have expanded into long-term collaborations. Since meeting cellist Ballon in 2012, for example, Smith and Kant have presented her in both Santa Cruz and San Francisco, at the Center for New Music, and plan to record a studio album with her in the near future. Fellow UCSC graduate student composer Brian Baumbusch first worked with the renowned JACK Quartet in 2012, and they will play his piece Hydrogen(2)Oxygen with the Oakland-based Lightbulb Ensemble on January 13.

Working on a small budget, it’s no surprise that most Indexical concerts feature individual composer-performers. Still, the team strives to present a diverse sampling of electronic and acoustic styles: Kant performs on a laptop, Smith creates speech-based works, and on January 29, Ma’ayan Tsadka will perform “a trip through underwater amplification and cryptozoology.” Indexical’s inbox is open to unsolicited proposals and new artists, but it’s a self-selecting group, Smith explains: “Who wants to come to Santa Cruz and play a gig for very little money and sleep on my futon?”

Central to Indexical’s performance series is the Happy Valley Band, which Kant leads. Using computer programs of his own creation, Kant “unmixes” popular music recordings (Madonna’s “Like a Prayer,” for example) and transcribes them for individual performers in his band, which includes himself on saxophone, Smith on piano, and Sievers on drums. After more than five years of work, the group’s debut album, ORGANVM PERCEPTVS, will launch next month.

Publishing is another goal: Indexical plans to publish an interdisciplinary journal that Smith describes as “an alternative place where people can talk about their work in a very in-depth way.” It would be a time-consuming project for two people, but the pair are cautious of expanding the team. “David and I are in fairly constant communication,” Smith says, “and I think that would be difficult with more people.”

In every aspect of Indexical’s production, “doing more” seems to be the goal. Kant and Smith personally work the door for most events; in small venues like downtown Santa Cruz’s Radius Gallery, they notice and introduce themselves to new audience members. “The more times we have a conversation with someone, the more likely it is that they’ll come back,” Smith says.

While the partners are personable, they don’t pander, Kant says. “We don’t pretend that music is something that it isn’t ... We don't try to dress it up or sell it to someone who isn’t going to like it. Rather, we try to present a range of stuff …” As a listener, you might hate something, or think it’s “just okay,” Smith chimes in. “But you still go to things.”

Indeed, Indexical’s audience is slowly but steadily growing. With more revenue, Kant and Smith hope to present larger groups in addition to building ensembles around specific works and commissions. There will be plenty of time. After finishing his degree, Kant hopes to stay in California, and Smith says he and his wife are permanently settled in Santa Cruz. “Once you show up, you never leave.”