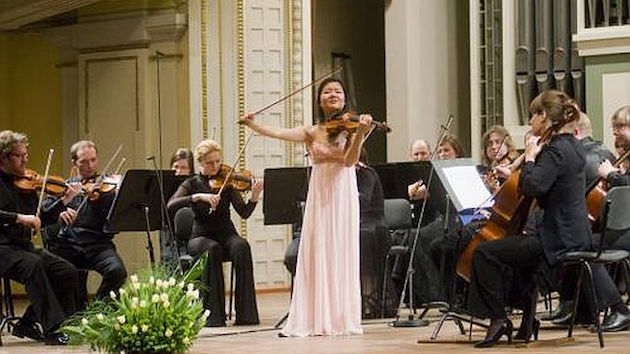 What is it like to be a teenager and win half a dozen significant violin contests? Consider Mayumi Kanagawa, now a mature 22, but with a teen history of winning - among others - first prize in the 2013 Jascha Heifetz Competition in Lithuania and the 2011 Irving M. Klein Competition in San Francisco, besides other contests and being featured in music festivals at Aspen, Verbier, and elsewhere.

Kanagawa will be front and center in Glazunov’s brilliant 1904 Violin Concerto, when Music Director David Ramadanoff leads 102 youngsters in the opening of the Young People's Symphony Orchestra’s 80th season, Nov. 12 in Walnut Creek and Nov. 13 in Lafayette.

“California’s Oldest Youth Orchestra” (also the second-oldest in the U.S.), YPSO will also offer the Overture to Verdi’s La Forza del Destino, selections from Manuel de Falla’s The Three-Cornered Hat, Suites 1 and 2; and “The Aquarium,” the third movement from Jeremy Cavaterra’s Monterey Suite.

Kanagawa began her violin studies at the age of four in her native Japan, moved to New York and studied at Juilliard, then moved to Los Angeles at age 12 to study at Colburn School. As a high school student in Los Angeles, Kanagawa was a member of the American Youth Symphony. She is currently a student of Professor Kolja Blacher at the Hochschule für Musik Hanns Eisler in Berlin.

The violinist remembers first hearing the Glazunov Concerto in the car on the classical station when she was in elementary school. “I found the opening so mysterious and powerful,” Kanagawa says. “It’s an intensely romantic piece, in the lush language of the preceding century rather than the new voices, which were forming themselves both in Russia and abroad at the time. At the same time the form is quite unorthodox, with all of the movements connected seamlessly and the second sort of nestled into the first. The opening in the lower register is really satisfying to play on the violin, and the orchestration is so rich and beautiful.”

YPSO will give the first, large orchestra performance of Cavaterra’s “The Aquarium,” a work that Ramadanoff commissioned and conducted in its world premiere with the Master Sinfonia Chamber Orchestra in 2014. You can listen to the Monterey Suite here; “Aquarium” begins at 6:20. A video of Kanagawa playing the Bruch Violin Concerto is available here. 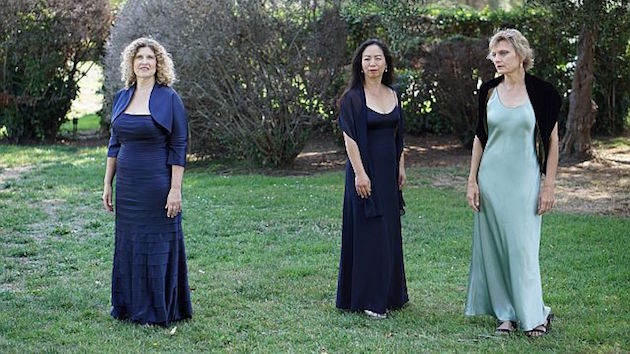 A small, brave organization for the creation and performance of new music will have its season-opener on Oct. 30 in the Berkeley Piano Club, when E4TT begins the series “56x54” — Stop! What and what?

Explains E4TT (Ensemble 4 These Times) co-founder/co-director (with David Garner) and soprano Nanette McGuinness: “In our first Call for Scores from earlier this year, we received 275 scores by 200 composers. We chose 56 works by 54 composers, and are performing those works over this and next season. The upcoming concert and preview comprise the first program in which we’ll perform [all] their works, hence 56 works by 54 composers.”

The selected composers hail from 11 countries — Brazil, Canada, China, the Czech Republic, England, Germany, Greece, Israel, Poland, Russia, Spain, and the U.S. — and 18 states, and range from emerging composers beginning their undergraduate degrees to veterans in the field. 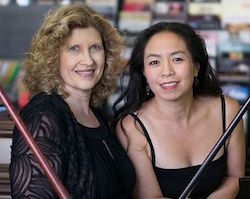 The program concludes with Mein blaues Klavier (2015) by E4TT composer David Garner, to poems by Else Lasker-Schueler from the ensemble’s award-winning debut CD, Surviving: Women’s Words.

Members of E4TT have returned from a tour to Europe, including the Krakow Culture Festival, where they received high praise for such performances as pianist Dale Tsang presenting the world premiere of Nepheles by Martyna Kosecka, in the Galicia Jewish Museum. 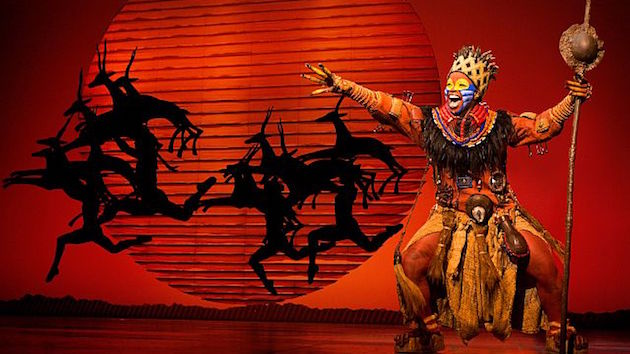 The sound of the flute will be prominent as Disney’s The Lion King arrives next week in the SHN Orpheum Theatre for a run through Dec. 21. Make that flutes, plural, as the show’s amazing flutist, Darlene Drew, plays 15 different instruments during the course of the show, ranging in size from a toothbrush to one that is five feet tall: Each character has a corresponding flute and method of how she plays that specific instrument.

The Broadway score features Elton John and Tim Rice’s music from The Lion King animated film of 1994, along with three new songs by John and Rice, additional musical material by South African Lebo M, and Mark Mancina, Jay Rifkin, Taymor, and Hans Zimmer; and music from Rhythm of the Pride Lands, an album inspired by the original music in the film, written by Lebo M, Mark Mancina, and Hans Zimmer.

Produced by Disney Theatrical Productions (under the direction of Thomas Schumacher), The Lion King has generated five productions worldwide running 10 or more years. It has been translated into eight different languages, with current productions in New York, London, Hamburg, Tokyo, Madrid, Mexico City, and Shanghai, and on tour across North America.

Having played over 100 cities in 20 countries on every continent except Antarctica, The Lion King’s worldwide gross exceeds that of any film, Broadway show, or other entertainment title in box office history, say the producers. North American touring productions alone have been seen by more than 17 million theatergoers and grossed over $1.2 billion to date. 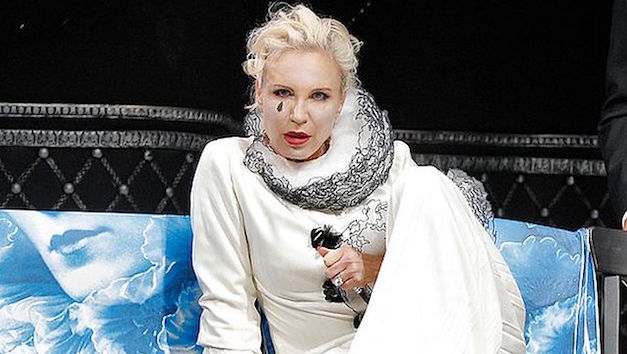 San Francisco Opera’s wonderful production of Leoš Janácek’s The Makropulos Case (close to the excellence of the landmark SFO premiere in 2010) has a puzzle in the second act. Emilia Marty appears backstage after a performance, in a Pierrot costume. Performance of what?

Civic Center blog‘s Michael Strickland wondered what was the opera she performed that would explain the costume. I looked everywhere, even in Janacek’s hometown of Brno, and asked Czech-speaking San Franciscan Charlie Cockey, who lives there, to check the original play for the answer. No specific opera is mentioned in Karel Capek’s play, so the question persists.