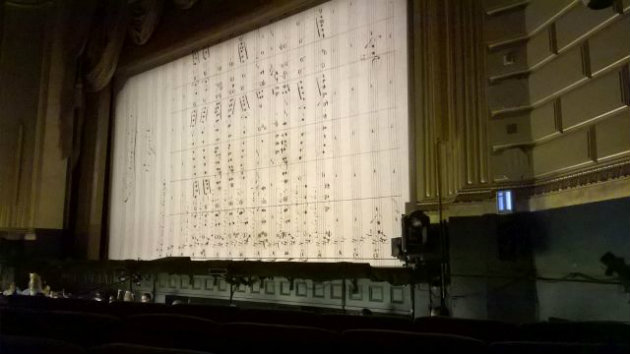 Meistersinger to Troyens: Who's Your Daddy?

Just a few weeks ago, we reveled in the enormity (musical and statistical) of Berlioz's Les Troyens, with its combined forces of 134, and tomorrow at the War Memorial, we'll hail Wagner's Die Meistersinger von Nürnberg, where the count is 138, and running time, at 5:40, leaves Berlioz's skimpy 4:50 far behind.

Turning attention from the external to the essential, here's a bit of conductor Mark Elder's writing about the opera:

As he wrote Die Meistersinger, Wagner became more and more fascinated by a subtext in the story that involved the historical poet and shoemaker Hans Sachs, a character that was so close to his imagination that as the piece progressed, the scale of the comedy expanded. The music that the story of Die Meistersinger needed was completely different from the music that was required for the gods, dwarves, and giants of the Ring. it needed to be music that spoke warmly and yet with great variety and vivacity.

The music has a mercurial quality; it changes very quickly depending on the character who is singing. This quality had developed in Wagner’s previous operas, particularly Das Rheingold and Die Walküre, which also have enormous variety of imagination. 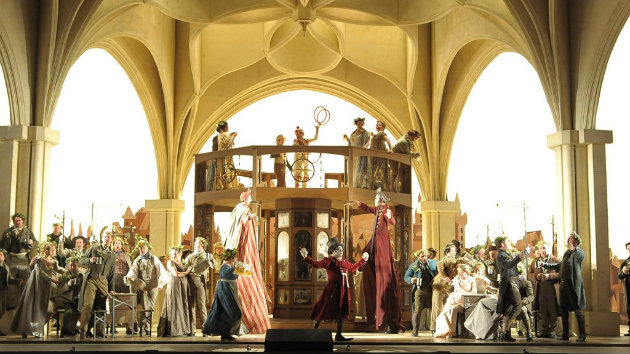 Elder, music director of Manchester's Hallé Orchestra, is leading an orchestra steeped in Wagner by Donald Runnicles, and a cast of stars, including one of the finest helden-lyrical (and best-looking) tenors around, Brandon Jovanovich as Walther; the debut of Rachel Willis-Sorensen as Eva, Sasha Cooke as Magdalene, and Alek Shrader as David. Wagner specialist James Rutherford took the pivotal role of Hans Sachs when health issues forced the originally cast Greer Grimsley to cancel. Other names that should be familiar and welcome: Ain Anger, Philip Horst, AJ Glueckert, Corey Bix (the tenor rescuing three performances of Les Troyens when Bryan Hymel was unable to sing as Énée), Edward Nelson, and Andrea Silvestrelli.

San Francisco Opera is a co-producer of Meistersinger with Lyric Opera of Chicago and Glyndebourne Festival Opera. David McVicar's production, on Vicki Mortimer's less-medieval-than-usual sets, is directed here by Marie Lambert and Ian Rutherford, both making their San Francisco debut. 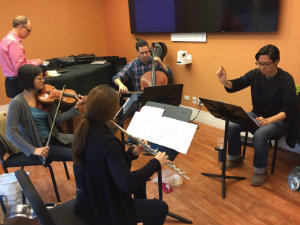 Patrick Castillo is well-known to [email protected] audiences as artistic administrator, publication manager, and popular lecturer for the past decade, but he is also a busy composer, and his new work, The Quality of Mercy, has just been released by Innova Recordings.

Castillo is better known around here as an executive and manager at the festival, but otherwise, he has had an important composing career - his music has been presented at venues throughout the United States and internationally, including Spoleto Festival USA, June in Buffalo, the Santa Fe New Music Festival, Interlochen Center for the Arts, Berklee College of Music, Bavarian Academy of Music in Munich, Nuremberg Museum of Contemporary Art, and the Havana Contemporary Music Festival.

Bookended by settings of poetry by Dickinson and Yeats, the five-movement work charts the complicated emotional terrain of grief, anger, and acceptance through a pair of dramatic interludes and, at the cycle’s center, a rhapsodic vocalise. 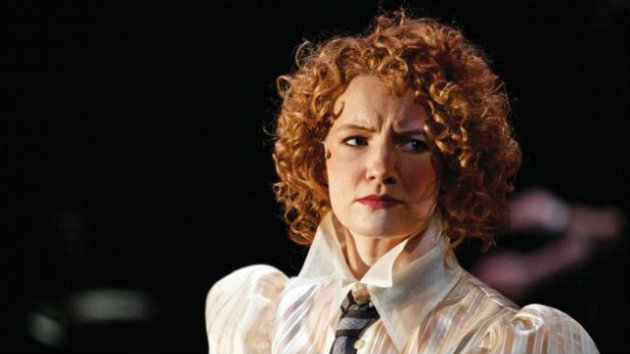 Deriving musical and structural content from plainchant (the Kyrie from the Mass for Pentecost), The Merchant of Venice, birdsongs, urban field recordings, and other sources, the work also explores the concept of reconciliation by integrating conflicting methods and materials: Live instruments cooperate directly with electronic media, with much of the work’s soundscape constructed organically via live audio processing of acoustic events.

Between these two works, the album features Castillo’s Webern-esque Cirque for solo violin, performed by Grammy Award-winning violinist Karen Kim. The album’s overarching concerns with poetry, color, austerity, and restraint as a means of expression are echoed in the album’s artwork, featuring photography by John Rose. 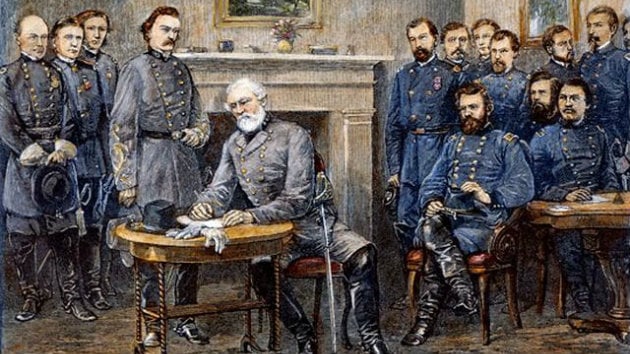 Glass' Appomattox Revised to Deal with Issues of Today

When San Francisco Opera gave the commissioned world premiere of Philip Glass' Appomattox in 2007, reviews were mixed. Now the composer has a chance to revise the work, as Washington National Opera Artistic Director Francesca Zambello is heading a new production in Kennedy Center.

With Christopher Hampton writing a new libretto, voting rights became a central theme of the opera originally dealing only with the Civil War. "We were writing it in 2005 and 2006,” Glass explained, and it never occurred to me [back then] that the Supreme Court would gut the Voting Rights Act.”

"The revised opera," says the New York Times, "opens with Frederick Douglass visiting the White House in 1865 and telling Abraham Lincoln he would like to see 'voting rights for all free men of color.' In the second act, a century later, the Rev. Dr. Martin Luther King Jr. visits the White House to press President Lyndon B. Johnson on the Voting Rights Act."

“We are now in very interesting territory, where the artists are trying to catch up,” Mr. Glass, 78, said at the Kennedy Center before a recent rehearsal. “It’s not art imitating life; it’s art trying to catch up with life. Because life is changing in front of us.”

• After a decade of serving as house manager of the War Memorial Opera House, Eric Colby has resigned to take a position with Stanford University. The head usher for the orchestra level, George Windstrup is now interim house manager.

• SF MoMA's immersive sound installation of a Thomas Tallis motet is now open in Gallery 308 of the Fort Mason Center for Arts.

• The answer to questions about how to get tickets to events in the new Wilsey Center Atrium: http://sfopera.com/buy-tickets/ under Other Events, but only when the February-May concerts are posted there.