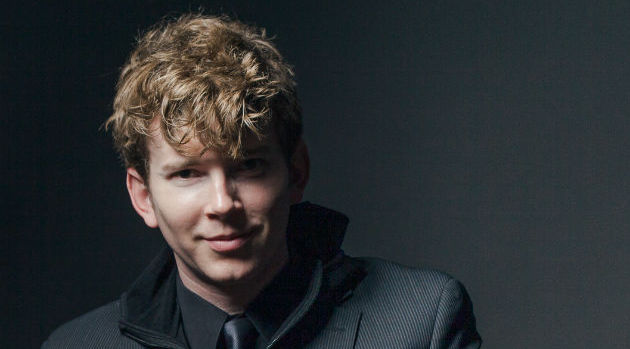 If all musicians were as affable as cellist Joshua Roman, there’d be no chatter about classical music and how it is in jeopardy or doomed to die a slow death in cavernous concert halls.

Roman’s charm and everyday-man persona may be the result of his upbringing. Born in Oklahoma City, the 32-year-old, award-winning musician grew up with parents who sprouted musical prowess like runaway weeds in an untended garden — his mother: violin, piano, voice; his father: piano, trombone, cello, choral conducting, and more. He and his three younger siblings were enrolled in Suzuki, with an eye to their personal development and as a  financial move aimed at their acquiring enough proficiency to land scholarships. His siblings didn’t follow Roman’s footsteps into conservatory training and the rigorous life of a solo cellist, but by playing in bands and orchestras as adults they express their versatility and the family’s noncompartmentalized approach to music.

Or maybe it wasn’t only the high-spirited music education and home-schooled-until-age-16 environment that rendered Roman an artist with a mind eager for abstract challenges. Recent and current projects range from a residency with the Los Angeles Chamber Orchestra to multiple guest artist appearances with various ensembles to collaborations with DJ Spooky (an iPad cover of Radiohead’s “Everything in Its Right Place”). Add to that appearances as a TED Fellow, co-creation of On Grace, with Tony Award-nominated actress Anna Deavere Smith (premiered February 2012 at San Francisco’s Grace Cathedral), and the “Popper Project,” a YouTube channel offering Roman performing the complete etudes from David Popper’s “High School of Cello Playing” (youtube.com/joshuaromancello).

And this is not to ignore his positions as artistic director of Town Music at Town Hall, Seattle and artistic advisor to the Second Inversion — initiatives aimed at shining a spotlight on young composers and ensembles whose music is geared to stir the souls and passions of the next generation of classical music audiences. It’s little wonder his goals for 2016 boil down to necessity: “Focus. Setting limits. Planning. Find the core, then move out, but not so far that I lose myself,” he says.

Of course, if Roman is seeking escape from the expansive architecture of his life, he’ll have to forgo his most recent endeavor: single parenting.

“I’m actually taking care of my sister’s four kids while she’s with her husband’s band on tour,” Roman says. “They are all under age 7 and the youngest is 15 months old. All of a sudden, my respect for single parents goes up through the roof.”

The only reason Roman has 75 minutes to talk about his work and the future of classical music are a parent’s best blessings: school days for the children over five and naps for toddlers. While he experienced tremendous freedom as a home-schooled student, Roman says public schools that use music to build students’ systems of memory or to relate it to culture, history, mathematics, and other real-life touchstones, are tapping into music’s power. “Music is a celebration, ritual, connected to dance. The barriers are dropped: that’s its most fundamental role. Interacting with it, we’re touching a giant ocean, a river we can ride with.”

Roman’s excursion on that river has led him to realizations. Young people, he says, “have strong b.s. sensors.” Seeking diversity for political correctness isn’t inherently bad, but honest curiosity is more genuine. 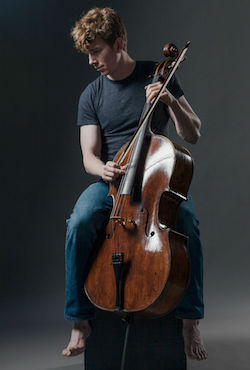 His appetite is consistent, even when the activity isn’t musical. Inspired by sprinter Michael Johnson and deciding at age 17 that he wanted to be the fastest man in the world, Roman took his nonathletic self to the streets. “I didn’t discuss this with anyone. I just tried to run as fast as I could. I ended up having knee surgery; the cartilage was so damaged, it was flaking off.”

None of this indicates that setting limits is likely, which causes him to laugh and confess that his interests and choices are “sort of like shooting down the middle at things that sound alive and present.” The work of composer Mason Bates, he says, is one example of music that tickles his mind, takes him to familiar, Mozartean places, but also allows him to enter awkward, vulnerable territory. Fear of failure lurks, but is constantly overcome by curiosity.

Which leads him to the work he’s creating for the Grammy Award-winning San Francisco Girls Chorus. In a program April 10 at Herbst Theatre conducted by music director Valérie Sainte-Agathe titled “Echoes of the Classics: Canons by Brahms, Franck, and Haydn,” Roman presents his world premiere, Our Voice.

“My first thought was, ‘Oh my gosh, all of those high voices and the cello. It will be fun to deal with those different timbres.’ Then I thought about my nieces, the melodies they want to hear, but also girl power.”

Taking on the taut assignment to write his first canon, (that favorite choral procedure in which voices enter with the same melody at staggered times), Roman played with the technique. At given moments, vocal flow is interrupted, as the voices “bottle up” or gather in more complex harmonies or flock collectively on “angel sounds” before turning a corner to dive back into pure canon. The cello plays a supportive role, its deep resonance providing contrast. “I sing with them, but I’m not one of their voices,” Roman says. “I’m there to give them their space.”

Reflecting on the work from the vantage point of completion, Roman draws more lessons and inspiration for continuing his pursuit of new directions in composition.

We’re at an interesting place with feminism and how we accept other people. I don’t feel I should tell my nieces what to do because they’re women. It’s nice for me to just listen, to encourage. That’s what it should be. It’s not for me to decide that direction for someone else. I thought it would be fun to give these girls something simple that encourages them to say, ‘Listen to me, it’s my voice, it’s our voice.’”