Pianist Calvin Hu has just had one of those summers that may be life changing. The Lowell High School Senior is now, more than ever, drawn towards furthering his musical studies in college, following an intense three-week session at California Summer Music at Sonoma State University this July. “My mentors there, [pianist] Hans Boepple and [violinist] Robin Sharp were really inspiring,” says Hu. He performed in a master class with Beopple on one occasion and reported, “I like his teaching because he breaks things down into logical steps. He taught us that exaggeration in music is sort of necessary to make something special out of it, and not be boring. When Sharp coached us on our Brahms Trio she made up a Cinderella story to go along with it—the way it described the drama in the music really fit!”

The prestigious string and piano chamber music camp is directed by cellist Irene Sharp, and annually draws very talented students from all over the world. Hu enjoyed meeting kids from Australia and Taiwan, as well as the U.S. East coast and a few locals as well. Their schedules consisted of practice time, daily chamber music coaching, private lessons, and a nightly performance or master class, culminating in a series of final concerts. Still, Hu says, participants had time to socialize together, which he found valuable for his trio. “Getting to know the people in my group during free time really helped us play music together better in the end,” he says. Would he return next year? “Absolutely, if I have the opportunity!”

Play Along With Thingamajigs

If your child loves banging on the pots and pans, you can encourage him or her to take it to a whole new level. Thingamajigs educational programs are devoted to discovering sound in our every day environment — including the kitchen. “Anyone can make music and musical instruments,” says composer and co-founder Edward Schocker. “Early cultures around the world didn’t buy their instruments, they made them. We’re finding that kids really value what they make, and this approach to teaching music is especially helpful in school programs where there aren’t a lot of resources.”

Schocker and other faculty teach kids to use objects found in their recycling bins, in nature and around the house, to make and play musical instruments while developing a deep appreciation for listening to sounds. Depending on the age group, projects include crafting various percussion instruments like shakers and drums, up to more complex bamboo flutes and instruments of their own design. 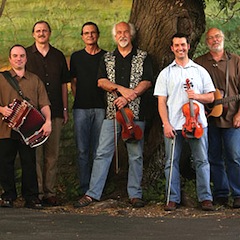 Introduce your family to a special form of folk music at the 15th Annual Cajun Zydeco Festival at Ardenwood Historic Farm in Fremont on Saturday, Aug. 13. Enjoy music and dancing, as well as delicious Cajun and Creole cuisine. Zydeco is a form of Cajun roots music developed in Louisiana with up-tempo, rollicking accordion, a metal washboard acting as a rhythm instrument, and lyrics sung in Creole French.

If you’ve never heard this style of music, this is the lineup to do the proper introduction. Founded in 1975, Grammy winners BeauSoleil avec Michael Doucet became one of the most well-known bands performing traditional and original music rooted in the folk tunes of the creole and Cajun people of Louisiana. BeauSoleil recently won their 15th award for Best Cajun Artist from Off Beats Magazine’s Best of the Beat awards. Also on the bill is the masterful Andre Thierry & Zydeco Magic, voted best Zydeco group by the West Coast Blues Hall of Fame in 2008. Jeffery Broussard & The Creole Cowboys and Sonoma County’s Gator Beat pump up the beat as well.

Gates open at 10 a.m. and live music will play from 11 a.m. until 7 p.m. The kids will want to take a tour of the farm and visit the animals while you’re there. For more information or to purchase tickets call (888) 327-2757 or visit EBParksOnline.org. Proceeds benefit the parks.