Over the Moon About Musical Theater 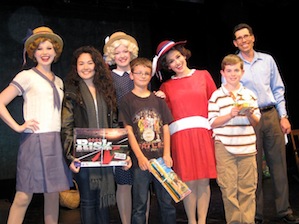 Get out your tap shoes and warm up your chords, San Francisco’s newest musical theater school is heading into its 5th trimester with growing demand for its classes for kids ages 8-17, and adults as well. 42nd Street Moon is by no means a new organization; since 1993 they’ve mounted five fully staged productions of Broadway musicals each year. But now, instead of just observing from the audience, you and your children can get involved first-hand in the MoonSchool, which opened fall of 2010. Winter trimester starts Jan. 9, with two levels: Rising Stars (8-11) learn basic music theory skills, how to pick up dance steps, and play different characters. Aspiring Artists (12-17) is for the young person who has a serious interest in the study and performance of musical theater or may be considering a career in the arts. Additional choices include summer camps, private lessons, master classes, and intensives. Adults can play too, from the safety of separate adult classes.

Says Education Director Dyan McBride: “We created the school as a response to the need for good musical theater training in the area. The combined art form of singing, dancing, and acting is very specific and was already our specialty at Moon.” McBride says for the right kind of talent, the school can be a pathway to opportunities in the professional company. She’s also proud of the unique 2-week summer camp, which has students not only acting in a stage production, but also creating its sets and costumes.

Currently up on the professional Main Stage is Three Sisters (1934), a lost work by Jerome Kerns and Oscar Hammerstein II, directed by Greg MacKellan. 42nd Street Moon received an NEA grant to restore this London musical and presents the American premiere this December. Come see the family matinee, Dec. 10 at 1 p.m. 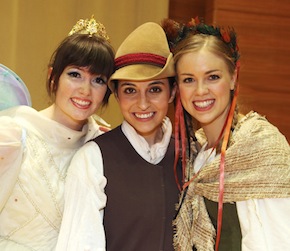 The San Francisco Conservatory of Music is rolling out its yearly tradition of family opera, Saturday, Dec. 10. A free production of Hansel and Gretel comes to the stage of the beautiful concert hall at Oak Street, adapted to a one-hour production with the youngest audience in mind. In fact, German composer Engelbert Humperdinck and his sister Adelheid Wette, who wrote the libretto, created the piece in 1892 for her children at Christmastime.

Says Richard Harrell, director of the Conservatory Opera program: "Our family opera is a win-win situation. It provides a valuable performance opportunity for our Conservatory opera students at the same time introducing the art form of opera to children. Hansel and Gretel, with its sets, costumes and familiar story, is particularly engaging for our youngest audience members." And the music is also memorable, with its beautiful melodies such as in the famous lullaby, “When at night I go to sleep …”

Tis the Season to Sing! 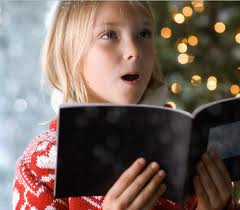 This season, introduce your kids to caroling and sing-alongs and stimulate their long-term health and happiness. According to experts quoted in a recent Gramophone article, singing improves your aerobic health, lungs, blood oxygenation, alertness, and brain functioning. Singing in a group improves self-esteem and feeling of belonging which leads to endorphin production, and that “feel good” rush. There is evidence that among 4 and 5 year-olds, singing enhances memory and language development.

Not only that, singing provides an activity that the family can enjoy together, even preserving ancestral traditions. For example, kids growing up with pop holiday songs may have never even heard your favorite traditional music. And those old songs have simple harmonies — a great chance to teach kids about part singing as well. Singing helps to create a mood around a holiday celebration, and infuse the season with a meaning beyond the commercial. Look to your community center, church, synagogue, library, for organized caroling and sing-alongs, or host your own party!

Not only can you help yourself by singing, you can also help others with events like the Institute on Aging’s Cable Car Caroling, Dec. 4. Participants bring holiday cheer to elders at senior homes and private residences, via motorized cable cars. See here for more information.