Nominations for the Grammy Award for the 2011, Best Children’s Album are out and SFCV took a listen to what’s on the ballot. The award was first granted to the soundtrack to the Disney film, Aladdin in 1994. This year, all of the nominees are on small independent labels, and music with a socially conscious message seems to be the trend. Tell us which one gets your vote!

All About Bullies ... Big And Small

This compilation of various artists offers a nice variety of musical styles, with lyrics that are just as the title would indicate…all about bullies. The empowering messages are delivered by spoken word as well as song, like Heidi Swedberg’s piece advising against putting labels on people, or Debbi Calton’s poem “Bully on the Bus”. The Sugar Free Allstars & Secret Agent 23 Skidoo advocate for cooperation through a hip-hop jam and the indie rock song “Jump Rope” compares life to a jump rope with its ups and downs. The overall sound is sophisticated, more like “real” music and not kids’ music, however, some will find the alternation of the tracks between sung and spoken word a bit jarring. All album proceeds will be donated to the PACER's National Center for Bullying Prevention.

Are We There Yet?

David Sharpe’s (aka, Papa Hugs) third CD of original children's music is down home and folksy, featuring the acoustic instruments of as guitar, drums, violin, tuba, and bass. The music targets children of the ages six and below, with fun sing-along lyrics that educate kids about the world around them. Papa Hugs has recorded some of his fans’ favorite silly sounds (can you say, “flatulence”?) and mixed them into the tunes too. Songs like "Stinky Beetle," " I Have A Big Red Nose," "Firefly," and "Are We There Yet?" is music that makes you smile. Best news for us, he lives and performs in San José, CA!

Make sure you have your workout clothes on before putting on this CD! Every tune is upbeat and energetic, stimulating exercise, touching toes, running around, going to the beach, and all manner of physical fitness and cooking healthful food. Songs like “I am an Athlete” and “Let’s Move,” have a rock pop, electric fusion sound enabled by synthesizer. Others are jazzier, although the whole CD feels like you’re in an aerobics gym. Miss Amy is a singer songwriter, an accredited music educator and a fitness instructor. She has been previously nominated as a Grammy Award Featured Artist for her work on the CD Healthy Food For Thought:Good Enough To Eat (2010). This is her 9th CD. 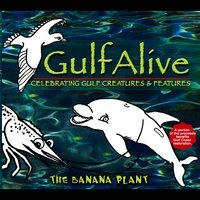 The Banana Plant, Gwen Torres and Sid Berger, hopes to raise awareness about the diverse life that exists in the Louisiana gulf region, through their catchy collection of songs. New Orleans funk, Cajun waltzes, island rhythms and more spice up this musical offering, with its fun and informative lyrics. Titles like “Everything Starts With Plankton” and “Every Drop of Water” teach kids about diversity of life, without sounding too pedantic. And it also speaks to parents, with the gulf area currently under increasing pressure from oil and commercial development. A portion of CD sales benefits Gulf Coast Restoration.

Icons of American music, Patty Griffin, Duane Eddy, Bobby Bare, and Buddy Miller come together to pay tribute to Tom T. Hall in honor of his 75th birthday. This recording is sheer country, with pedal steel guitar, keyboards, accordion, drums, bass and that salty vocal twang. It’s a re-imagination of Hall’s original project, with cute lyrics focused on the animals and the land of Fox Hollow, offering lessons in kindness, care, and conservation. It was recorded in Nashville, of course.

Weigh in here and comment below on which one you think is the winner! 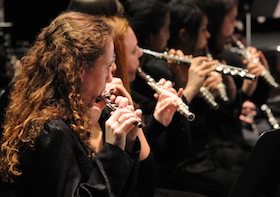 It’s not uncommon for youth symphonies to go on tour in the summer, even to destinations abroad. But for the 10-year-old Napa Valley Youth Symphony, this summer will present an important first-ever tour abroad, as invited performers in the prestigious Gustav Mahler Festival in the Czech Republic.

The annual summer festival is held in composer Gustav Mahler's childhood cities of Jihlava and Kaliste. Napa Valley Youth Symphony, conducted by Ming Luke, will be on the bill with international stars; past invitees were Thomas Hampson, Annie Sofie von Otter, the New England Conservatory Youth Philharmonic, the Prague Philharmonic Orchestra, and Krakow Philharmonic Orchestra. The Symphony will also take the opportunity to visit Salzburg, Vienna and Prague on this exciting tour, summer of 2012. Last year, they took top honors at the Los Angeles International Music Festival at Disney Hall and in 2008, were invited to perform at Carnegie Hall.

It’s the most wonderful time of the year, and SFCV has been working hard to inform you about all of the magical musical activities around. Not only do the larger presenters bring holiday treasures, so do the many smaller venues and organizations, schools and youth ensembles! Here are a few items that may not be on your radar, and are worthy of a look: