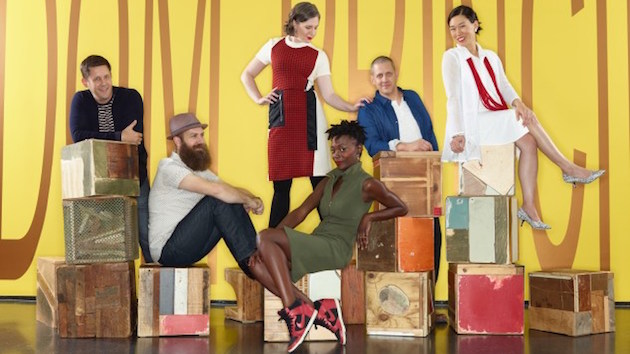 Chicago doesn’t usually underestimate its own importance. Its nickname, “the Windy City,” isn’t about gusts blowing in from Lake Michigan; it’s a derogatory, 19th-century term prompted by Chicagoans’ tendency to brag noisily about their hometown.

Sometimes, however, the city has benefitted mightily from residents willing to fly below the radar. Chicago’s now-fabled theater scene started out in the 1960s and 1970s with young actors, playwrights, designers, and directors setting up shop in tacky storefronts in dicey neighborhoods or suburban church basements. The city had its long-established, mainstream, downtown theaters, of course. But theatergoers hoping to brag about seeing the most viscerally exciting, edgy productions in town frequently found themselves perched on folding chairs in repurposed bowling alleys with nary a big-name star, familiar playwright, or play title in sight.  Today the city and nearby suburbs host more than 200 resident theaters.

Something equally dramatic is happening right now in classical music. The Chicago Symphony Orchestra (CSO) and Lyric Opera of Chicago may sop up the limelight. But bubbling persistently below the surface is one of the most vibrant communities for contemporary music in the country, driven by hundreds of young composers, performers and presenters of wildly varying aesthetic persuasions. Some, such as eighth blackbird, Fifth House Ensemble, Third Coast Percussion, Spektral Quartet, and Ensemble Dal Niente, have already captured national and international attention.  One of new music’s most respected groups, International Contemporary Ensemble (ICE), was established in Chicago in 2001. 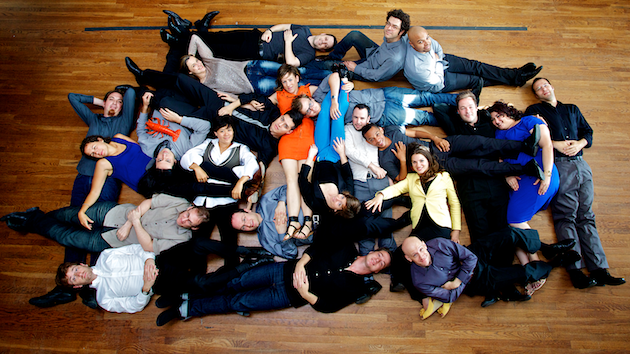 And new blood just keeps pouring in. Manual Cinema, founded in 2010, is a performance collective, design studio, and film/video production company whose projects include luminous productions using shadow puppets, music, and text. Fonema Consort, created by a singer and two composers in 2011, attempts “to close the gap between music-making and drama.” Mocrep, which participated in the 2016 Darmstadt Summer Music Course, aims to synthesize music, theater, and performance art in a way that goes beyond traditional composer-performer partnerships.

As with the theater boom, two major elements fuel this growth. First of all, compared with the East and West coasts, Chicago is a relatively cheap place to live and work. It’s a city where young musicians can realistically expect to pursue their art. 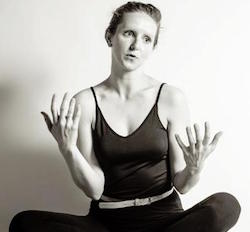 “It’s affordable,” said composer/performer Jenna Lyle. “I think that’s huge.” Lyle received her doctorate in composition from Northwestern University in June and has a full-time job as programs manager for the Arts Club of Chicago, a century-old private club founded to support contemporary art of all types.

"I ended up here because I came to university here,” said Lyle, who grew up in Georgia. “I noticed that a lot of the new music community I was interacting with was connected to my university. Then the more I started to branch out from there, I found that DePaul University had a whole scene, the University of Chicago had another scene, Columbia College Chicago, Roosevelt University. We have all these universities in close proximity in a city where it’s pretty affordable to live. And all those scenes ended up connecting."

That urge to connect is the other major factor propelling new music as a growth industry in Chicago. Most area musicians are more than happy to work with one another. They attend one another’s concerts, they compose music, design sets, write texts, or create video for one another’s performances. 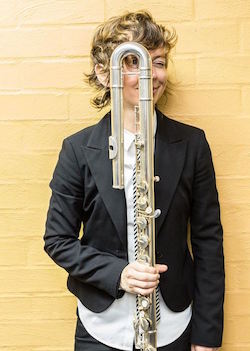 “I think that Chicago’s unusually collaborative,” said Claire Chase, flutist and co-founder of ICE, which relocated from Chicago to Brooklyn in 2006. “There’s a camaraderie and neighborly spirit that may happen to be Midwestern, but it also has an edginess. I love living and making work in New York, but it’s not the same. What Chicago has is really magical and special. The collaborative spirit is catalytic, unique and beautiful.”

Internationally recognized composer Augusta Read Thomas tapped into that collaborative spirit for a freewheeling, six-day festival of new music she spearheaded Oct. 5–10 in Chicago. Titled Ear Taxi, it featured 350 musicians playing works by 100 composers, many of them world premieres. Performances ranged from free, daylong music marathons downtown in the Chicago Cultural Center to ticketed concerts a block away in the Harris Theater.

More than 6,000 people attended Ear Taxi events, according to Thomas, who was the CSO’s composer in residence from 1997 to 2006 and is now University Professor of Music at the University of Chicago. The CSO, the Harris Theater, University of Chicago, and the City of Chicago provided support. All Ear Taxi performers and composers earned a flat fee, and each will receive a bonus check, said Thomas, because the festival earned a small surplus. 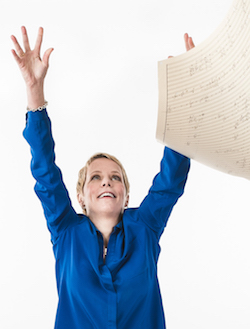 “When it was over, I got so many [positive] emails,” said Thomas. “‘When are you doing the next one?’ I got that question at least 200 times. I felt it really drew a line in the sand for the place we are right now, the vibrancy of the field. It was 500 people working together. That’s a beautiful thing.”

Along with her co-curator, trumpeter Stephen Burns, founder of Chicago’s Fulcrum Point New Music Project, Thomas insisted on including composers whose work ranged from luminous spirituality to raw, nerve-shattering dissonance.

“You had pieces of all types, styles, syntaxes, language, ilks,” she said. “I feel it’s so important to not have a ‘house’ style. There wasn’t any peer pressure, like ‘If you’re going to be on this festival, you’d better write like this.’

“The festival has opened up all these different aesthetics,” she said. “I got a sense that there was a real vibe at the concerts. It wasn’t a dry, academic experience.”

Chase arrived in Chicago in 2001, an eager graduate of the Oberlin College Conservatory of Music seeking her fortune in the big city.  Chicago was then something of a “sleeping beauty,” she said, echoing George Solti’s description of the city where he served as CSO music director from 1969 to 1991.

“But what was happening was the free improvisation scene,” Chase said, “with the AACM (Association for the Advancement of Creative Musicians), the rich history of South Side jazz and the long history of experimental theater. Add to that the long-standing work of a few [contemporary music] groups like Cube and the elder statesmen of the scene. In 2001, it was the perfect open road for a group like ICE to come.

“Many of our first audience members were not new music aficionados,” she continued. “They were from the theater community, free jazz, the improvisation scene, literature. I went to as many poetry slams that first couple of years I lived in Chicago as I did contemporary music concerts. The possibility of cultivating a generationally diverse, stylistically diverse, educationally diverse community was a very organic thing.

“The scene right now is completely different,” she said. “It’s very much a beauty, but it is no longer sleeping. I’m so excited by what I’ve seen, and the number of new groups coming out of Chicago are too many to name.”

The pressing issue now is making Chicagoans and the world beyond aware that the city’s classical music menu goes far beyond Lyric Opera and the CSO. Until recently, there was no easy-to-access calendar of local new music concerts. But a new online magazine, Cacophony, has appeared with features, reviews and a comprehensive listing of upcoming new music performances. Ear Taxi’s detailed website, with links to the websites of scores of local musicians, composers and performance ensembles, will remain online for five years, according to Thomas.

“The challenge is, how does Chicago keep its groups and its artists?” asked Chase. “At a certain point for ICE, we couldn’t afford it. There were more opportunities elsewhere.”

That certainly worked for local theater, judging from a legendary story about the early days of three of Chicago’s most genre-bending ensembles: Kingston Mines, Body Politic, and Organic Theater.

In 1970 Kingston Mines and Body Politic were operating in grubby storefronts a few doors away from each other on the city’s North Side. The director of Organic Theater, then based in Madison, Wisconsin, asked about moving his troupe to the neighborhood. He worried about encroaching on their turf.

“Sure, come on down,” the Chicagoans responded. “When you get here, we’ll have a scene.”

Chicago’s contemporary music creators already have a scene. Pardon them if they want to brag.