I admire much of Lotfi Mansouri's work as Toronto and San Francisco Opera general director (especially his leadership during the War Memorial reconstruction), but he is not my favorite writer.

His autobiography, Lotfi Mansouri, an Operatic Journey, published three years ago, had some fascinating chapters about early life in Iran, but his often personal attacks on former colleagues were not appreciated, even by those sharing some of his criticism. 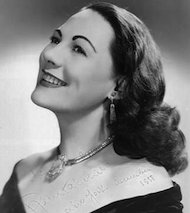 Mansouri is back, with a kind of sequel, True Tales from the Mad, Mad, Mad World of Opera, a slim volume of anecdotes about life in and with opera, co-written by Mark Hernandez. Following 166 pages, there is a 14-page index, to help readers locate references to them... if any.

If the first book was in the "tell-all" genre, True Tales is more the gossipy, jejune kind, without too many sharp knives drawn or sharp, meaningful points made. Yes, opera fans will find it of interest, but most of Mansouri's brief stories are just anecdotes, amusing or not, focusing on foibles, bad habits, poor complexion, moral or other turpitude. Examples:

- James McCracken would not sing Samson when (wife) Sandra Warfield was not cast as Delilah in a Zürich production Mansouri directed, and a "tenor from Paris" was engaged to be shorn by Mary Davenport, whose house contract gave her priority for the role. Randolph Symonette was the High Priest, more incapacitated than indisposed by alcohol. At the climactic moment of the temple being brought down, Symonette poured too much powder into a planned explosion, which created smoke befitting a war zone. All became chaotic, and "everybody laughed and laughed and laughed." 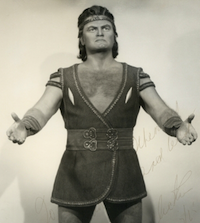 - In a 1963 San Francisco production of Die Walküre, Mansouri's staging called for a tight spotlight on Nothung in the tree. The lighting cue went wrong and the amber light focussed on Jon Vickers' crotch. "He stood stock-still delivering the vocal goods while his other good were highlighted as bright as day." Vickers never realized what happened, Mansouri was congratulated on his "brilliant, psychologically adept lighting."

- Eberhard Wächter, singing Germont, always arrived at the last minute, disregarding Kurt Herbert Adler's order for singers to be in the house an hour before curtain. Chester Ludgin, covering the role, was made to stand by, in costume, warmed up, ready to go on, but Wächter always arrived, "and Chester did it over and over without any payoff — I always thought of it as operatic coitus interruptus," writes Mansouri.

- Renata Tebaldi refused Mansouri's direction to die as Mimi in bed. Mansouri regards it as "the unkindest cut of all" when a review took him to task for "allowing poor Mimi to die in a chair when there's a perfectly good bed in the room." He later realized that Tebaldi had suffered from polio early in life, leaving her with chronic discomfort. "For Tebaldi, and no doubt others, it was important to keep the pain as far away as possible. She may not have been much of an actress, but her singing told all."