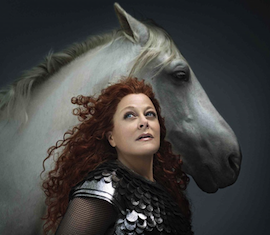 Deborah Voigt and Joyce DiDonato, two of the finest veterans of the San Francisco Opera training program, are in the news today.

From Anthony Tommasini's feature in The New York Times:

Deborah Voigt is still wondering whether, during a crisis in confidence, she made the right decision last month to withdraw from the season-opening production of Wagner’s Tristan und Isolde at the Washington National Opera.

A lot of people “cannot grasp” that singers would do anything to jeopardize their voices, “even if they’re 325 pounds and their knees are giving out and they are borderline diabetic,” she said. But, “I just thought I can’t do this anymore. It’s not worth it.”

She acknowledged that her voice had changed. “I’m not sure I would attribute it to weight loss,” Ms. Voigt said, “which a lot of people do. Maybe it’s age. Maybe it’s where the voice needed to go in order to sing some of these stentorian roles. You don’t sing Brünnhilde as a full lyric soprano, but as a dramatic soprano, and that means more steel in the voice, more silver than gold.” 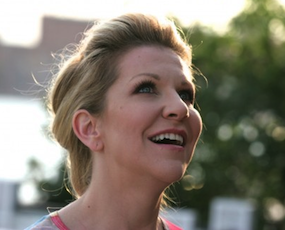 “I think I’m a more interesting artist than I was 10 years ago, just by nature of the work I’ve had the opportunity to do, the physical challenges I’ve had,” she said.

Singing Brünnhilde in the Met’s hotly debated new Ring production was a high-pressure experience, but exciting over all, Ms. Voigt said. She received some positive reviews, but also many harsh ones.

“I judge my performances based on the audience response,” she said. “And I’ve never felt like the general public was disappointed.” The big ovations she received were heartening, she said, especially at the premiere of Götterdämmerung ...

In the current issue of the New Yorker, Alex Ross records his travels with Joyce DiDonato, from Wichita to Spain and points between:

Monday night is karaoke night at the Applebee’s on North Rock Road in Wichita. One evening in April, patrons lined up at a microphone to deliver such songs as “Desperado,” “Sweet Home Alabama,” and “You Raise Me Up.” After someone bleated a selection from “Little Shop of Horrors” — "I am your dentist / And I get off on the pain I inflict" — the m.c. charitably said, “We’ve got a lot of talent in the house tonight.”

They had more talent than they realized. Sitting at a table in the back was the mezzo-soprano Joyce DiDonato, one of the world’s most celebrated opera singers. She had recently performed in Donizetti’s Maria Stuarda, at the Metropolitan Opera, and was about to fly to London for Rossini’s La Donna del Lago, at the Royal Opera House.

She had also toured Europe with a program of Baroque arias, called “Drama Queens,” appearing each night in a voluminous scarlet silk gown designed for her by Vivienne Westwood. At Applebee’s, DiDonato was dressed in jeans and a white top, her medium-length blond hair tucked under a gray trilby.

A 44-four-year-old native of Kansas, she graduated from Wichita State University in 1992, and had returned to make appearances on campus and to see old friends. Although she travels for most of the year and has an apartment near Carnegie Hall, she also owns a condo in Kansas City; there, the previous night, she had sat by her west-facing windows, playing Mozart sonatas on her grandparents’ old piano while a thunderstorm rolled in from the plains.