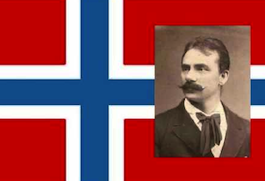 For its 13th season of free concerts, the Mill Valley Philharmonic goes Nordic and, as usual, remains remarkably new(ish) and unusual in programming.

At the Nov. 9-11 concerts, Music Director Laurie Cohen conducts works from Finland (Sibelius' Symphony No. 6 and Finlandia), Estonia (Arvo Pärt's Fratres for Violin, Strings, and Percussion), Norway (Johan Svendsen's Romance for Violin and Orchestra), and Denmark (Vagn Holmboe's To the Seagulls and Cormorants).

Iceland is represented by violin soloist Hrabba Atladottir, well-known in the Bay Area, where she served on the faculty of both UC Berkeley and UC Davis, and was a part of the Empyrean Ensemble. 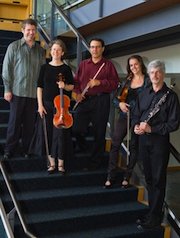 Pärt’s Fratres was featured in the film There will be Blood. The two works that are probably unfamiliar to audiences here are by Holmboe (1909–1996) and Svendsen (1840–1911). The former is the most important Danish symphonist after Carl Nielsen, known for his neoclassical style, and great productivity: 370 works, including 13 symphonies.

Svendsen was a close friend of both Wagner and Grieg, and achieved fame for his orchestration. Romance remains his best-known work, while his symphonies are rarely performed outside of his country, where his Norwegian Rhapsodies are also popular.

All concerts — at Mt. Tamalpais United Methodist Church on Nov. 9-10, Osher Marin Jewish Community Center on Nov. 11 — are free, but the first two are walk-ins. Advance free ticket reservations are required for the JCC.