In 1993, researchers at UC Irvine published a study in the journal Nature showing that 36 undergrads temporarily improved their spatial-reasoning IQ scores after listening to part of Mozart’s Sonata for Two Pianos in D Major. The story got blown up and oversimplified in the mainstream media, which trumpeted the so-called Mozart effect, the notion that listening to classical music makes you smarter. 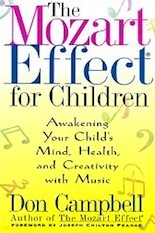 The idea was picked up by politicians and popularized by people like Don Campbell, who wrote the best-selling books The Mozart Effect and The Mozart Effect for Children. He actually trademarked “The Mozart Effect” name, and built a small empire peddling CDs and books that variously claim to heal the body and stimulate your baby’s brain. The Irvine researchers, Dr. Francis Rauscher and the late Dr. Gordon Shaw, distanced themselves from all the hype, which they said distorted their findings.

“Generalizing these results to children is one of the first things that went wrong,” Rauscher told NPR in 2010. “Somehow or another the myth started exploding that children that listen to classical music from a young age will do better on the SAT, they’ll score better on intelligence tests in general, and so forth.”

Yet for all the debate about the effect of music listening and training on general cognitive ability, a growing body of research strongly suggests that studying music can enhance a child’s learning skills, including reading. A significant new Canadian study shows that preschoolers who participated in a computerized musical training program improved their verbal intelligence scores after only 20 days.

Kraus’ research has shown that musicians, who memorize sounds and patterns, can process music and language better than people who don’t have musical training. Over time, she says, musical experience fundamentally changes how the nervous system responds to sound. Among other things, musicians are better at hearing speech in noise, an important skill for kids trying to learn in a bustling classroom.

Kraus argues that music should be taught in schools in part because it could engage attention and memory skills, strengthening kids’ “phonological processing” and enhancing their reading skills. As she puts it, reading and music both involve mapping sounds to meaning.

“In addition to contributing to great amusement and well-being, practicing music does, in fact, appear to make you smarter — at least smarter when it comes to how you hear,” Kraus and her Northwestern colleague, Dana Strait, wrote in a recent study, published in Music Perception, titled “Playing Music for a Smarter Ear: Cognitive, Perceptual and Neurobiological Evidence.”

Kraus, whose lab is in the midst of a four-year study on music education and adolescent brain development, was impressed by a study published in October by researchers at York University in Toronto. It showed a rise in verbal IQ scores among young kids who took an interactive music-training program.

Exploring the Link Between Music and Language 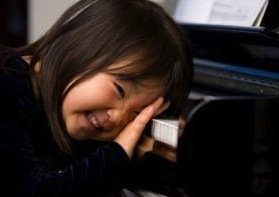 Directed by Dr. Sylvain Moreno, now the lead scientist at the Center for Brain Fitness at the University of Toronto’s Rotman Research Institute at Baycrest, the study focused on 48 kids between the ages of 4 and 6. Half of them participated in an interactive, computerized music-training program; the other half took part in a similar program about visual art. Both software programs were designed by Moreno, using the same cartoon characters, graphics, and tone.

The music kids learned about rhythm, pitch, melody, singing, and basic theory. The art kids learned about line, color, shape, dimension, and perspective. None of the kids had studied music or art before, and none of their parents were professional musicians or artists. The kids participated in the training for two hours a day over a 20-day period.

“The more the music training induced changes in the brain, the more the children improved their intelligence scores.” – Dr. Sylvain Moreno

Before and after completing the programs, each child took the oral Vocabulary and Block Design subtests of the standardized Wechsler Preschool and Primary Scale of the Intelligence test (the vocabulary to measure verbal ability, the block design to gauge spatial ability). The children were also given a “go/no-go” task — pushing a button when a white shape flashed on a computer screen, or refraining from pushing it when a purple one appeared — while electrodes were attached to their heads to record their brain activity.

There was no appreciable difference in IQ scores between the music kids and art kids before the training. But afterward, more than 90 percent of the music kids improved their verbal scores — some by 14 points — while the art kids showed no significant improvement in verbal ability, and only slight improvement in their spatial skills.

Similarly, the music kids showed greater accuracy on the “go/no-go” task after the training. And their brain waves had notably larger peak amplitudes, showing an increase in brain activity. The task, which engages the fronto-parietal networks of the brain that deal with attention, measures what the brain people call executive function.

“Through this musical training, we were able to stimulate a special brain area, and through this stimulation, we were able to raise the verbal intelligence of these kids,” says the French-born Moreno, on the horn from his Toronto lab. “It’s astonishing that we can do that after 20 days!”

He calls the study, published in Psychological Science, a scientific breakthrough. It’s the first to show a causal relationship between musical training and improved intelligence scores and attention, he says, and it demonstrates that the transfer of one cognitive skill to another can occur in early childhood.

“We had brain plasticity in children after 20 days,” he says. “The brain behavior changed after the musical training. And what we found that was crucial was that the change in intelligence was correlated with the change in the brain: The more the music training induced changes in the brain, the more the children improved their intelligence scores.”

Moreno thinks these findings have important implications for people involved in education and the study of brain plasticity.

The results tell him that “music training is incredibly powerful, and there is a special link between music and these core skills of the brain. ... This curriculum, through the power of music, is like a switch button for the cognitive development of children. You turn the switch on to learn.”

Nina Kraus, whose research Moreno and his colleagues cite in their report, gives high marks to the Canadians’ work. “It’s a very important study,” she says. “The effects in verbal IQ scores is a significant discovery.”