Even Poor Tom Can Afford This 'Rake' 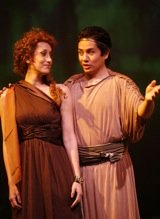 Advantages of the San Francisco Conservatory's production of Stravinsky's The Rake's Progress include expert musical and stage direction by Bruno Ferrandis and Richard Harrell, respectively, the participation of young artists, some of them with star quality, and — let's be frank — prices you won't find at the opera often enough.

Tickets for the staged performances, April 8-11 at Cowell Theater, are priced from $15 to $20. There are two casts, the first listed below to be heard April 9 evening and the April 11 matinee, the second at the 7:30 p.m. performances on April 8 and 10:

A concert in Dresden's Semperoper on the 150th anniversary of Mahler's birth features Thomas Quasthoff in Kindertotenlieder, and the entire program is available free by streaming video.

Jeannine Altmeyer, American soprano with an extensive Wagnerian career (Stuttgart, Bayreuth, La Scala), will give a master class on April 10 at the Berkeley Piano Club, 2724 Haste Street, beginning at 7 p.m.

The event is part of Open Opera's Master Class Series. A $15 donation is suggested.

See Altmeyer performances on YouTube: as Sieglinde, in another Die Walküre excerpt, and as Gutrune in Götterdämmerung.

iPad and the Arts

How up to date and hip is this column? Behold: the iPad report.

Along with the curiously intensive hype for Apple's iPad come announcements of musical and arts applications for the new Swiss Army knife computer (which, as Stephen Colbert has observed, "doesn't make phone calls, just like the iPhone"). Oh, and there are those connectivity issues, but never mind. 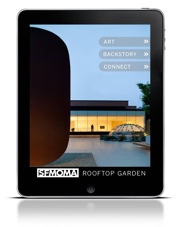 I've been especially intrigued by the Smule announcement of the "Lang Lang-inspired" Magic Piano, for a promotional price of $2.99, the offer "expiring on Mozart's birthday." (Not specified in the ad, that would be Jan. 27, a generous period for discount.)

So what is this new application from a company that has created Ocarina and Leaf Trombone, among others? Not having used an Apple machine since the days of Lisa, I am not at all sure. The description says:

Impress your friends with how quickly you've mastered Flight of the Bumblebee and Für Elise, or just amuse yourself playing Heart and Soul. You get to determine what your keyboard looks like — if a standard piano has too many keys, you can reduce the number to what works for you. And why does the keyboard have to be a straight line, when a circle is much more fun?

Play timeless pieces on spiral and circular keyboards, or follow beams of light — mastery requires only imagination. Play alone or select "duet mode" and Magic Piano will create warp holes, and connect you with Pianists.

I hope an affluent reader with an iPad will report on Magic Piano and its properties. Meanwhile, take a look.

Among other iPad goodies:

The San Francisco Museum of Modern Art announced on the day of the iPad release that its interactive Rooftop Garden iPhone App — a multimedia guide originally launched in January on the occasion of the museum's 75th anniversary — will now be available in an enhanced version on the iPad. The application is available for free download by searching "SFMoMA Rooftop" in the iTunes App Store.

For art by yourself, there is Brushes, a multitouch painting application. Soon enough — if not already — there will be an iPad iCompose program. 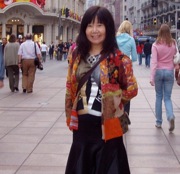 San Francisco Friends of Chamber Music is introducing the city's newest chamber ensemble, the Bridge Chamber Virtuosi. The ensemble — performing for the first time in a fund-raising event at 5:30 p.m., April 11 at the home of Jane Roos and Jean-Louis Le Roux — is already well-known by its individual members.

The ensemble will represent San Francisco at World Expo 2010 in Shanghai, participating in a multimedia project by Joan Huang.

Tonight's the Night for Earplay-SFP Promotion

"This column," as I sometimes refer to my editorial self, often wonders why arts organizations don't work together. We hear about "regional opera," "joint productions," and the like, but for every actual collaboration, there are a hundred missed opportunities.

Cooperation doesn't need to be on the order of building sets and engaging elephants for Aida. It can be something as simple and important as our text for this evening:

Online preregistration is available; tickets run from $40 to $60.

Dancing to Pärt and Rodgers 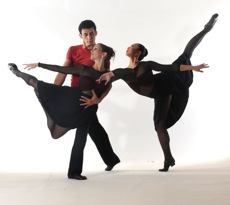 Performances in this "Inside the Dancer's Studio" presentation will be given May 7 and 8, in the Shadelands Arts Center Auditorium in Walnut Creek. The program also includes selections from the company repertoire: Swing by Lynn Taylor-Corbett and Incitations by Kelly Teo.

As part of the Dancer Studio setting, there will be a Q&A session with the dancers after each performance, and a reception after the program. Tickets are $17-$34, available online or (925) 943-1775.