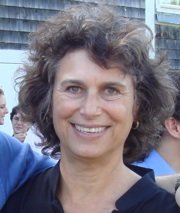 Philharmonic is getting ready for its 11th season of concerts in various Marin locations, open to one and all.

After taking conducting classes at San Francisco State University (wanting to change careers from psychotherapist to high school music teacher), Cohen started the Philharmonic in 2000. Originally, it was called the Tennessee Valley Orchestra — the name change came in 2005 because, Cohen says, "We were getting calls from musicians in Tennessee who were interested in playing. Obviously, we needed better branding."

The goal of the organization is to give talented amateur (called "volunteer") musicians the opportunity to perform orchestral works at free community concerts.

After just six years of playing together, the Philharmonic won the MetLife/American Symphony Orchestra League Award for Excellence in Community Engagement. The same year, in 2006, Cohen received a Creative Achievement Award, the Milley, from the Mill Valley Art Commission. 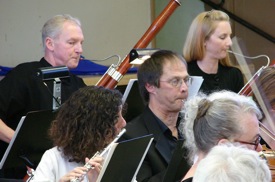 The musicians come from all walks of life, from housekeeper to astrophysicist, and they range in age from students to seniors. The Philharmonic's innovative programming is rare among community orchestras — it includes new works along with classics, even world premieres.

Concerts in Mill Valley and Sausalito locations, Nov. 12-14, will feature the Mozart Flute Concerto No. 2, with Esther Landau as soloist, and the Brahms Symphony No. 4.

There is a Dec. 5 Christmas concert, and the new year will bring programs of the MVP Concerto Competition and choral selections by Schubert and Beethoven with the Winifred Baker Chorale March 11 and 12 in the Dominican University's Angelico Hall, and in the Mill Valley Community Center on March 13. The season-closing June 3-5 concerts present music inspired by poetry, including a world premiere.

Another Gem from Mill Valley

The Mill Valley Chamber Music Society opens its next season on Oct. 10, with a concert by the Takács Quartet. As its Philharmonic neighbor, the Society is also a nonprofit, all-volunteer organization; though it charges admission ... reasonably.

The season's five concerts, plus the annual Marin Music Chest Young Artists Concert (May 15, 2011), are included in the subscription price of $90 general and $45 for those under 18 and full-time college and university students with ID cards.

Held in the Mt. Tamalpais United Methodist Church, as are all concerts, the Takács program includes string quartets by Haydn, Shostakovich, and Mendelssohn.

Pianist Jon Nakamatsu and clarinetist Jon Manasse play the music of Brahms, von Weber, Mendelssohn, and D'Rivera on Nov. 21. The three sisters of the Albers Trio appear on Feb. 13, with a program of Fuchs and Mozart.

On March 13, it's the Ives Quartet's turn, with Mozart, Quincy Porter, and Schubert. The season-closing concert, on April 3, is by violist Jennifer Stumm and pianist Elizabeth Pridgen, playing works by Brahms, Rebecca Clarke, and Britten.

A busy and coveted pianist and accompanist in the Bay Area, Kristin Pankonin is undergoing cancer treatment, and her friends, colleagues, and collaborators are organizing a benefit to help pay medical bills.

Led by Frederica von Stade and Zheng Cao (herself a cancer survivor), the concert is scheduled for 8 p.m., Sept. 24, in the S.F. Conservatory Concert Hall. There is no admission, but donations will be accepted at the concert, or may be made by checks to Kristin Fund, and mailed to Danville Congregational Church, 989 San Ramon Valley Blvd., Danville, CA 94526.

Besides performing regularly throughout the Bay Area, Pankonin has appeared in recital in New York, Hawaii, Washington state, and several European locations. She serves as vocal coach and accompanist at Mills College and the S.F. Conservatory of Music.

There was news for me in the ad appearing with last week's Classical Voice in the sense of "I didn't know that!" The announcement was of Leo Fall's The Dollar Princess performed in Fort Mason, produced by the 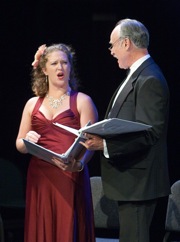 Lyric Theatre Discovery Series. My reaction: who, what, and what?

Reaching the musical's producer, Marc Kenig, provided not only answers but also comforting words about my ignorance:

Lyric Theatre has been presenting light opera and musical comedy in the South Bay for nearly 40 years now. Though we have garnered a great deal of international recognition for our research and revivals of lost musical stage works, locally we have gone virtually unnoticed. In fact, my wife wasn't aware of our work until recently.

Not sure how serious Kenig was about that last item, I felt better nevertheless, but curiosity persisted: Is Lyric Theatre the San José equivalent of San Francisco's 42nd Street Moon? Not quite, said Kenig:

Our mission is to revive works created a bit earlier than 42nd St Moon tackles. Ours are circa 1875-1920. Still, our style is patterned on the staged concert style of presentation, but with the requisite trained bel canto voices and generally larger ensembles required of these works.

Our Discovery Series of short runs of staged concert revivals of "lost operettas" is nearing 10 years. The Dollar Princess is the 11th, but it is the first time we are taking it on the road. In many cases there aren't any modern recordings and the libretti are very difficult to obtain. For The Dollar Princess, a musicologist acquaintance in London located the English libretto in an obscure uncatalogued department of the British Library. We were able to obtain a copy.

For other productions, we found material in the National Library of Australia, the British 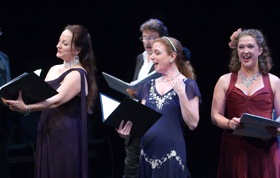 The "dollar princess" title belonged with members of the emerging American money aristocracy at the turn of the 19th century, much disrespected by the British, who found fascination in watching "the antics of the vulgar when surrounded by the refinement of art which she can neither understand nor appreciate." The musical, by Fall and Adrian Ross (lyrics), opened in 1907 as the Die Dollarprinzessin, and migrated to London in its English version, opening in 1909.

And here's another discovery even for most veteran fans of musical theater: Princess ran for 428 performances, sharing the success (and the cast) of a much better known work, The Merry Widow. It even had a run of 288 performances on Broadway the same year.

Fall was also successful with other operettas, Madame Pompadour and Der liebe Augustin (Princess Caprice in London), the latter with an unprecedented 3,360 performances. Fall's opera Der goldene Vogel, performed in Dresden in 1920, with Richard Tauber and Elisabeth Rethberg, pretty much disappeared later.

With the Princess over, you will have to wait for the next Lyric Theatre production until October, when it will offer the Victor Herbert Babes in Toyland in Campbell. No discovery is involved in the company's Rodgers & Hammerstein Carousel, presented in San Jose's Montgomery Theater beginning in March.

A Surprise in Texas: The 13th Van Cliburn International Piano Competition airs tomorrow, Sept. 1, on PBS in most major cities nationwide. For the Bay Area, it's KTEH, channel 10, at 10:30 p.m. on Wednesday, and 4:30 a.m. (thanks a lot!) Thursday. 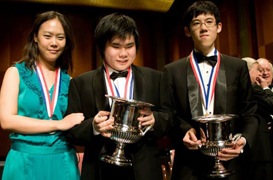 Additionally, you can watch the trailer and/or purchase the DVD from the Cliburn Web site.

The documentary is about last year's competition between 29 young pianists, coming from 14 countries to the 13th Van Cliburn competition in Fort Worth. The film is directed by Peter Rosen, who followed contestants during three weeks of rehearsals, introspective moments, preconcert rituals, and performances.

One of the featured pianists is 21-year-old Nobuyuki Tsujii from Japan, first-place winner. "Nobu" has been blind from birth, and his victory in Texas created "Nobu fever," an inspiration to those who face disabilities, hurdles, or obstacles in art and life. 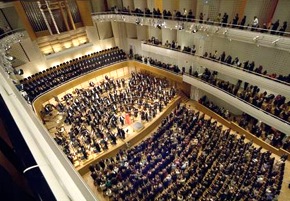 On Friday, Michael Tilson Thomas and the San Francisco Symphony will give a Bon Voyage concert in Davies Symphony Hall before leaving for a European tour (and opening the season at home on Sept. 7).

Besides Milan and Turin, SFS will have a three-day concert series at the Lucerne Festival, one of the Continent's most important summer music events. Playing in the festival's spectacular KKL Concert Hall, the San Franciscans will join the festival's celebration of Mahler on the 150th anniversary of his birth and the coming 100th of his premature death (in 1911).

As on Friday in Davies, SFS will perform Mahler's Symphony No. 5 in Lucerne, in addition to Copland's Organ Symphony. That's the program on Sept. 11; the following night, it's Wagner, Berg, and Beethoven. The final SFS presentation, on Sept. 13, is works by Berlioz and Ravel.

The sensation in Lucerne last week was Claudio Abbado's performance of Mahler's Symphony No. 9, with 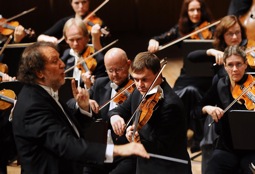 his Lucerne Festival Orchestra. This is the work that ends with a halting, then stopping heartbeat, Mahler's premonition and representation of death. Most conductors — and a few rare audiences — try to put some time between those disappearing final notes and applause, but apparently Abbado accomplished something unprecedented and, to veteran concertgoers, almost incredible.

In all the years, my longest post-performance silence was about 40 seconds (also with Abbado), something that truly "seemed like eternity." According to Shirley Apthorp's report, this is how the Lucerne performance concluded:

Tension on stage had already seemed at breaking point. It rises. For the last bars of Mahler's ninth symphony, Abbado lets the stage lights dim and pulls the tempo back to a point just short of absurdity. The strings, already playing softer than a whisper, are forced to a pianissimo that is barely louder than thought.

Nobody in the audience dares move a muscle, even when the final note fades to nothing.

Abbado, now in full command of every person in the hall, holds the silence ...

What happens in Lucerne goes beyond technique. Even if this is not the best Mahler you will ever hear, Abbado has the charisma to make you believe that it is.

The State of Classical Recordings

In the middle of a Guardian story about Mozart and microbes, interesting enough itself, there is yet another startling statement about the state of the classical-music recording industry:

Critics such as Norman Lebrecht have been warning of the death of the recording industry ... suspicions that have by and large proved correct. Further confirmation is in figures released recently by the BPI which show an alarming 17.6 percent drop in classical sales figures since 2009 against a backdrop or a market-share decline, since 1990, from 11% to a meagre 3.2 percent.

To put this in perspective: a major U.S. release such as Hilary Hahn's recent Bach: Violin and Voice disc, backed by a serious publicity drive (including an appearance on The Tonight Show at the height of the Leno/O'Brien controversy), sold a meager 1,000 copies in its first week and fewer than 500 in the following weeks. To put this in perspective further: These figures were enough for Hahn to leap to No. 1 in the Billboard classical charts.

Musicians of the Detroit Symphony authorized a strike over the weekend, expected to take effect in less than a month. Apparently, the last management offer would have cut top base salaries to $73,800 — a 29 percent cut from current figures.

There are 10 orchestras in the country with base salaries above $100,000, Los Angeles, Chicago, San Francisco, New York, and Philadelphia over $130,000. San Francisco Symphony's $135,460 base salary represents nearly twice of what is proposed in Detroit.

Badly hurt by the recession, the orchestra in Detroit expects to lose $9 million in 2010, and management says the cuts are needed to keep the orchestra alive. The players say such draconian reductions would transform the DSO into a second-class symphony.

Similar conflicts between administrations and musicians are expected to take place in most cities in the coming months and years.