Just a few weeks ago, there was an optimistic report here about mezzo Zheng Cao's recovery from multiple advanced cancers, and now there is better news still. She has responded "impressively" to treatment, according to her doctor, who advised her: "It's time for you to start planning your life." On Sunday, Cao sang at the Bonnie Addario Lung Cancer Foundation benefit event in Golden Gate Park.
Back to top

The Berkeley Symphony has named its Emerging Composers-in-Residence for the next season's Under Construction New Music Series. They are Bruce 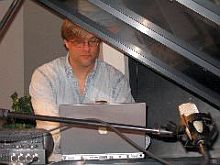 Each composer will develop works to be read and performed under the direction of Berkeley Symphony Music Director Joana Carneiro on Dec. 6 (on the theme of "1969") and Feb. 7 (on "The Greek Muse") at St. John’s Presbyterian 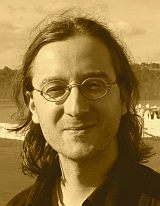 San Francisco resident Bennett is a lecturer in music at San Francisco State University. He received his Ph.D. in music composition from UC Berkeley. A composer of electroacoustic music, he has written works that have been presented at curated events such as ICMC, the Electric Rainbow Coalition Festival at Dartmouth, the Pulse Field exhibition in Atlanta, Sonic Circuits II, Cultural Labyrinth in San Francisco, and elsewhere.

Danville resident da Silva studied piano and composition in his native Portugal. He received his Ph.D. at UC Santa Barbara and 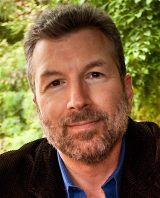 UC Santa Cruz. Since 2004 he has been a composition fellow with the Tanglewood Music Center, Foundacao Ciencia e Tecnologia, Atlantic Center for the Arts, and later this year at the Aspen Music Festival. This is the second time that he has been selected to participate in the Under Construction series.

Composer and violinist Tan is studying composition at UC-Davis. His music has been performed by the Ariana String Quartet, New York New Music Ensemble, Empyrean Ensemble, Mercedes Gomez, and the UCDSO.

On Saturday, the day before the 2009 Cabrillo Music Festival opened, National Public Radio's Weekend Edition with Scott Simon broadcast an interview with 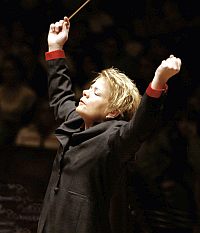 festival director Marin Alsop, a frequent visitor to the program.

Describing the festival's hometown as a "quaint and quirky city, where bumper stickers read, 'Keep Santa Cruz Weird'," Alsop says the "festival is like the music itself: It exists in the moment and never again in the same way. No two days at Cabrillo are ever the same":

Every summer, the 70 stellar musicians of the Festival Orchestra drop their normal lives to fly, drive or bike to Santa Cruz. They camp out with members of the community and come together to work like fiends for a very modest wage of about $62 per day. We rehearse six hours almost every day and perform all new music — tough, challenging and thrilling music.

Also converging at Cabrillo are the composers. Over the life of the festival, we've hosted many of the greats, from Aaron Copland and John Cage to John Adams, Arvo Part, and Elliott Carter. We open up each rehearsal to the community, so people show up with their kids, dogs, friends, and strangers. They absorb a creative exchange among players, conductors and composers, who join us to hear their works come to life.

This sense of shared community is part of Cabrillo's DNA. The seeds of the festival were sowed in the early 1960s at an informal concert series held at the Sticky Wicket Cafe, when a young composition student named Robert Hughes arrived in Aptos, Calif., from Italy to study with composer Lou Harrison. These bohemian events were born out of a shared curiosity about new sounds and new compositions.

This communal desire still motivates everything we do at Cabrillo, and has allowed me to expand to areas that drive my musical passions. For me, Cabrillo feels like coming home — back to special friends and colleagues and connecting in ways that make life feel full.

I share Alsop's sentiments about Cabrillo, but must say the jagged excerpt from the Festival Orchestra's loose performance of Adams' Doctor Atomic Symphony used with the NPR report is disappointing. Compare it with the same excerpt from the work on the Robertson-St. Louis recording, look for "Listen to the Music / Doctor Atomic Symphony: III. Trinity." 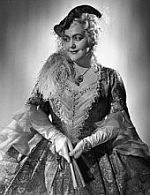 For San Francisco's brand-new bunch of L'amico Fritz friends, there is now an opportunity to hear yet another delightfully overheated Mascagni opera, Isabeau. The entire performance of Isabeau is free on Parterre.com.

You can go directly to Act 1 and Act 2. Tullio Serafin conducts, and the remarkable Marcella Pobbe sings the title role.

There is complete audio of more than a dozen operas on the same Parterrebox site. Of special interest is Zandonai's I cavalieri di Ekebu and Smetana's Dalibor, with a dream cast of Leonie and Lotte Rysanek, Eberhard Wächter, Ludovico Spiess, and Oskar Czerwenka; Josef Krips conducts the Wiener Staatsoper. 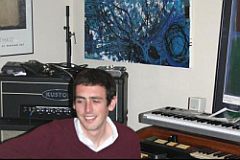 San Francisco electroacoustic composer Derek Phillips is not at a loss for words when asked to describe his music for Cockroach:

What is this Cockroach of which we speak? A "hybrid theater piece" scheduled for its world premiere by Dark Porch Theater at the San Francisco Fringe Festival, Sept. 9-19 at the EXIT on Taylor Street.

The writer is Martin Schwartz (formerly of A.C.T.), Margery Fairchild is director/choreographer. The two describe the work as one "inspired by Noh, Butoh, and contemporary European dance theater." The cast includes Nathan Tucker as a "nearly-deranged homeless man ritualistically returning to the scene of trauma, as goaded by Alison Sacha Ross and a posthuman, insect-like three-man ensemble of dancers in an eerily expressive contemporary sound environment realized by Phillips."

Calling attention again to the 2009 BBC Proms, now in session. Remember the program information, and the URL to listen. Just a couple of suggestions from among the Proms' 100 concerts, both U.K. premieres:

How time flies! It will be the 27th season at Kohl Mansion for the chamber concert series, opening on Oct. 4. The season, says the announcement, "offers a distinguished roster of superb international ensembles including three string quartets, one piano trio, and Music at Kohl debuts by the Philharmonia Baroque 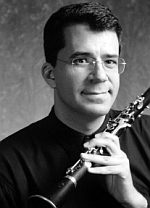 Take away the adjectives and look at the facts:

Nov. 8 — Borealis String Quartet. These resident musicians at the University of British Columbia’s School of Music perform on historic instruments made between 1698 and 1788.

Feb. 7 — Ying Quartet. Returning for the third time to the Kohl series, now with new first violinist, Naumburg-winner Frank Huang, the quartet is in its second decade of touring the world. 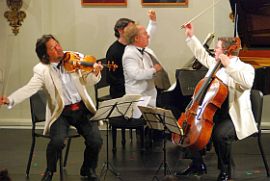 Among all the exciting events at [email protected], the most meaningful for me personally was the Schumann Piano Trio in D Minor, Op. 63, last Wednesday at St. Mark's.

Rare is a chamber music performance by three conductors, but that was the case here, with Jeffrey Kahane, piano; Joseph Swensen, violin; and Paul Watkins, cello. That was interesting enough, and their on-fire performance even more so. But "meaningful" came from one of those rare experiences when you hear music as if for the first time, when you don't merely hear the notes, but hear the music itself.

It was all brilliant — the opening movement "with energy and passion" and the closing one "with fire" being faithful to their names — but the third movement, marked "slowly, with intimate feeling," produced that clichéd, in this case true, moment of feeling time being suspended.

There are precious few music festivals that virtually guarantee a special experience at every concert — Verbier and Lugano come to mind — and [email protected] has become one of them. 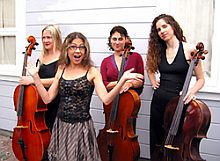 Wallworks events, each starting at 6 p.m., are free with gallery admission (of $7 general, $5 students and seniors):

Next Wave of Global Landscape concerts are held in the Forum, beginning at 8 p.m., with pioneers from the experimental world music and avant-garde music:

From the Land of Gustavo Dudamel 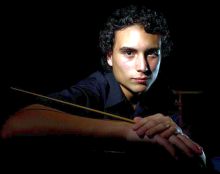 Venezuelan-born Ilyich Rivas will lead the Atlanta Symphony in a summer concert on Aug. 15, featuring the music of Verdi, Mendelssohn, and Tchaikovsky. The soloist in the Mendelssohn Violin Concerto is Elena Urioste, 22, considerably senior to the conductor.

Rivas is 16. Fellow Venezuelan Dudamel — now music director of the Los Angeles Philharmonic — was about the same age when he started conducting the Orquesta Sinfónica Simón Bolívar.

Rivas is already known in the Bay Area from his appearance last year in the Cabrillo Festival Conductors Workshop led by Marin Alsop and Gustav Meier. During the workshop, he made a "significant impression" on both, receiving the position of Conducting Fellow with Alsop's Baltimore Symphony, studying with Meier at the Peabody Institute.

Rivas' performance with the Atlanta Symphony will be his first public concert with a major orchestra.

Arthur Laurents — Not an Obituary

The man who wrote the book for Bernstein's West Side Story, Sondheim's Anyone Can Whistle, the Jule Styne-Sondheim Gypsy, Jerry Herman's La Cage Aux Folles, and the screenplays for The Way We Were, Anastasia, The Turning Point, and many others, is either 93, 92, or 91.

Regardless, to say he is alive and kicking is an understatement.

The Guardian has a marvelous interview with him, highly recommended.