Your Favorite Holiday Music? The Results Are In

Casually asking a few people about their favorite holiday song or music grew like Topsy, and here are a few from among many replies. Most are abbreviated, and any response with "Jingle Bells" or TV commercial soundtracks was ruthlessly eliminated. The project, to give this a grandiose name, is not over: Please participate during the next two weeks by e-mailing your brief responses. And a Happy-Merry-Hanukkah to you all. 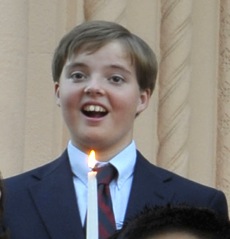 "My favorite holiday music is actually the traditional carols. I like the 'Gloucestershire Wassail' because I can imagine myself back in an old tavern with a mutton chop." [Editor's note: Derek is 14. Mutton chop?!]

"There is mystery in the sound of the melody (pentatonic, 5-tone scale),” he writes. "There's mystery as to its authorship. Folklorist John Jacob Niles passed it off as an Appalachian folk song he collected but later fessed up to having written much of it. His setting is spectacular in its economy, not too little, not too much."

"I love to imagine the incredibly quirky group of six old men and how much fun they clearly had recording this album. Unfortunately, it was only ever available on vinyl, and has long been out of print. Lucky for me, my father burned me a copy when I went away to college. It turned into the best way to clear out a dorm room, with the sound of serpent (bass cornet), harpsichord and countertenor."

"It rocks! The music is varied and beautifully crafted. It's wonderful to introduce Handel to a new generation of excited students, and watch performers and the audience respond to the music. It inspires joy and awe." 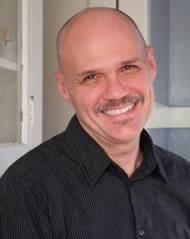 "It is one of my favorites because the rhythms and melody communicate so much joy; it's not even necessary to know what the words are. The boys start to dance every time they sing it; it is just irresistible."

"Great instrumental piece that appeals to anyone listening, evokes spirit and joy of the season, and you can act it out!"

"My favorite holiday music is pretty much dependent on my mood. The cynic in me has always mischievously enjoyed 'Please Daddy Don't Get Drunk This Christmas,' the sentimentalist 'So This Is Christmas' by John Lennon, and the party girl 'Feliz Navidad'."

"This carol from the 1400s exists in several beautiful settings. To me it is one of many carols that links you to happy childhood memories and opens the door to a feeling of mysterious expectation." 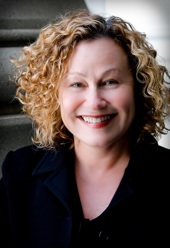 "Not only did the sophisticated city setting seem impossibly glamorous to a child of the suburbs, but I’ve always had an extremely low alto voice and I could really shine with the part that Bing Crosby sings so beautifully. I can sing it as written, without having to transpose the main lyric an octave lower."

Michael Morgan, Oakland East Bay Symphony Music Director: "All I Want for Christmas Is You" with Vince Vance and the Valiants, "Have Yourself a Merry Little Christmas" by Hugh Martin

"Both emphasize the quieter, more reflective and less mindlessly cheerful side of the holiday season. A time of year that should be about bringing people together, setting lives and relationships on a better path, and clearing up the debris of the previous year. Not as jolly, but in the long run far more useful than boughs of holly." 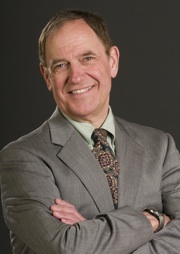 "Not being very religious, I do not celebrate Christmas, but as for music, I have these two favorites. The carol reminds me of my childhood and of Thomas Hardy's "Under the Greenwood Tree". Schutz' "Christmas Story" is a marvelous, noble piece of music. As to the holly, ivy, sleigh bells, and reindeer — I remain totally indifferent."

"A masterpiece, the story of Nativity. It's full of Latin instruments like charangos and pan flutes. When I hear it or sing it, it warms my heart, and takes me back to my childhood sounds full of hot Mexican fruit punch and the piñata in a family of 50 plus."

"Back in the days when I directed church choirs, I loved doing this piece with them at Christmas because of its eloquent, antique simplicity and the feeling it creates that it just dropped right out of the 16th century into our ears." 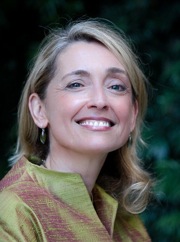 Karen Larson, publicist: "The Holly and the Ivy," with Alfred Deller

"I love Deller's voice and the old English carols. I saw Deller once in concert and was surprised he was a great big guy with a lovely high voice. He remains a favorite."

"The song always makes tears flow, the oratorio is something I can listen to over and over; what treasures!"

"This is a beautiful 16th-century French carol I sang when I was 6 years old as a soloist in my girls school Christmas concert — dressed as a little shepherd. It remains my only major vocal solo in my life."

Joshua Habermann, who was a member of the San Francisco Symphony Chorus 1996-2007, will succeed David R. Davidson as the sixth director of the Dallas Symphony Chorus next summer, working with Music Director Jaap van Zweden.

While in San Francisco, Habermann was one of several singers assisting Chorus Director Vance George in large-scale productions, but was not assistant or interim conductor, as the Dallas announcement mistakenly states. (Habermann's own biography is correct in this matter.)

Habermann, 42, is currently serving as music director both of the Masterchorale of South Florida in Miami, and of the Santa Fe Desert Chorale in New Mexico. He is also an associate professor and program director of choral studies at the University of Miami Frost School of Music.

A native of California, Habermann is a graduate of Georgetown University and the University of Texas at Austin, where he completed doctoral studies in conducting with Craig Hella Johnson. He has also studied under Helmuth Rilling (conducting), Scott Fogelsong (piano), and David Jones (voice).

Philip Glass' 1976 gargantuan opera Einstein on the Beach took a major Metropolitan Opera treatment with Robert Wilson to come to life. It doesn't travel well, but still it's amazing that this seminal work in contemporary music hasn't made it to the West Coast. 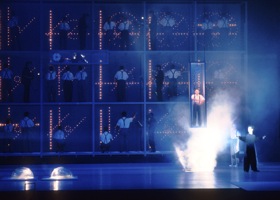 Now, Cal Performances — co-commissioning the production with six organizations in England, Holland, France, and the U.S. — is bringing the work to Berkeley Oct. 19-28, 2012.

Einstein is said to break all the rules of conventional opera. Instead of a traditional orchestral arrangement, Glass chose to compose the work for the synthesizers, woodwinds, and voices of the Philip Glass Ensemble. Nonnarrative in form, the work uses a series of powerful recurrent images as its main storytelling device, shown in juxtaposition with abstract dance sequences created by American choreographer Lucinda Childs.

It is structured in four interconnected acts and divided by a series of short scenes, or "knee plays." Taking place over five hours, the opera has no traditional intermissions. Instead, the audience is invited to wander in and out, at liberty, during the performance.

With Justin Bieber nominated as Best New Artist, perhaps receiving a Grammy Award is no longer quite the thrill it used to be. Still, it's nothing to sneeze at. Scouring the list for familiar names, we have so far spotted:

- The cast album from the Broadway production of American Idiot, which started out from Berkeley Rep

Hansel & Gretel in the Conservatory 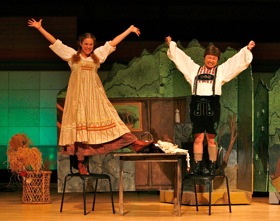 With musical direction and piano accompaniment by Darryl Cooper, and stage direction by Michael Mohammed, the Humperdinck Hansel and Gretel is coming to the San Francisco Conservatory of Music at 1 and 4 p.m. on Dec. 11. Admission is $5.

It's time to discover new talent where once Elza van den Heever sang as a student (and the place where she returned last week as a well-known singer to give a recital). Who may they be? Try:

London Adriana as Close as Your Computer

The much-praised new Covent Garden coproduction (with San Francisco Opera and others) of Cilea's Adriana Lecouvreur is now available on BBC-3 radio. With introduction and intermission features, it's 225 minutes total; Act 1 starts about 20 minutes in. It will be available for streaming through Sunday, Dec. 12.

This is a new production by David McVicar, conducted by Mark Elder. The cast: