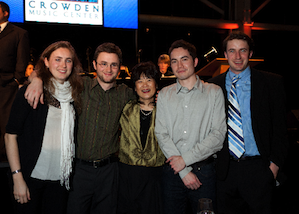 One of the most coveted orchestral positions in the world, first concertmaster of the Berlin Philharmonic, was awarded on Valentine's Day to Noah Bendix-Balgley.

The orchestra, a self-governing organization since its founding in 1882, handles all personnel decisions democratically, including selection of the chief conductor, Simon Rattle (since 2002), who is planning to step down in 2018.

To be exact about Bendix-Balgley's appointment, he will be one of the leaders as the orchestra has two "first concertmasters" — Daishin Kashimoto and Daniel Stabrawa — and just-plain-concertmaster Andreas Buschatz. Bendix-Balgley succeeds Guy Braunstein, who left the Philharmonic last year.

The 30-year-old violinist, currently concertmaster of the Pittsburgh Symphony, is a product of Berkeley's Crowden School, and he was a member of the San Francisco Symphony Youth Orchestra's first violin section in the 1996-1997 season, under the direction of Alasdair Neale.

Bendix-Balgley was born in North Carolina in 1984 and studied at the Jacobs School of Music at Indiana University and the University of Music and Performing Arts Munich. He has won numerous competitions, including the 2009 Queen Elisabeth International, playing the Brahms Violin Concerto. In addition to his activities with the orchestra, he often performs as a soloist and in chamber music ensembles, and he is a klezmer specialist, played with such world-renowned groups such as Brave Old World, and he has taught klezmer violin at workshops in Europe and in the U.S. 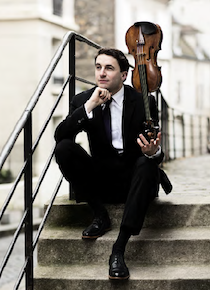 His love of Jewish music and klezmer came from his father, Erik Bendix, an expert in Jewish and other folk dance traditions. Several members of the family played in major orchestras.

Bendix-Balgley began playing violin at age 4, and at age 9, he played for Yehudi Menuhin in Switzerland. His principal teachers were Mauricio Fuks, Christoph Poppen and Ana Chumachenco. Last year, Bendix-Balgley joined the faculty of the Carnegie Mellon University School of Music as an artist lecturer in chamber music.

He performs on a violin made in 1732 in Cremona by Carlo Bergonzi (same name as the great tenor, but two centuries apart). Bendix-Balgley's first recital CD, A Musical Tour of the early 20th Century was published by Anima Records in 2011.

The Pittsburgh Post-Gazette found this interesting bit of information:

Concertmasters of major U.S. orchestras, including that of the San Francisco Symphony, are usually compensated at or above the Pittsburgh salary. In Berlin, figures from 2011 indicate $123,000 base salary awarded by themselves to every member of the orchestra, with only 15% additional pay for principals, probably higher for concertmasters. Still, it is possible that a less prestigious orchestra in the U.S. may pay more (in San Francisco, it was $560,000 for Alexander Barantschik in Fiscal 2011), but there is more to life than worldly riches (say mostly those lacking in yachts and such). 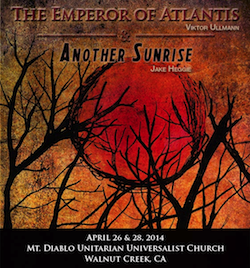 Walnut Creek's Festival Opera has always been a gutsy little company, and now — struggling to get out of a financial crisis spurred by the Great Recession that reduced operations last year — even in the midst of intense fund-raising, it's planning to produce an intriguing, unusual program few big companies would risk.

In announcing the plan for the Spring, Executive Director Sara Nealy writes: "We are doing what we can afford, and using the year to recover from some financial setbacks. Though smaller-scale, we are very excited about the work."

And well she should be: On April 26 and 28, http://www.brownpapertickets.com/event/575923">Festival Opera will present two chamber operas commemorating the Holocaust: Viktor Ullman's The Emperor of Atlantis and Jake Heggie's Another Sunrise.

Ullman's opera, Der Kaiser von Atlantis oder Die Tod-Verweigerung (The Emperor of Atlantis or Death Abdicates), with libretto by Peter Kien, was written in 1943 while the two were interned in the Theresienstadt (Terezín) concentration camp.

The opera satirized the political situation of the war while delivering timeless messages of the power of life and death. A struggle between a deluded, warring emperor and Death itself wreaks havoc on humanity until one of them gains the upper hand. The Nazis did not allow the opera to be performed, and both composer and librettist were sent to their deaths at Auschwitz.

Written in four scenes, the opera features a small cast of singers as well as a 13-piece chamber orchestra. The opera's West Coast premiere was in 1977 by the San Francisco Spring Opera Theater.

Jake Heggie and librettist Gene Scheer — responsible for the 2010 Moby-Dick — created Another Sunrise, which had its world premiere in Seattle in 2012. The Festival Opera production will be only its second production. In the short work, a Polish resistance fighter and Holocaust survivor struggles to tell her story to a tape recorder during a sleepless night.

The work goes to the essence of what it takes to survive, Heggie has said:

I’m particularly inspired by stories of social justice and the inequities of life, and how we are all connected as human beings despite those inequities. The full breadth of Krystyna Zywulska’s work as a memoirist, poet and satirist is still being revealed and given new appreciation. Her story cries out to be told through theater and poetry. 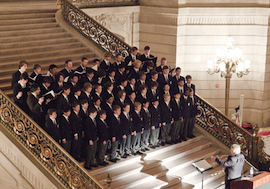 Last week's Music News had an item about the San Francisco Girls Chorus, so it seemed only fair to check in with Ian Robertson, who in his spare time from duties as San Francisco Opera's Chorus Director (for 27 years) has been running the San Francisco Boys Chorus since 1996.

Even in the glow and rush of the birth of granddaughter Isabella (to Elaine Robertson, also a prominent figure on the choral scene), Robertson found time to list the many activities of the huge chorus, which has the Grammy award-winning Concert Chorus, the Graduate Chorale, the Hand Bell Program, and the four-level training chorus school, which includes the Preparatory Chorus.

Earlier this month, SFBC appeared at the Friendship Across the Ocean event in the Palace of Fine Arts, singing with some 200 young singers and instrumentalists from China, and now the chorus is getting ready for: 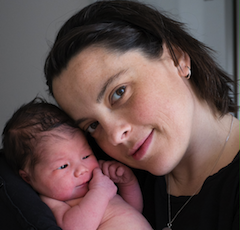 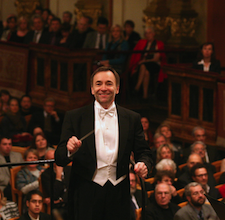 The Haifa Symphony Orchestra of Israel is making its North American debut, including a concert on March 15 at the Marin Center.

Mysteriously (or perhaps just trying to protect sales), the orchestra which recently received an award for being the leading performer of original Israeli compositions, is offering a program of two overperformed warhorses, Tchaikovsky's Piano Concerto No. 1 and Dvořák's Symphony No. 9 ("From the New World"). For a few minutes of semi-novelty, there will be the Overture to Carl Maria von Weber’s Euryanthe.

Leading the orchestra is its principal guest conductor, Boguslaw Dawidow, and the soloist is Israeli pianist Roman Rabinovich, who had made his debut at age 10 with the Israeli Philharmonic, conducted by Zubin Mehta.

Haifa Symphony was founded in 1950, and in recent years has become the focal point of musical life in the north of Israel. Noam Sheriff is the music director. 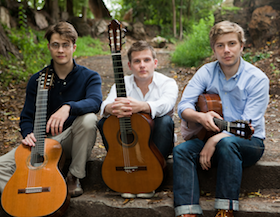 San Francisco's newest new-music organization, Switchboard Presents, will have its inaugural concert on Friday at the Center for New Music, featuring The Living Earth Show, Mobius Trio, and Friction Quartet — all three having opened previously for the Kronos Quartet's four-night run at ZSpace.

All that can be found out about the program is that with Lagunitas as the sponsor of the series, there will be locally brewed beer, and a premiere: Edges by Belinda Reynolds.

The series continues on the third Friday of every month at the Center. On April 12, Switchboard will put on an eight-hour music festival, headlined by the Kronos. As soon as we find out specifics for any of the Switchboard events, the information will be distributed.

The show is promoted with this line: "Sex, drugs, and classical music illustrate what happens behind the curtains at the symphony can be just as captivating as what occurs on stage." No joke, although it's classified as a comedy.

I found this new series while poking around Amazon Prime offerings, and watched Season 1, Episode 1, the pilot, which first became available on Feb. 6. Apparently, interest is not great (yet?) because I was the 228th viewer (and I quit after 15 minutes).

Credits are fairly impressive: the "creator" and chief writer is Roman Coppola (of Moonrise Kingdom and The Darjeeling Limited), the director is Paul Weitz (of About a Boy, In Good Company). There is a large cast, led by Gael García Bernal, Malcolm McDowell, Bernadette Peters, Lola Kirke. Oh, and Joshua Bell.

To quote from the studio's description of what this is all about:

Providing an insider’s view into the underbelly of the classical music machine, we meet guest conductors and star performers commanding over $100,000 per appearance and second-chair oboists struggling to make ends meet. We will also meet players behind the scenes — rich benefactors who purchase million-dollar instruments for up-and-coming prodigies, real estate magnates building new Performing Art Centers not for love of refined art but greed for increased real estate values, and symphony managers who hold the power of hiring and the fate of many hopeful musicians in their hands.

The characters of our show will span age and class, from the young and innocent to the jaded and bitter. These musicians form a very small "family," with no shortage of incestuous relationships or dramatic and temperamental artists, with motivations ranging from becoming a mega star to a pure, intimate communication of this revered art form.

It's all fiction, of course.