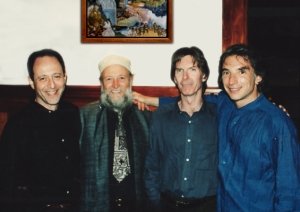 If the establishment of the Grateful Dead Archive in the Bay Area doesn’t sound like an item for Classical Voice, consider that Michael Tilson Thomas deemed it appropriate to include the Dead in one of the most memorable concerts of his tenure, and the fact that both the band and UC Santa Cruz are “local,” so here it goes, from Atlantic, no less:

The Grateful Dead Archive, scheduled to open soon at the University of California at Santa Cruz, will be a mecca for academics of all stripes: from ethno¬musicologists to philosophers, sociologists to historians. But the biggest beneficiaries may prove to be business scholars and management theorists, who are discovering that the Dead were visionary geniuses in the way they created “customer value,” promoted social networking, and did strategic business planning.

UCSC Music Department Chair Fredric Lieberman — ethnomusicologist, coauthor of a Lou Harrison biography, and coauthor of books with Mickey Hart — is in charge of the project. Lieberman is responsible for securing the archives for Santa Cruz, even against bids by Berkeley and Stanford.

On March 5, the New York Historical Society will open the first large-scale exhibit of material from the Dead Archive (now in an “undisclosed location”), then the collection will become the centerpiece of a new campus library at Santa Cruz, slated to open later this year. Pilgrimages are expected from all over the world. 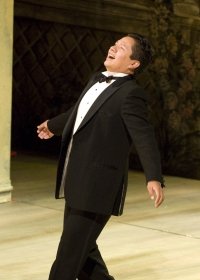 The 28th season of the Schwabacher Debut Recitals, of only three concerts, begins on Sunday, with tenor Eleazar Rodriguez and baritone Michael Sumuel. All recitals are held in Temple Emanu-El’s Martin Meyer Sanctuary on Sundays, beginning at 5:30 p.m.

On March 28, Adler Fellows Susannah Biller and Austin Kness will be featured; on April 18, Leah Crocetto.

They will also sing three duets by Schumann, Gounod, and Manuel Fernández Caballero. The recital will be accompanied by San Francisco Opera Center Director of Musical Studies Mark Morash.

The Bat Flies High (and Married) in Livermore 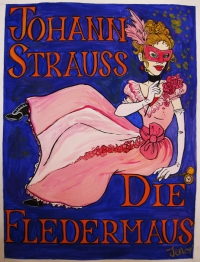 Livermore Valley Opera opens a run of Johann Strauss’ Die Fledermaus on March 13 in Bankhead Theater, Livermore. Additional performances will be on March 14, 20, and 21.

Singing without significant others on stage (as far as it’s known) are David Gustafsom as Alfred, Igor Vieira as Falke, and Cybele Gouverneur as Prince Orlovsky. 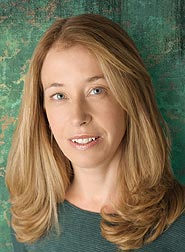 For more than a decade now, the Cypress String Quartet has presented Call & Response, an innovative approach to linking the old and the new by commissioning a composer to “respond” to the “call” of two masterworks of chamber music repertoire that are in some way related.

The next event in the series will feature composer Elena Ruehr, who has chosen Ann Patchett’s novel Bel Canto as a source of inspiration for her new string quartet. The program includes Mozart’s String Quartet in D Major, K. 575 and Schubert’s Death and the Maiden, which were also inspired by literary works.

The event is in Herbst Theatre on Feb. 26. Ruehr will give a preconcert talk beginning at 7:15 p.m.

Jonathan Dimmock’s Artists’ Vocal Ensemble presents choral music “from across the continent” in a program titled This American Land at 8 p.m., Feb. 20, in Berkeley’s St. Mark’s Episcopal Church; at 4 p.m., Feb. 21, in the Walt Disney Family Museum Exhibition Space, The Presidio of San Francisco; and at 7:30 p.m., Feb. 22, in All Saints Church, Palo Alto.

The program is spanning history from the first Western music presumably ever heard on this continent (psalmody of Bourgeois, whose 500th anniversary is this year) to Navajo chant, to a traditional Haitian piece, to African-American spirituals, to Shaker music, to pieces composed as recently as a few months ago by composers such as Judith Cloud, William Billings, David Goodman, Peter Hallock, and Frank Ticheli.

Wheeldon-Winger: No Pride in Prejudice 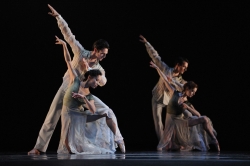 p Winger” as the composer for Christopher Wheeldon’s sensational new ballet, Ghosts, I thought: This will be blues or rock.

And then the piece began and there it was — 30 minutes of terrific dramatic, lyrical, Stravinsky-meets-Sibelius neoclassical music. Shame on me, prejudiced by a name!

And then I read the program. Classically trained (guitar and composition), C.F. — ready? — played bass with Alice Cooper’s band in the 1980s, formed his own band in the ’90s, recording two platinum albums, Winger and In the Heart of the Young. And now this.

Other news from the Opera House: The Ballet Orchestra is most impressive in two Tchaikovsky works at the current all-Balanchine program, David LaMarche getting peerless performances in Serenade in C Major for String Orchestra and the Theme and Variations from Suite No. 3 in G.

Also, there is a new violin soloist for the Ballet, Franklin D’Antonio — he shone in the Stravinsky Violin Concerto (Balanchine) and Prokofiev’s Violin Concerto No. 1 (for Jerome Robbins’ Opus 19/The Dreamer).

The Federal Communications Commission has banned use of wireless microphones and headsets in the 700 MHz band (between 698 and 806 MHz). This is the standard broadcast spectrum used in opera houses and theaters, both for internal communications and (in some unfortunate cases, but not — we are told — in the War Memorial) for amplification.

Effective June 12, all arts organizations must vacate this area of the spectrum, which will be used by AT&T, Verizon, and public safety First Responders. The FCC regards the matter as something of great importance:

Interference from wireless microphones can affect the ability of public safety groups to receive information over the air and respond to emergencies. Harmful interference to these communications could put you or public safety personnel in grave danger.

Legal devices after the deadline will be in the core TV bands (channels 2–51), excluding channel 37.
Back to top

MTT and Berg in Chicago

Michael Tilson Thomas’ guest-conducting of the Chicago Symphony last week received some rave reviews, including this from Lawrence A. Johnson in the http://tinyurl.com/ygehvph Chicago Classical Review:

Berg’s Three Pieces clearly mean a great deal to the conductor as indicated by his extended introduction, with musical examples played by the orchestra, and his comments deftly set the historical and musical contexts.

This is the kind of brilliantly scored “difficult” music that Tilson Thomas excels in, and the CSO under his direction provided magnificent advocacy. From the hush of unpitched percussion that launches this 20-minute journey, the CSO put across the sonic fury and finely detailed brush-strokes of this remarkable score.

The sense of controlled chaos, the collapse of the European order, and the center not holding were manifest in the grinding climax of the Prelude, the distorted Mahlerian waltz fragments, and the violent desperation of the trombone wails.

The CSO musicians gave Tilson Thomas all he asked for and more — at one point percussionist Patricia Dash wields what looks like an oversized carnival mallet — in a performance of staggering power and intensity.

Walküre Who's Who in Hawaii

Hawaii Opera Theater’s Wagner production opening over the weekend features singers familiar from various Bay Area appearances. See if you know who’s who (and enjoy the line: “their singing alluring enough to offset the incestuousness of their relationship”): 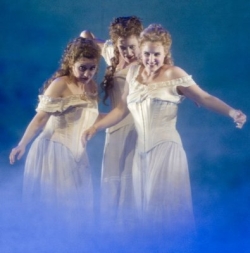 Lori Phillips as Brünnhilde, the eponymous Valkyrie, was quite simply terrific. Her voice started out outstanding and kept getting better, her clarion upper register sending chills down spines. She was matched by Jake Gardner as Wotan, his dark rich baritone commanding and vulnerable by turns.

Their lighter heroic/lyric voices an intuitive match, tenor Kip Wilborn (Siegmund) and soprano Susan B. Anthony (Sieglinde) made a sympathetic human couple, their singing alluring enough to offset the incestuousness of their relationship.

As usual, the “bad guys” had some of the most fun: the tall, large bass-baritone John Marcus Bindel boomed imposingly around the stage as Sieglinde’s coarse and dangerous husband, and soprano Mary Phillips was delightfully nasty as the goddess Frika, Wotan’s righteously wounded and unyielding wife.

The orchestra for the Hawaii Opera Theater is the Honolulu Symphony, a 109-year-old organization in bankruptcy and no longer offering a concert season.
Back to top 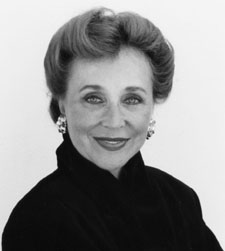 Singer-director-SFCV critic Olivia Stapp lists in her Open Opera blog some indispensable suggestions for young singers. The tips include "Listen, listen, listen to old singers," "Find a teacher in whom you believe," "Record everything and don't expect overnight progress," and "Be gentle with yourself and stay healthy."

With a group of individual prerecorded videos it takes some getting used to the presentation, but innovations often pose a challenge like that.

Culling from the "traditional" press release: 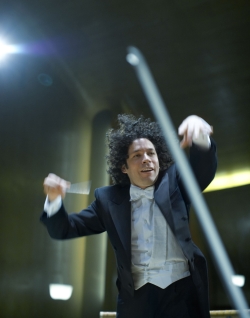 - Dudamel opens the season on Oct. 7 with a gala featuring tenor Juan Diego Flrez; and he will conduct programs during the season including Beethoven, Bruckner, Mahler, Messiaen, and Mackey, plus the complete Brahms symphonies and more during Brahms Unbound.