The Busine$$ of Orchestras

It takes a couple of years and a lot of work to gather data about the financial reports of U.S. symphony 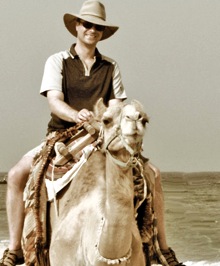 orchestras, but Drew McManus' Adaptistration has once again done the job. The data is for the 2008 fiscal year, meaning the 2007-2008 season. There have been many changes since, but if you want the current picture, you must wait until 2012 — not a good situation.

Adaptisration shows orchestras' (1) total expenditures, (2) compensation of the music director, and (3) the base salary of orchestra musicians. There are, of course, all kinds of variations, exceptions, and howevers in any such compilation of figures, all explained in the document. Here are the top orchestras, in order of their budgets, and just the figures without asterisks or footnotes:

There is one thing that leaps out when assessing these numbers: While orchestra musician base salary is in a relatively narrow range ($91,520-$122,120), music director compensation is all over the place ($809,847-$2.7m), and both sets of figures have an arbitrary relationship to total expenditures.
Back to top 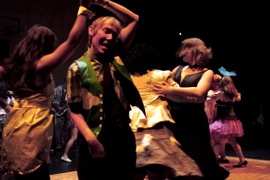 The Contemporary Jewish Museum presents Dan Plonsey's Bar Mitzvah, a multimedia performance piece, composed by Plonsey and choreographed by Eric Kupers, on July 8, at 1 and 4 p.m., at the museum on Mission Street.

A legend of modern dance, Anna Halprin, 90, will give a preview lecture at 7 p.m. on July 8. She is known as a pioneer in redefining boundaries between art, ritual, and community.

Dan Plonsey's Bar Mitzvah was commissioned by the Jewish Music Festival as the centerpiece of its 25th anniversary celebration and is being presented in conjunction with the Museum's current exhibition, Reinventing Ritual.

A composer and sax player, Plonsey has written music for the Bang on a Can All-Stars, Toychestra & Fred Frith, Santa Cruz New Music Works, and the Berkeley Symphony, as well as for his own ensembles. He has performed and recorded with Anthony Braxton, Eugene Chadbourne, and Tom Waits, but more frequently with local greats John Schott, John Shiurba, and Robert Horton. His opera, Leave Me Alone, with libretto by Harvey Pekar of American Splendor fame, premiered at Oberlin College last year.

Kupers has codirected, choreographed, and performed with Dandelion Dancetheater since its inception, and formerly worked with Della Davidson and Margaret Jenkins. He is an artist in residence at ODC Theater.

ScorSer is a huge, free treasure house of music. Search around and you will find 9,022 Bach scores, 4,786 for Mozart, 3,224 for Beethoven, and so on. If you're looking for piano scores in general, there are 43,652 of them. The site also includes a helpful bulletin board for getting answers, and engage in conversations with other music fans. Behold and rejoice.

Playing Chopin When They Were Young

There has been a whirlwind of changes at the helm of some of the country's top orchestras recently: 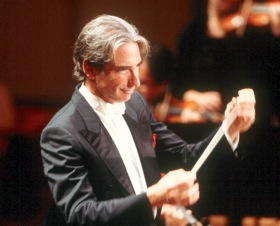 If current speculations about other positions sound ... speculative, consider the surprises of Alan Gilbert in N.Y. and Gustavo Dudamel in L.A. —  a few years ago, who woulda thunk it?

Riccardo Muti starts at the head of the Chicago Symphony this fall, succeeding Daniel Barenboim after a long hiatus; Leonard Slatkin is the post-Neeme Järvi music director in Detroit; Slatkin's old position at the National Symphony is now filled with Iván Fischer, who is Principal Conductor, Eschenbach the Music Director Designate of both the orchestra and the John F. Kennedy Center for the Performing Arts. Marin Alsop took over from Yuri Temirkanov in Baltimore a few years back; and in Pittsburgh, it's Manfred Honeck, succeeding Mariss Jansons (with Andrew Davis as Artistic Advisor for three overlapping years).

So we turn eyes homeward to contemplate the future of the San Francisco Symphony, where Michael Tilson Thomas, 65, has been in charge for 15 years — five more than the usual decade for music directors, but possibly for many more years.

This item is not even a hint about a change coming soon, just idle chatter among music-journalist colleagues about "what-if." The "when" is unknown.

While other late-night e-mail dialogues took up chances of the U.S. team at the World Cup (into the Final 16, I say, and no further), fellow SFCV writer Lisa Hirsch and I started a round of speculation on the order of 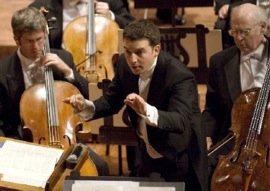 First an obvious list of the unavailable: All the aforementioned new conductors, and most of those they replaced, then busy and not-all-that-well James Levine and Claudio Abbado; Salonen (most unfortunately, as he would be a jewel in the SFS crown).

Then we made a list of those we (Lisa or I or both) are less than sanguine about, even if they were available, some of them of the been-here-done-that variety, such as Seiji Ozawa, Edo de Waart, Herbert Blomstedt, André Previn, Zubin Mehta, and especially Gerald Schwarz and Vladimir Ashkenazy.

Then there is the been-here-not-done-that young folk, such as former SFS assistant conductors James Gaffigan (making his Glyndebourne debut this week), and new-music maven Edwin Outwater? 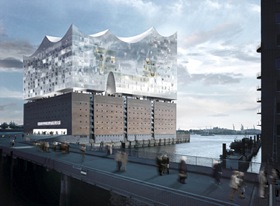 Lisa and I split on Kurt Masur (she said no; I like the idea, notwithstanding his age), but agreed that Lorin Maazel wouldn't be a good fit. We are not fond of Valery Gergiev.

Simone Young is a vague possibility, except that she is about to get one of the world's most exciting concert halls for her Hamburg orchestra, the $400 million Herzog & de Meuron-designed Elbe Philharmonic Hall.

San Francisco Magazine's survey of 14,505 readers (and, presumably, listeners) came up with these results:

Another of the survey's many questions resulted in the third-best of a category actually being the wurst:

Die Walküre Is Leaving, the Ring Is Coming 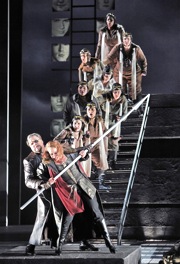 Die Walküre after three more performances (tonight, Friday, and Wednesday, all at 7 p.m.), don't say goodbye, only au revoir — until we meet again.

That will be next summer, when the company presents three cycles of the Mount Everest of opera, Wagner's The Ring of the Nibelung, over four nights. The music alone runs over 15 hours; a full cycle, with intermissions, lasts about 18 hours.

The introduction to this tale of gods, heroes, dragons, a magic fire, and the ultimate cataclysm that ends the world, is the 2 3/4-hour Das Rheingold.

As he has since 1990, Donald Runnicles will conduct Ring performances. The new "American Ring'" production is by Francesca Zambello. The two singers making their debut here in the leading roles of Walküre — Mark Delavan as Wotan and Nina Stemme as Brünnhilde — will return to sing in the entire cycle.

S.F. Opera General Director David Gockley estimates the cost of producing the Ring operas over three years at $23 million (part of the annual operating budget of $67 million), a thrifty alternative to the Los Angeles Opera's current $32 million-plus and probably to the Metropolitan Opera's planned Ring for which no estimate is available (the company has a $291 million annual budget).

There are no reliable figures available until long after the event, but the expected audience of up to 40,000 — including thousands of out-of-town hotel guests and restaurant customers — will contribute significantly to the Bay Area's economy.

The Opera is hosting not only the Ring, but also a citywide celebration of the festival, with the involvement of two dozen arts organizations in symposia, exhibits, films, Ring-related performances, and special events.

"The magnitude of the Ring and the extraordinary legacy of Richard Wagner continues to inspire greater study and understanding for our enrichment and appreciation," says Gockley. "I’m very proud that so many educational, community, and cultural organizations have agreed to present Ring-related programs that are innovative, bold, sensitive, complex, and timely." 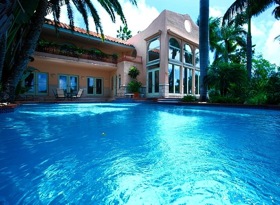 by the architect Frank Gehry, 81, who knew MTT as an 8-year-old in Los Angeles:

"We've had many conversations over many years about music and art and space," explained Mr. Tilson Thomas. And over time, those conversations have led Mr. Tilson Thomas, whose wood-paneled Edwardian in San Francisco is filled with arts and crafts furniture, to include a more modern aesthetic in his 1925 pink stucco Mediterranean home here [Miami] on prestigious North Bay Road.

Despite its opulent surroundings, the Miami house is modestly decorated with tropical patterned wicker furniture and round white paper lanterns designed by sculptor Isamu Noguchi. Sitting in the living room are three pieces designed by Mr. Gehry: his "Wiggle" and "Side" chairs made from layers of cardboard and his "Cloud" lamp, so-called because of its shade's cloud-like appearance.

"Gradually he's making his way in here," said Mr. Tilson Thomas, who is collaborating with Mr. Gehry on a new building for a music school. "Whatever I do next will be more in a sleek, modern design."

Mr. Tilson Thomas also concedes to a tendency to retreat, drifting away from people to finish up on some work or complete a thought in his head. "It's really hard for people to realize that when you're staring into space is when you're doing your best work," he said. His most frequent hiding place here is a room he calls "The Tower."

Reached through the second floor master bedroom, out a door to a roof deck and then up a narrow spiral metal stairway, the room is tiny, about 50 square feet, with wooden blinds on the windows always drawn and an air conditioning unit always going. On one end is a table covered with music scores marked in blue pencil. On the other side is a computer where Mr. Tilson Thomas does his editing.

The phone doesn't ring (he can call out but no one can call in) which he loves. "Left to my own devices I could be squirreled away in some little practice room and never see the light of day," he said.