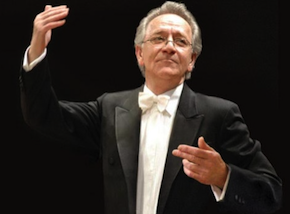 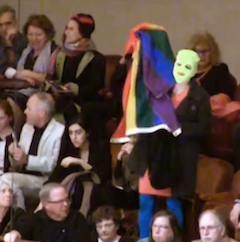 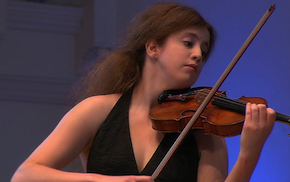 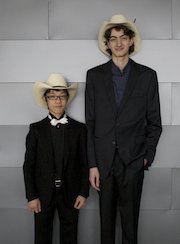 While others wasted time on the 2014 Academy Awards show Sunday night, young award winners and stars of the Menuhin Competition had a true gala in Austin, accompanied by the Cleveland Orchestra, conducted by Giancarlo Guerrero. (On the same site, there are videos of competition performances, but not of the gala.)

The night before, Stephen Waarts, 17, from the Bay Area was named winner of the senior division of the competition at the Butler School of Music at the University of Texas at Austin. He placed second in the contest's junior division four years ago (letting other San Franciscans take top places two years ago, see below).

Every two years, the Menuhin Competition is organized in collaboration between the UK-based Yehudi Menuhin Young Violinists International Competition Trust and an international hosting partner. It is the only such event with a different venue each time. This year's competition marked the first time it was held in the U.S. 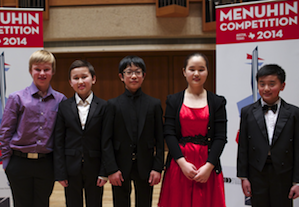 Two years ago, in Beijing, the S.F. Conservatory's Li Lin had two students taking the top prizes: Kenneth Renshaw in the senior division, and Kevin Zhu, then 11, the youngest performer ever to win a Menuhin competition, took the junior division.

In Austin, senior winners, after Waarts are In Mo Yang, 18, from Korea, and Christine Seohyun Lim, 19, American-Korean.

In the junior division: Rennosuke Fukuda, 14, of Japan, placed first; followed by Daniel Lozakovitj, 12, of Sweden; Ludvig Gudim, 15, of Norway; Alex Zhou, 12, of San Francisco; and Jaewon Wee, 14, of Korea. 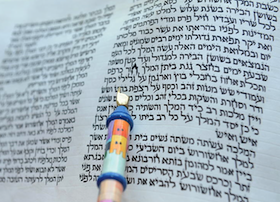 They should have called it "The Sound of Liberation" or something like it, but no such luck. Not to worry, after decoding the title of Di Megileh of Itzik Manger, this item will have a smooth sailing. So let's go step by step.

Purim, which arrives at sunset on March 15 this year, is an ancient holiday marking the deliverance of the Jewish people in the Persian Empire, when they were threatened by a plot. The story is recorded in the Biblical Book of Esther, or "Megillat Ester." (Also "megileh" apparently — spelling of names changes from Yiddish to Hebrew to English; normally, we'd be consistent in English, but with the use of the Yiddish title and role names, it cannot be helped.)

Just before the holiday, the Yiddish Theater Collective presents the West Coast premiere of the Purim musical, Di Megileh of Itzik Manger in the JCC East Bay, March 6-10. All the spoken and sung Yiddish will have English translations projected on Supertitles.

The play is by Itzik Manger, a prominent Yiddish poet, with Israeli composer Dov Seltzer writing the music. 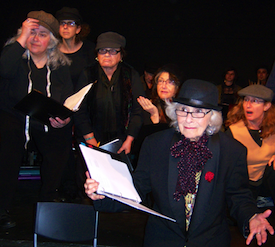 The musical is coming from a successful off-Broadway run last year, when The New York Times hailed,"These scenery-chewing shows, akin to British pantomime or Italian commedia dell’arte, including elements of circus, puppetry and other carnival-like entertainment."

Instead of the original Biblical setting, the musical is staged against the backdrop of immigrant New York City during the 1930s, which was the Yiddish theater's golden age, headed by Boris Thomasefsky, Michael Tilson Thomas' grandfather. The producers promise a "version of the Purim story never learned in Hebrew school."

The gist of the Biblical story is that in Persia, a hundred years after the Babylonian Exile in the 6th-century BCE, Esther, an orphaned Jewish girl wins the beauty contest held by King Xerxes to replace the deposed Queen Vashti.

A high official, Haman, plots to kill the king and all the Jews, but Esther reveals the conspiracy to the king, who has Haman executed, and in gratitude, he grants Jews protection throughout the land, an act that assured Jews a home in Persia for centuries, prompting the celebration of Purim, "days of feasting and gladness."

The musical, in collaboration with KlezCalifornia and the 29th Jewish Music Festival, pulls together a dozen well-known artists from the Bay Area, including actresses Naomi Newman (founder of the Traveling Jewish Theater) and Joan Mankin (active with A.C.T. and other companies), who provide the narration. 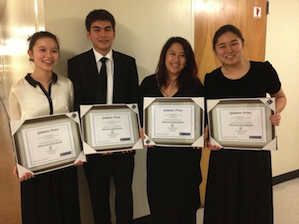 The Sunday concert at Kohl Mansion will also be preceded by a free public master class, beginning at 5 p.m., with the Chiaroscuro Quartet, winner of the inaugural Galante Prize for best precollege chamber ensemble by the Alexander String Quartet. 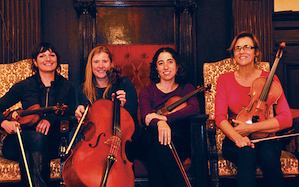 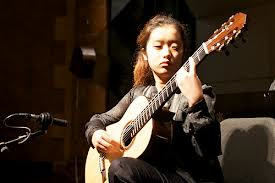 There are many teenage stars among violinists and pianists, but a 15-year-old classical guitarist with international renown? Californian Jennifer Kim is that rare artist, hailed by Pepe Romero as a "wonderful musician," the Grand Prize Winner at last year's Los Angles Music Center Spotlight Awards, and featured a few months ago on NPR’s At the Top broadcast.

She will be the soloist on the Mill Valley Philharmonic's next free concert series, March 14-16, under the baton of MVP Music Director Laurie Cohen. On the program: Joaquín Rodrigo’s 1939 Concierto de Aranjuez, a work so beloved in Spain that there is a monument to it in the city of Aranjuez.